Read Sinha’s view in NDTV Proud To Fail The New Standards on Patriotism! 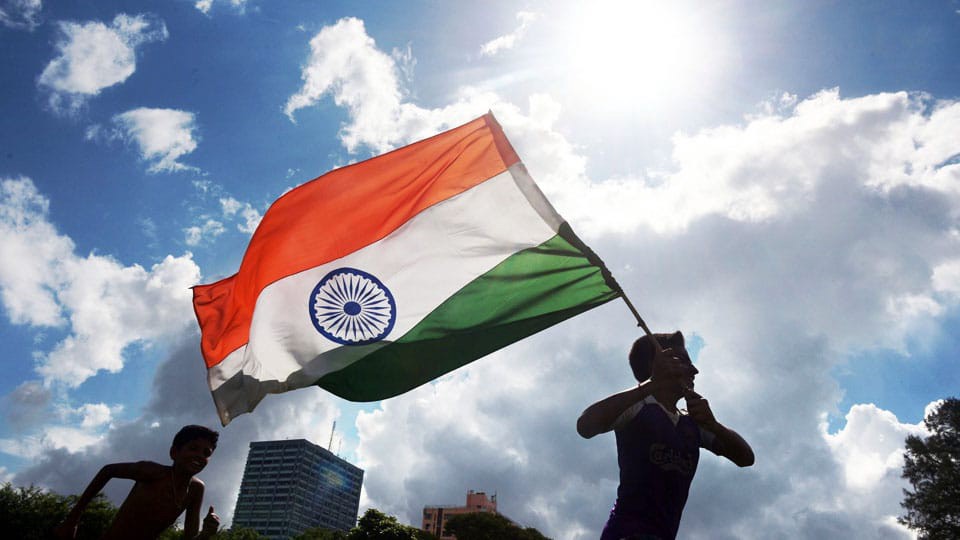 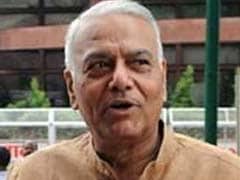 A new wave of patriotism is sweeping through the land. We have not seen the likes of it before. This new cult of patriotism does not merely stop at claiming loudly "I am a patriot", it extends to giving certificates of patriotism to others – and includes the right to brand them as anti-national.

The definition of 'anti-national' applies with extra credit to all those who are against the government of the day, or critical of it. New terms have flooded the lexicon like 'Tukde Tukde Gang', 'Khan Market gang', 'Lutyens Lobby', 'Urban Naxal', 'Andolan Jeevi', etc. One set of people has acquired the monopoly over patriotism. According to them, they are the real patriots, and those before them were pseudos. So, if you want the nation to survive and flourish, these new patriots must be allowed to rule forever. Even our great freedom movement pales into insignificance before the bright light of this new patriotism.

Let me therefore admit that according to this definition of patriotism, I am no patriot because I am critical of this government. Let me also admit that I belong to the 'Tukde Tukde Gang' and to all the other 'non-patriotic' groups. Having settled this issue, let me proceed with the points I wish to make and let me begin with the most sensitive of them. We have just observed the second anniversary of the tragic Pulwama attack (February 14 2019) in which 40 CRPF personnel were martyred. This naturally led to a huge national uproar for revenge. And revenge we took by attacking Pakistani terrorist hideouts in Balakot and killing a large number of Pakistani terrorists. The nation was satisfied and the people of India returned to power the ruling coalition at the centre, led by the BJP, with an even bigger majority.

Can you imagine how elated we all felt post Balakot? I was at my home in Hazaribagh (Jharkhand) during the 2019 elections. One day, a family dropped in to see me. They had with them a young boy no older than ten. As generally happens on such occasions, the family was keen to show off the talent of the young lad. So they encouraged him to tell me whom he would vote for in the forthcoming elections. After some prodding, the boy said shyly that he would vote for Modi. "And why" was the next question. "Because he defeated Pakistan" was the reply. I was stunned. This was the impact of the Balakot air strike and the way it was milked for electoral purposes by the Prime Minister personally and his party in general.

There were some questions, no doubt, about why the Pulwama attack was allowed to happen. They were all dismissed as the shenanigans of anti-nationals. The demand for an enquiry into the obvious intelligence failure which led to the attack had no takers. It all got lost in the huge upsurge of patriotic sentiment which followed the Balakot air strike. Now, Anando Bhakto of the Frontline magazine has done a great national service by putting together some of the facts relating to this unfortunate terrorist attack. He spent more than a year in Kashmir, did his research meticulously and has put out facts which should shame this government. According to Bhakto, there were at least eleven 'actionable' intelligence reports about such a terrorist strike. An 'actionable' intelligence report is one which is so specific that it can and must be acted upon. Why were these reports ignored? The question has never been answered, and perhaps never will be, because after all, these are the doubts created by anti-nationals. Modi turned to his advantage Rahul Gandhi's accusation of 'Chowkidar chor hai' (the watchman is a thief) by saying that he indeed was a 'chowkidar' of the nation, and look how he had guarded its interests by taking revenge for Pulwama. According to Bhakto, Modi used the word 'chowkidar' a whopping 106 times, 'terrorism' 24 times and 'Pakistan' 15 times during his election speeches. In comparison 'development' was used only 31 times. He thus exploited the issue of Balakot to the hilt during the elections.

This, to my mind, raises a major issue which must be debated, 'Godi Media' notwithstanding. If raising national security issues for electoral gains is patriotic, how is it unpatriotic to raise doubts about the failures of the government on the national security front? 'Godi Media' rushes to attack people asking such questions as if they were questioning the valour and courage of our armed forces. This is far from true, but this is how such questions are sought to be rubbished. We should not allow ourselves to be deterred by such tactics and must continue to question the government on issues of national security in national interest.

Bhaktot has quoted Modi as saying in the first week of March 2019 in Ahmadabad "Ye hamara siddhant hai ki hum ghar mein ghus kar marenge" (It is our principle to hit the enemy inside its territory). People went wild after this statement. A new wave of jingoism swept the country. After all, we always wanted a strong and determined leader like him who would protect national honour. Even Indira Gandhi and her Bangladesh war faded into oblivion before this new all-conquering hero.

Twenty of our braves, including a commanding officer, were martyred in fierce hand-to-hand combat with Chinese soldiers in the Galwan Valley on June 15 last year. The nation was outraged. But this time, Modi kept his cool. He conveniently forgot his principle of 'ghar mein ghus kar marenge'. On the contrary, we are negotiating with the Chinese patiently in round after round of talks with limited results. The government is also not telling the people the truth about Ladakh where, according to knowledgeable experts, the Chinese have occupied and are staying put in our territory. Clearly, Modi's principle of 'ghar mein ghus kar marenge' is a principle of convenience, to be applied to the weak rather than the strong, and its observance depends on whether there are national elections round the corner or not.

In the meanwhile, the nation should be grateful to Bhakto for researching these facts and bringing them into the public domain. It is not too late for the Opposition to ask for an independent enquiry into the Pulwama attack, though I am aware that in our country there is no agency, including the judiciary, which can be trusted with such a job. Perhaps, a Joint Parliamentary Committee comes closest to filling the bill, not because it will necessarily uncover the entire truth, but because such committees are by nature leaky and a lot of facts come out in the public domain in the course of its enquiry. The people of India have a right to know why Pulwama was allowed to happen. What happened to that infamous Deputy Superintendent of Police, Devinder Singh, whom I used to regularly meet at Srinagar airport during my visits; and how much of Indian territory in Ladakh is still under Chinese occupation?