Ramachandra Guha wrote on Dec.10th Why The Gandhis Must Go Now 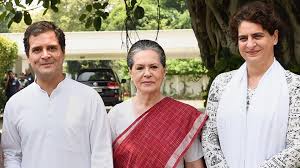 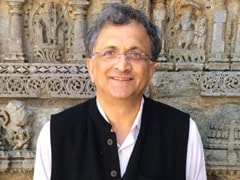 “News is not news if it is not new!”  This is just an example of rear-view driving, which expert  drivers do constantly. We writers also do it once in a way, especially when it  make makes more relevant what is happening right under our nose now, the Kerala election results announced and analysed yesterday.

Compare it with the performance of UDF (Congress) with what writer Guha wrote a week ago to draw your conclusions. This writer has no affiliations with any party or organized religion, although he has voted for ‘honest’ individuals in all parties.

Right time now: yes or no?

Had we published it – we had noted it for publication but was waiting for the right time —  then it would not  have had the impact to provoke you to think and react. Now the right time has come! So here it is below to react and do your mighty bit to act as “We the people” the voting public who alone are to be the rulers of Indian Democray. CRAZY? james kottoor, editor ccv.

Read below the renowned writer Guha!

A recent headline in the Hindustan Times summed up all that is wrong with the Congress Party today, and why under its present leadership, the party cannot present an effective or credible alternative to the Bharatiya Janata Party. The headline read: "Sonia Gandhi not to celebrate her birthday in view of farmers' protests, Covid-19". The vanity and self-regard in this public pronouncement was staggering, if entirely characteristic. Do the Gandhis think they are akin to royalty, so that the cancellation of one of their birthday parties becomes a mark of identification with their suffering subjects?

Consider these facts. The three most important individuals in the Bharatiya Janata Party are named Modi, Shah, and Nadda. They are unrelated to one another. They grew up and continue to live in three different households. None had a family member who was previously in state or national politics. In professional terms, Modi, Shah and Nadda are all wholly self-made. They have got to where they are through their own efforts.

The three most important individuals in the Congress Party are named Gandhi, Gandhi, and Gandhi. They are all part of the same nuclear family – one is the mother of the other two. For much or most of their lives they have lived under the same roof. All entered politics because another person in their family had occupied a position of power which was sought to be passed on to them. (The mother joined the Congress as the wife of a past Prime Minister, the children came into the Congress because both their parents had served as Party President). In professional terms, Gandhi, Gandhi and Gandhi are all entitled and privileged. They are where they are because of their surname.

Modi, Shah and Nadda are united by a shared political ideology, that of Hindutva. Their commitment to their party and ideology transcends personal or familial interest. It animates them to work hard, so as to win and consolidate power, so as to enable the construction of a theocratic state run in the interests of Hindus alone.

On the other hand, it is hard to see any sort of common ideological thread uniting the political careers of Gandhi, Gandhi and Gandhi. Sonia and Rahul claim to be principled secularists one day and promote soft Hindutva the next. They take credit for the free-market reforms promoted by past Congress governments one day but pour scorn on entrepreneurs the next. In her brief spell in politics, Priyanka has not revealed her views on major policy questions. Perhaps all that unites the family is their shared belief that they have a divine right to run the Congress Party (and India itself).

The top leadership of the BJP differs from the top leadership of the Congress in three fundamental ways. First, they are self-made. Second, they have an ideology beyond family privilege that animates them. Third, they work incredibly hard. Midway through the recent election campaign in Bihar, Rahul Gandhi left to take a holiday in Himachal Pradesh, prompting a senior leader of the Rashtriya Janata Dal to remark, "Elections were in full swing here and Rahul Gandhi was having a picnic at Priyanka-ji's house in Shimla. Is the party run like that? Allegations can be levelled that the manner in which Congress party is being run, it is benefitting BJP". More recently, an even older ally of the Congress, Sharad Pawar of the NCP, has also called into question Rahul Gandhi's capacity for leadership.

After the NDA won the Bihar elections, rather than rest on his laurels, the BJP President, JP Nadda, immediately announced that he would undertake a hundred-day yatra to strengthen the party in areas where it was perceived to be weak. He thought that notwithstanding the BJP's control of the centre and of most states in the North and West, it had to increase its footprint in the South and East. However, while victory encouraged Nadda to take to the road and work even harder, defeat encouraged Rahul Gandhi to take refuge in his favoured and, for the most part, only theatre of political activity-namely, Twitter.

While this writer is a critic of the Congress in its present avatar, he is an even greater critic of the BJP. If he does owe allegiance to a political party, it is to the Congress of Mahatma Gandhi, a party to which the Congress of the faux Gandhis bears absolutely no resemblance. The original Congress led the freedom struggle, and after Independence, helped build the basis of a democratic and secular Republic. Hindutva as represented by Modi and Shah threatens to extinguish that Republic entirely. However, the costs of Hindutva will not be restricted to the social and political realm alone. For, apart from undermining independent institutions and persecuting minorities, the Modi Government has run the economy into the ground as well as lowered India's standing in the world.

And yet, despite all its manifest failures, the Modi-Shah regime shall be difficult to dislodge electorally, at least so long as the Gandhis lead the principal Opposition party. For, apart from being entitled and ideologically confused, the family that heads the Congress is incapable of working hard. Sonia Gandhi once was, but with age and ill-health, she has lost that capacity. Her children never had it in the first place. Their episodic search for photo-ops prompts extravagant praise by their supporters on social media, although these photo-ops are rarely followed through. When she was stopped on the road to Hathras, her fans immediately saw in Priyanka Gandhi a Chief Ministerial alternative to Adityanath, such talk subsiding after the Congress's pathetic show in the UP by-elections.