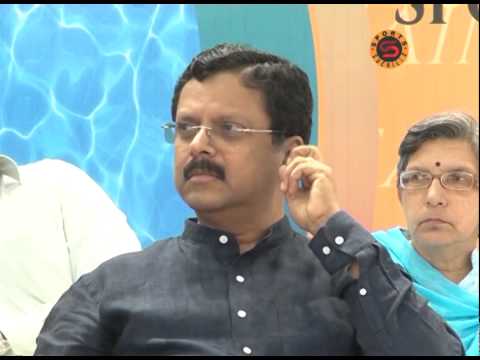 In his eagerness to prove himself "more loyal than the king", Mr Jiji Thomson (like so many others) misses the argument.

Dear Mr Thomson, we are ALL Indians, not just the Hindus among us, but also the Muslims, the Christians, the Buddhists et al. Ergo, our traditions too are INDIAN traditions.
It's not as though only Hindu traditions are Indian; Christmas for instance is as much part of our Indian culture – go to any major city at Christmas time and watch how people celebrate. In many towns in the North, an Id is celebrated with gusto by all, not just by Muslims. Are you now telling us that our cities are not Indian?
With very few exceptions (like Israel – and Pakistan, though even the latter was not Jinnah's idea), a nation is based not on religion but on territory: those who live in a particular territory claim to own and belong to that territory. As for how different people in the same territory try and make sense of concepts that are beyond all of us (God, life after death, etc.) that is the province of religion and philosophy. That has nothing to do with their sense of belonging to their land. If you, Mr Thomson, use a calculator to figure out how much is 37037 x 33, someone else uses his fingers to do so, yet another uses "modern maths" to do so, and yet another uses "Vedic Maths" to do so, you might all arrive at the same answer. If the problem is really abstruse, maybenone of you may arrive at an answer, though some may think they are closer to the correct answer (which none of them knows) than others. But in either case, none of this has any bearing on the territory they live in or the land they consider their own. Religion is like that – it's part of your individually trying to make sense of the infinite – and just because the majority think in a particular way (a) does not mean they are right and (b) does not make the others belong less to their land.
If the Gayathri mantra (which is Hindu) must be sung in churches, why shouldn't Mass be celebrated in gurdwaras or mosque, and why shouldn't Hindus or Buddhists pray 5 times a day facing Mecca? Please do not mix up Indian-ness with Hinduism.
Kurien

Christians in India give the impressions that they are the ‘representatives’ of a foreign institution, said Kerala chief secretary.

The Christian community in the country should imbibe more from Indian traditions and culture, Kerala Chief Secretary Jiji Thomson said on Friday.

The biggest challenge faced by the Christian congregations in the country today was the failure to produce true disciples of Christ, he said while delivering the memorial lecture organized by the Syro-Malankara Catholic Church to mark the birth centenary celebrations of Archbishop Benedict Mar Gregorios.

“The reason why Christianity has failed to take deep roots in India is because of the impression that Christians here are the ‘representatives’ of a foreign institution,” he said.

Archbishop Mar Gregorios was a ‘sanyasin’ in the true Indian tradition who believed that the Christian thought was an integral part of Indian culture, Thomson said.

Finance Minister K M Mani, who inaugurated the program, remembered Benedict Mar Gregorios as a good shepherd, an institution builder and a social leader who strived for communal harmony. An individual who stood on the uppermost rungs of the Church hierarchy, Mar Gregorios was respected by people belonging to all religions.

“He was a Karmayogi who strode way ahead of his age. He left his imprints on the social, spiritual and cultural spheres of the state,’’ Mani said.