Proposed law set to allow abortion up to 24 weeks 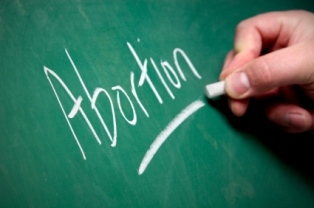 New Delhi (Story: Matters India) — Fresh fears about risks to women’s health by allowing Ayush doctors to conduct abortion and ambiguity on the proposed extension of gestation period may force the government to keep the Medical Termination of Pregnancy (MTP) amendment bill out of Parliament in the upcoming monsoon session.

Already embroiled in a debate on patient safety versus access to healthcare with the addition of ayurvedacharyas, homoeopaths and nurses to conduct MTP, the bill is now witnessing a new dispute with a recent a study in an international journal pointing towards “contradictory” amendments to the law posing risk to women’s health.

However, putting aside concerns over the proposed changes to the 1971 law, authorities involved in drafting the new law said the proposed amendments would extend the gestation period from 20 weeks to 24 weeks for “special categories”, which is likely to include single women with unwanted pregnancy, disabled and other vulnerable women, The Times of India reported.

Besides, the law would also allow abortion any time during the pregnancy for “selective” foetal abnormality, which cannot be detected during the 20-week gestation period.

Currently, the law allows medical abortion till 20 weeks of pregnancy.

“A law is an Act of Parliament. Once the amendment bill is passed in Parliament, the ministry will frame rules to define each and every category. Clarity will come with rules,” an official said. He added that even in case of allowing Ayush doctors to conduct medical termination of pregnancy, rules will ensure such doctors or paramedical staff receive “required training”.

In a recent study published in British Medical Journal (BMJ), Mumbai-based consultant in obstetrics and gynaecology Nikhil Datar said the proposed amendments to the abortion law were “contradictory” and needed “urgent redrafting”.

He said among the proposed changes were that for terminations between 20 and 24 weeks’ gestation, a woman must fall into one of the “categories” defined by the government. Yet, the draft legislation did not define the “categories” and did not provide a clear solution to a woman who has a substantial foetal abnormality but who is not included in any “category”.

Besides, Datar also raised objection to inclusion of Ayush doctors for abortion, saying it could lead to unsafe abortions.

However, public health experts said Datar had misunderstood the proposed changes which came with ample safeguards in favour of women so that the abortion law was not misused.

“Expansion of the provider base along with amendment to extend the gestation period will bring incredible benefits to women’s life as well as her rights,” said Vinoj Manning, executive director, IPAS India, a non-profit organization that works to increase women’s ability to exercise their sexual and reproductive rights, and to reduce maternal mortality.

According to Manning, the amendments would increase women’s access to safe abortion and, therefore, the government should attempt to pass the bill in Parliament at the earliest.

On opposition from allopathic doctors on inclusion of Ayush doctors to conduct abortion, Manning said technology for abortion had become simpler now with tablets replacing invasive procedures. “The law must keep pace with technology and rationalize its use,” he said.

Estimates show that around 7 million abortions are conducted every year in India, of which 50% are illegal. The rate of maternal deaths attributed to complications from unsafe abortions is estimated at 8%.