Prime Minister Needs to Speak up on Beef Killing 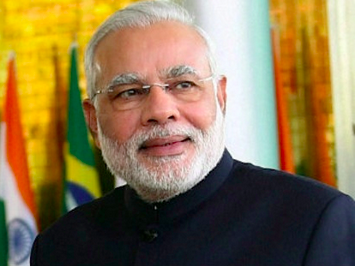 (Note: Indeed a lunatic fringe is strangling India, its democratic credentials, its good name as the Light of the East for its age old spiritual and moral values. These  lunatic  elements are tightening their hold not only in the political  but also in social, cultural and religious fields. Recently we saw it rearing its ugly head among Christians when a so-called enlightened person called for a ban against the staging  of “Agnes of God,”  on the flimsy ground, it offends religious belief and sentiments of Catholics.  It got petered out in the face of strong supportive voices from among the Catholics themselves. Similar things should happen among the rank and file of the BJP supporters. It is here we fondly think of Vajpai who not only spoke of, but  practiced Raj Dharma, to endear himself to all. The pity is his example is losing its hold even on Modiji, though Ataji spoke of Raj Dharma, precisely to act as a Mentor to the then CM of Gujarat. james kottoor, editor)

The brutal killing of a man in Bisada village in Dadri in Uttar Pradesh, not far from the Indian capital, on suspicion that he consumed beef after killing a cow was more than a murder. It was an attack on one of our most cherished values, protected by the constitution: secularism. It was an assault on the very tenets of Indianness, a value we profess to cherish.

To force someone to eat something against his cultural ethos or to forbid someone from partaking something he may have been consuming tantamounts to interference in someone's religion.Tomorrow, someone may declare that eating mutton and pork won't be allowed in the country.
It is fine if someone does not eat meat of a certain animal due to religious considerations. But to kill someone for his food habit is abject criminality and should be dealt severely.The Dadri lynching has to be viewed in the light of other incidents reported from other states. These have to be considered in totality to see how a lunatic fringe is strangling the country.
A shutdown was observed on October 9 in three towns in Jammu region to protest alleged bovine slaughter a day earlier in Chenani town, 80 km from Jammu.Shops, educational institutions, public transport and other businesses were paralyzed in Udhampur, Reasi and Chenani towns in the wake of tension after some people found the carcasses of three bovine animals.

Though officials maintained it was a suspected case of poisoning since the carcasses did not have cut marks to denote slaughter, the protesters were unwilling to listen to the voice of reason.  Then two youths were beaten up in Uttar Pradesh's Mainpuri town the same day when they were allegedly killing a cow. Police had to rescue them from a kangaroo court.

Two BJP legislators on October 8 thrashed an independent legislator in the Jammu and Kashmir assembly for hosting a beef party. BJP's Deputy Chief Minister Nirmal Singh was forced to apologise.The same day, around 10 days after the Dadri criminal event, Prime Minister Narendra Modi, without taking any names or even alluding to the killing, urged people to follow President Pranab Mukherjee's appeal on upholding core civilisational values of diversity, tolerance and plurality.

Modi's words at an election rally in Bihar's Nawada district were, quite evidently, a bit late in the day and not clear enough.As a prime minister who is quite eloquent and social media savvy, he should have immediately condemned the lynching of 50-year-old Mohammed Akhlaq in Dadri. At least his senior ministerial colleagues could have denounced violence over beef.

Modi's attitude made the entire episode look like a tacit conspiracy of silence. Whenever a government maintains a studied silence over such killings, many will rightly suspect that it is condoning the illegalities. No government in a secular democratic country can even be seen to be biased for or against any religion. It should take immediate and decisive action, before it is too late.

Will it take another Atal Bihari Vajpayee to remind the government about the need for 'Raj Dharma'? It shouldn't be the case, if we are to progress as a nation.