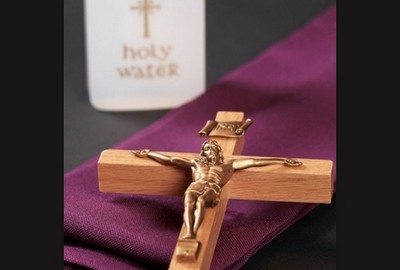 Philippines (UCAN):  Catholic priest Antonio Magalso, 44, was stabbed to death on September 29 in the city of Tanjay, Negros Island in central Philippines.

Fr. Nathaniel B. Gomez, dean of St. Catherine College and priest of the diocesan clergy of Dumaguete diocese, confirmed the incident.
"We are deeply shocked by a cold-blooded murder which is totally baseless. Fr. Magalso was a simple parish priest, much loved by his people, dedicated to the pastoral life," said Fr. Gomez.
He said that Fr. Magalso was not an activist priest, or engaged in other battles; the murder seems not motivated by theft either.
The priest was going to celebrate Mass in a village of his parish, when he was stabbed. He was brought to the hospital, but unfortunately was already dead. Thanks to some witnesses, the murderer was caught by the police and is being interrogated; it seems he is a man with mental problems.
Bishop Julito Cortes of Dumaguete has announced "a holy hour of adoration in all parishesin the Diocese to pray for Fr. Magalso and his murderer".
The Bishop went to the parish of the Holy Cross, where the priest was pastor, bringing consolation and encouragement to the community, asking "courage and prayer" and to "live this moment in an atmosphere of penance and mercy".
Fr. Magalso was also committed to evangelization, being the head of the Diocesan Commission of the Biblical Apostolate.
"We are dismayed by this loss and also the people are very sad" said Fr. Gomez.
The diocesan community will celebrate a Mass in the cathedral on October 5.The funeral will be celebrated on October 7 in his native village.
Source: Agenzia Fides