Priest-predators! Who will bell the Cat? 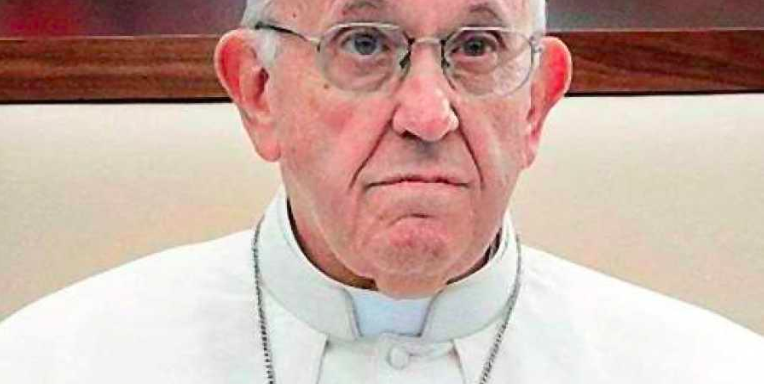 
Pope Francis began well by acknowledging that the sexual abuse of nuns and children was rampant among priests and bishops.

Note: “Well  begun is half done,” so even according to this proverb, Francis has done only half the work, at best;  the better half remains to be done!

The sex Summit just over was to deal with minors, kids and those in their teens. What about the rest, the grown up generation at various stages of life? Priests are having a field day with every section of them – having concubines, mistresses, even reducing lots of holy sisters as sex slaves. Some convents in France had to be shut down due to this widespread wanton abuse. Francis accepts this shameful despicable  fact. Shall we now blame it all on the Devil?

What is intriguing now? The Pope is dragging  the Devil from no where and blaming the whole sex-abuse mess on him. This Faith related unproven things like hell, devil, heaven etc., shoud have no place in a rational discussion. From fanciful premises any stramge or wild conclusions can be drawn.

My humble hunch is that Francis is diverting the whole discussion from the topic of sex abuse which is closely linked to homosexuality to which the pope is sympathetic (think of his: ‘who am I to judge?) and which he does not want discussed openly.

Cardinal Gerhard Müller, formerly the Vatican’s top doctrinal official said in an interview: “One cannot escape this reality” that “the vast majority of abuses committed by priests are homosexual acts.” This points to the close connection priestly sex abuse has to homosexuality.

On the other extreme the famous French writer Frédéric Martel, openly gay, is reported to be trying to present Francis as gay friendly and trying to make homosexuality acceptable to the general public bit by bit. That kind of extreme negative view of Francis can’t be accepted either.

While some voices on the Catholic right blame the abuse crisis on homosexuality, the Catholic left tends to fault clericalism (Pope). Clericalism is all about priestly power, not sex. Francis surrounds himself with “gay-friendly” cardinals such as Blase Cupich, Walter Kasper, Oswald Gracias, who make left leaning speeches. The fact is Homosexuality is not critically studied threadbare analyzing its sexual leanings.

The fact is Homosexuality was never mentioned in any of the major addresses, but Archbishop Scicluna an expert at the Vatican is adamant about the formal agenda of the summit, that it was all about minors, and that sexual abuse of minors has nothing to do with homosexuality. Only he does not explain it convincingly.

So what is needed at this juncture, it looks, is a thorough discussion on the various implications of homosexuality and its impact on priestly life and selection of candidates for priesthood. If this can’t be done  and settled for good, the other option may be to abolish celibacy as a condition for priesthood. james kottoor, editor CCV.

Pope Francis began well by acknowledging that the sexual abuse of nuns and children was rampant among priests and bishops. A vast number of nuns, he said, were condemned to live like sex-slaves.

These abused nuns suffer in silence because they ‘fear retaliation’, which also means they fear for their life in case they resisted. They are, he said, brainwashed into submitting themselves to ‘religious authorities’. The prospect of resisting them or exposing them in public terrifies them. The Pope said that the time to eradicate this atrocity had come.

So far, so good. But there is a worrisome note in what the Pope said thereafter. “Behind this, there is Satan”. He added, “In these painful cases I see the hand of evil that does not spare even the innocence of the little ones.” This takes the sting out of the Pope’s forthright stand earlier. If Satan is the real villain, redressal recedes to the intractable realm of the supernatural.

The problem in expecting solutions to emerge from a distance or from cosmic sources is that it blinds us to what we can do for ourselves. The solutions for all of our problems are within our own reach, provided we care and dare to do what we can. By expecting solutions for local problems to be supplied from afar, we prove ourselves unworthy of remedies. We prove ourselves deserving of nothing other than the present swamp of degradation, if we are content to stay acquiescent in the status quo.

The Pope’s transference of responsibility to Satan means, in ecclesial lingo, something like, “The real culprit is not priests or bishops. Left to themselves, the poor guys would be harmless. But Satan will not let them be. He stands breathing down over them. So, how can they, poor souls, help being what they are?” Significantly, the Pope does not say why Satan should be so intimate with them. Or, why the said Satan should have greater authority over them than God or himself. That’s why Christians need to think remedies afresh and do what they can locally. I outline below a practical strategy to that end.

The first part of the strategy is derived from Jesus’s condemnation of priests as hypocrites. A hypocrite—going by the Greek root of that word—is an actor. Believers in all religions need to realize that priests are no more than ‘actors’. Their job is to keep a show going. The more consummate an actor a priest is, the better his prospects and the higher he ascends.

Actors go on with the show on the stage of organised religion only because the audience is passive and complicit. The moment those among the audience begin to get up and question the actions, the show screeches to a stop. A single spectator in a theatre becomes more powerful than all the actors on the stage when he refuses to swallow the make-believe unfurled before him.

Christians must know that the invincibility of the church hierarchy is an illusion sustained by the ‘willing suspension of disbelief’ on their part. Just stand up and ask a few questions in the interest of truth and justice. Do that, and see for yourself the reformative power sleeping under your tongue.

The second part of the strategy is illustrated best by the sphere of art. Assume that a classical painting—say by Leonardo da Vinci—hangs on a wall. You walk past it. Someone spots it and says, “Don’t you realise that it is a Da Vinci piece? It’s worth twenty million dollars, you know?” You stop at once, overawed; even if you still understand nothing of its merits. What has effected the difference is the “aura” created around the painting. From that moment onwards, you will respond to its aura, and not to the paining per se.

This is exactly what happens in religion. An aura is conjured up about priests and bishops. The aura prevents us from responding factually and rationally to them. It doesn’t matter to us what they are. Only the aura matters. The comically ostentatious and quaintly anachronistic costumes worn by priests, the titles they flaunt—Right Reverend, Most Reverend, Holy Father, etc.—and fanciful claims like ‘Apostolic succession,’ ‘spiritual anointing’ are all meant to conjure up an aura. This aura is a lie.

Truth needs no aura; falsehood does. What needs ornamentation cannot be genuine. Christians would do their daughters and sisters minimum justice by debunking this deceptive aura, and cracking the mask behind which the predator lurks.

The third part of the strategy is purely biblical. Treat the vile as contemptible, says the Bible. The frightening reality is that even after the criminals who pass for priests and bishops are exposed for what they are, they continue to enjoy reverence in the faith community. This is abominable. So long as Christians remain too cowardly to call a wolf a wolf, the masked rapists and paedophiles will continue to ply their hobby—the chase—as aristocrats used to in feudal times.

Frankly, many of the modern-day priests are feudal overlords, who refuse to reckon that times have changed. They will change if the laity would dare to shout out the truth, like the little boy did in Anderson’s tale, “The Emperor is naked”.

So, unlike Pope Francis, I’d spare Satan. I see, in Satan’s place, the brainwashed, credulous laity lying prostrate before the predators. The present abominable state of affairs will surely change; provided the laity rises up. Till they do, they remain complicit in perpetuating the atrocities that their hearts condemn and their souls abhor.