Poverty Must Be Eradicated! 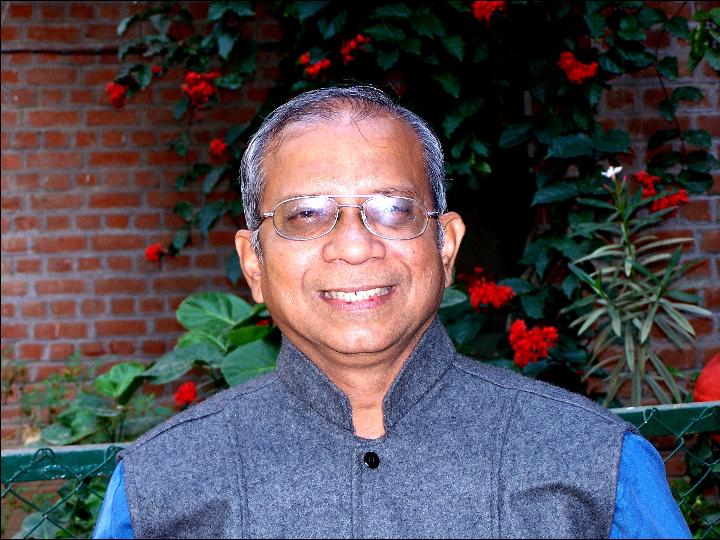 In keeping with the fact that this year we observe the 70th anniversary of the proclamation of the Universal Declaration of Human Rights, the theme for the day is,“Coming together with those furthest behind to build an inclusive world of universal respect for human rights and dignity”. A meaningful effort to recall the fundamental connection between extreme poverty and human rights, and that people living in poverty are disproportionately affected by many human rights violations.

A UN Statement for the day says, “Government policies alone cannot create the social inclusion that is fundamental to reaching those left furthest behind and overcoming poverty in all its dimensions. The commemoration of October 17 each year, when people living in poverty take the floor and share their experiences, demonstrates how we can achieve greater social inclusion by enabling people from all walks of life to come together to respect the human rights and dignity of people living in poverty. It underscores the importance of reaching out to people living in poverty and building an alliance around their priorities with citizens from all backgrounds to end extreme poverty. It recognizes the important mutual roles and relationships we have with each other based on our common and equal dignity”.

Certainly, only Government ‘policies’ anywhere in the world will not be able to change reality. So much depends on how the ‘poor’ are treated; the attitude of the ‘haves’ towards the ‘have-nots’; ensuring that they stay on the fringes of society; making them the ‘recipients’ of discarded material: whether old clothes or used toys or leftover food. Many regard these as acts of ‘charity’, but refuse to address endemic issues, which keep large sections of the population subservient, denied of their basic rights and dignity and often below the poverty line. Making the poor aware of their rights and accompanying them in the realization of these are important ‘first steps’

Consumption patterns of the rich and middle class, of those who ‘have’ need to be looked into; it was Mahatma Gandhi, through his frugal lifestyle challenged the rich and the powerful. His words, “our earth has enough for everyone’s need, but not for everyone’s greed”, is a grim reminder of our reality today. Consumption by a few and wastage has reached alarming proportions. Private institutions need to look into the wage structure of their employees’ particularly if they are not given a just wage. Domestic workers and other workers in the informal sector are often at the receiving end- with long hours of work, low wages in a highly exploitative system. The ‘poor’ always have to pay: to the police, so that they are able to sell their wares; to a bureaucrat in order to get an important certificate; to the local mafia so that they can continue living in a particular tenement. The cycle of poverty is indeed a vicious circle. Concerted efforts by individual citizens can help mitigate poverty to some extent!

This is not enough! Governments do not demonstrate the political will to eradicate poverty. India is a classic case. In the last few years, the rich have become richer in India and the poor poorer. A recent OXFAM Report titled 'The Widening Gaps: India Inequality Report 2018' indicates that just one percent of India today owns 73% of the country’s wealth. It is indeed a poor commentary of a country, which is supposed to be wedded to the principles of socialism and equity. Crony capitalism and corruption thrive in the country. The Government is clearly on the side of the rich and vested interests like the Ambanis and the Adanis, the Modis and the Shahs, those who have looted the country and milked the poor of what is rightfully theirs.

The tragedy is compounded by the fact that India is buying and accumulating weapons as never before. The country is today the world’s largest importer of weapons with 14% of the world’s imports. In the past three years, India has imported arms worth US $ 14 billion. Instead of increasing the outlay to alleviate poverty, precious resources are being utilized for greater violence. The foreign junkets of the Prime Minister has robbed the national exchequer of a sizeable fortune. All indicators show that the Government of India is doing practically nothing today to address the growing poverty in the country, leave alone alleviate it.

António Guterres, the UN Secretary-General, in a message for the day says, “This year, as we celebrate the 70th anniversary of the Universal Declaration of Human Rights, let us remember that ending poverty is not a matter of charity but a question of justice. There is a fundamental connection between eradicating extreme poverty and upholding the equal rights of all people. We must listen to the millions of people experiencing poverty and destitution across the globe, tackle the power structures that prevent their inclusion in society and address the indignities they face. We must build a fair globalization that creates opportunities for all and ensure that rapid technological development boosts our poverty eradication efforts. On this International Day for the Eradication of Poverty let us commit to uphold the core pledge of the 2030 Agenda to leave no one behind”.

Powerful and meaningful words indeed! We all need to come together with those furthest behind to build an inclusive world of universal respect for human rights and dignity. Poverty can be tackled and must be eradicated; but first, the questions we urgently need to respond to: “are we actually listening?” “Are we really serious about eradicating poverty?”  We have a long way to go!