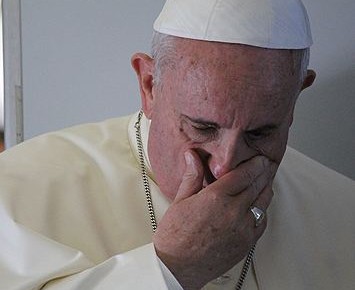 Vatican City: Pope Francis has sent his condolences to the victims and relatives of a fireworks accident on Sunday that killed at least 100 people and injured hundreds of others in India’s Kerala state during celebrations of the local Hindu new year.

The Pope was “saddened to learn of the tragic fire at the Puttingal temple complex in Paravur,” said the telegram which was addressed to the victims of the blaze, and was signed by Vatican Secretary of State, Cardinal Pietro Parolin, reported Catholic New Agency.

Francis also sent his “condolences to the relatives of the deceased and injured.”

100 people were killed and over 380 were wounded at the Puttingal Devi temple during Hindu new year celebrations when a firecracker landed on a shed storing the rest of the fireworks, resulting in a series of explosions, Reuters reports.

The explosions caused a temple building to collapse, causing many of the deaths, the BBC reports.

Reuters reports that thousands of people had gathered at the temple to attend the fireworks display which began at midnight and lasted four hours.

The telegram concludes: “Praying for all affected by this tragedy, and for the relief efforts underway, Pope Francis invokes upon the nation the divine blessings of strength and peace.”