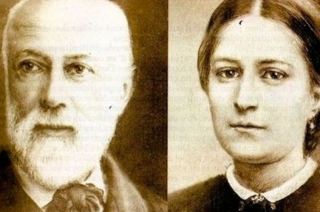 Vatican City (Matters India) – Pope Francis formally approved on Saturday the decrees necessary for Blesseds Louis and Zelie Martin – known for being the parents of St. Therese of Lisieux – to be declared saints later this year.

The two blesseds will be the first couple ever to be canonized at the same ceremony, which will be held Oct. 18 in the Vatican. The event will take place fewer than three weeks after the Oct. 1 feast of their daughter, and doctor of the Church, St. Therese of the Child Jesus.

The Roman Pontiff approved the decrees for the Martins’ canonization during a June 27 consistory of bishops at the Apostolic Palace.

On March 18, the Pope had recognized a miracle attributed to the couple.

Married in 1858 just three months after meeting each other, Bl. Louis and Zelie lived in celibacy for nearly a year, but eventually went on to have nine children. Four died in infancy, while the remaining five daughters entered religious life, Patheos reported.

Zelie died from cancer in 1877, leaving Louis to care for their five young daughters: Marie, Pauline, Leonie, Celine, and Therese, who was only four at the time. Louis died in 1894 after suffering two strokes in 1889, followed by five years of serious drawn-out illness.

The canonizations of the married couple will coincide with the Synod on the Family, to be held on Oct. 4-25. The three-week gathering of bishops will be the second and larger of two such gatherings to take place in the course of a year. Like its 2014 precursor, the focus of the 2015 Synod of Bishops will be the family, this time with the theme: “The vocation and mission of the family in the church and the modern world.”

Pope Francis venerated the relics of Blesseds Louis and Zelie ahead of the 2014 Synod on the Family, along with those of another married couple: Blessed Luigi and Maria Beltrame Quattrocchi.

It was announced at Saturday’s consistory that Blessed Louis and Zelie Martin will be canonized alongside two others: Blessed Vincenzo Grossi, an Italian priest and founder of the Institute of the Daughters of the Oratory, and Bl. Maria of the Immaculate Conception, Spanish superior general of the Sisters of the Company of the Cross.