Pope did next  to nothing? To halt sex abuse, says writer 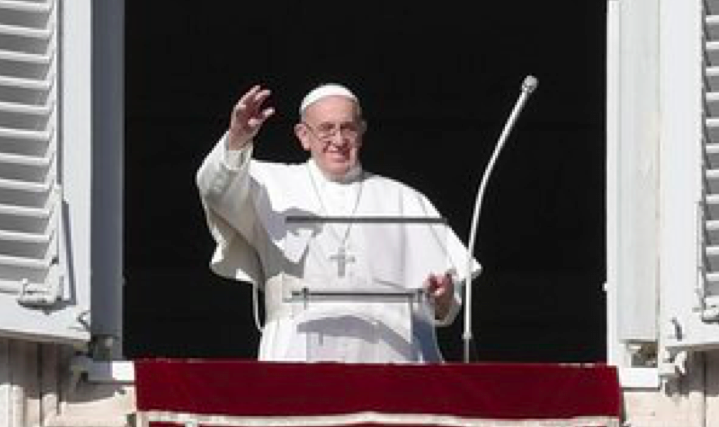 Stephanie Kirchgaessner in Rome, in the Guardian UK, 16 January 2017

(Note: Is it wrong to forgive? Never say wrong, it is very good. But how many times to forgive? Seven times? “No, seven seventy times!” Who could do such a thing? Don’t know, but that is what Jesus says. Then, that could be the reason why Francis’ bites are not as bad as his barks: “Zero tolerance! Etc.” And then, when it comes to taking action, he does nothing. Have we to do nothing when it is time to take action? Is that all what Jesus did?

Of course not. Otherwise why did Jesus take up the whip and chased out buyers and sellers – selling, spiritual goods and penitential offerings may be – in the temple? Which example then of Jesus have we to follow? First or second? Or both? That means there is no harm in taking a whip against sex offenders? That is what a Judge who uses his reason can suggest. So dear Fittipaldi,  please don’t fault Francis for action or inaction against sex offenders. Jesus did both before him and set a good or bad precedent. Why Jesus did such a self-incriminating thing? May be that is what we call mystery or misery in the Catholic church!

The name of Fittipaldi’s new book is: Lussuria (Lust), which says priests who practice omertà – a term that refers to a code of silence are favourably treated. That may be how a culture of silence was cultivated in the Church. Old habits

dies hard and tradition bound people can’t be taught new tricks fast. So one has to wait patiently for the culture of transparency to take root. james kottoor, editor)

The last time Italian journalist Emiliano Fittipaldi wrote an exposé about corruption at the heart of the Roman Catholic Church, it landed him in a Vatican court facing a possible jail sentence on charges that he had illegally obtained confidential church papers in the course of his reporting.

Now, six months after the 42-year-old reporter was  cleared of all charges, Fittipaldi is taking on the church again. This time in a new book that accuses Pope Francis of doing “close to nothing” to stop clerical sexual abuse in Italy and around the world, despite the Argentinean pope’s frequent assertions that he has zero tolerance for the abuse of children or those who protect abusers.

In Lussuria (Lust), which will be released in Italian by publisher Feltrinelli on Thursday, Fittipaldi methodically pores over court documents and cites interviews with priests and judicial officials to paint a damning picture of the first three years of Francis’s papacy. Fittipaldi claims that 1,200 plausible complaints of molestation against boys and girls from around the world have been brought to the Vatican’s attention in that period. In some of the twenty cases of alleged sexual abuse by priests in Italy in 2016, Fittipaldi writes, priests have been convicted of abuse without the church taking any canonical action against them.

Fittipaldi also devotes attention to the case of Australian cardinal George Pell, who was appointed by Francis to reform church finances and has remained in that senior position despite questions over whether Pell protected serial abusers in his archdiocese in Australia decades ago. Pell has denied the allegations against him but a counsel assisting a royal commission looking at child abuse in Australia has argued that there was evidence that Pell should have taken stronger action against one paedophile priest whose case has been examined.

Francis, who did not accept Pell’s resignation in June when the Australian cardinal reached retirement age, has declined to pass judgement on him. When he was asked by reporters about a separate abuse investigation into Pell by Victoria state police the pope said “justice has to take its course”. Last November, Francis did however decide not to renew Pell’s membership in a Vatican office that handles the church’s liturgical practice. He was one of several traditionalists whose membership was not renewed.

A spokesperson for Pell called Fittipaldi’s work a piece of “shoddy and dated piece of journalism” that stated false allegations and failed to mention the work Pell had done to confront clerical sex abuse against minors.

“The principle message of the book – the problem – is that the phenomenon of paedophilia is not being fought with sufficient force. Across the world, the church continues to protect the privacy of the paedophiles and also the cardinals [who protect them],” Fittipaldi said in an interview with the Guardian. “Francis is not directly defending the paedophiles, but he did close to nothing to contrast the phenomenon of paedophilia,” he added.

It is not a new charge against the pope. While Francis is popular, especially for his strong views in support of poor and marginalised people, groups that advocate for survivors of sexual abuse have regularly criticised Francis for failing to take concrete steps to prevent and expose abuse, even though he has used strong words to condemn sexual violence by priests.

A papal commission created by Francis early in his papacy has only met three or four times in its history, Fittipaldi said. Separately, a Vatican proposal to create a tribunal to investigate bishops who cover up for abusers, which was celebrated by advocacy groups when it was announced in 2015, has inexplicably been stalled. The Vatican did not respond to a request for comment on the book or the assertion that Francis has not done enough to tackle abuse.

Fittipaldi alleges that under Francis’s watch, priests who practice omertà – a term that refers to a code of silence, usually by the mafia – have been favoured by the church. If strict action against priests caught in sexual abuse even today it is due to the hangover of earlier times when strict silence and secrecy were  enforced. Earlier the Vatican instructed Catholic bishops around the world to cover up cases of sexual abuse or risk being thrown out of the Church.

The Observer has obtained a 40-year-old confidential document from the secret Vatican archive which lawyers are calling a 'blueprint for deception and concealment'. One British lawyer acting for Church child abuse victims has described it as 'explosive'.The 69-page Latin document bearing the seal of Pope John XXIII was sent to every bishop in the world. The instructions outline a policy of 'strictest' secrecy in dealing with allegations of sexual abuse and threatens those who speak out with excommunication

At one time Bishops were instructed to pursue these cases 'in the most secretive way… restrained by a perpetual silence… and everyone… is to observe the strictest secret which is commonly regarded as a secret of the Holy Office… under the penalty of excommunication'. It proves there was an international conspiracy by the Church to hush up sexual abuse issues. It is a devious attempt to conceal criminal conduct and is a blueprint for deception and concealment.' Transparancy in this matter which started in US with the Boston Globe in 2002 is becoming universal only slowly

“But in Italy, even after the success of the film Spotlight, which chronicled the Globe’s investigation and won the Academy Award for best film last year, the issue is still considered a taboo and has never been viewed as an endemic problem.

“In all the Catholic countries, in Italy, Spain, South America, the sexual crimes of the priests are hard to tell. There is a kind of auto-censoring, on the part of journalists and victims because of the shame and because the culture of the church is very strong,” Fittipaldi said.

Fittipaldi was working on Lussuria during his trial for illegally obtaining secret documents. Speaking to the Guardian, he recalled:“It was ironic to be there, during the trial. I was thinking that many priests and bishops and cardinal were involved in sexual abuse and the Vatican does nothing. They preferred going after journalists.”