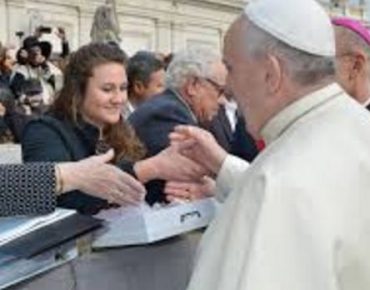 Vaican City: Pope Francis said Thursday he is prepared to set up a commission to study the possibility of women entering the Catholic clergy at the rank of deacon, one below a priest.

Francis made the remarks in exchanges with female members of religious orders during a meeting at the Vatican, according to reporters who were present.

His spokesman said he could not immediately confirm the pontiff’s exact remarks, which could have far-reaching implications.

In the exchanges, Francis said he had discussed the use of female deacons in the early centuries of the church but was not clear as to their exact role and status.

“Constitute an official commission that might study the question?” the pontiff asked aloud, according to the National Catholic Reporter and Italian news agencies.

“I believe yes. It would do good for the church to clarify this point. I am in agreement. I will speak (in favour of doing) something like this.”

He later added: “It seems useful to me to have a commission that would clarify this.”

Although deacons cannot celebrate mass they are ordained and can carry out many tasks in place of a priest, including presiding over baptisms and prayer services. They also often play a role in parish management and in offering pastoral guidance to believers, reported NDTV.

Church historians say women played this role in the first centuries of the Church, but the practice died out and calls for women to be allowed to become priests were categorically rejected by Pope John Paul II in 1994.

Francis’s remarks appeared to have caught Vatican officials off-guard. “I cannot confirm anything, until the full transcript of the conversation is published,” his spokesman said. “These were off-the-cuff remarks.”