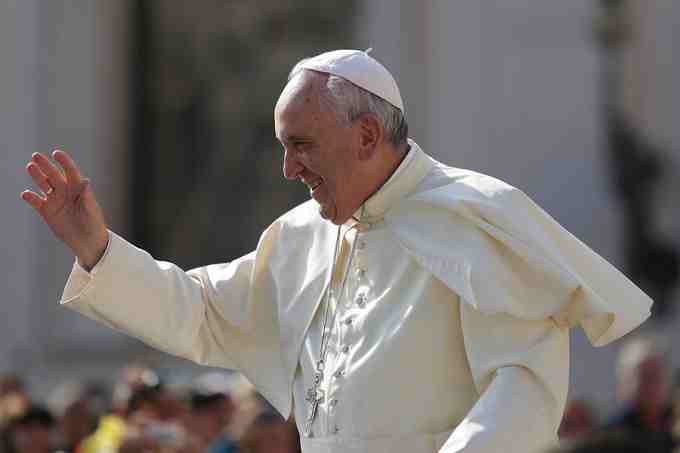 Vatican City, Jan 12, 2016 / 03:02 am (CNA/EWTN News).- In his new book on God's mercy, Pope Francis explains that his oft-quoted words “who am I to judge”, about a homosexual person who is searching for the Lord with a good will, is simply his reflection on Church teaching found in the catechism.

The Name of God is Mercy, to be released Jan. 12, is a book-length interview of Pope Francis by Italian journalist Andrea Tornielli. The book is meant to “reveal the heart of Francis and his vision,” according to Tornielli's foreward. He had wanted to ask the Pope about mercy and forgiveness, “to analyze what those words mean to him, as a man and a priest.”

The journalist asked Pope Francis about his experience as a confessor to homosexual persons and about his “who am I to judge” comment, made during his in-flight press conference from Rio de Janeiro to Rome July 28, 2013.

“On that occasion I said this:  If a person is gay and seeks out the Lord and is willing, who am I to judge that person?” Pope Francis told Tornielli. “I was paraphrasing by heart the Catechism of the Catholic Church where it says that these people should be treated with delicacy and not be marginalized.”

“I am glad that we are talking about 'homosexual people' because before all else comes the individual person, in his wholeness and dignity. And people should not be defined only by their sexual tendencies: let us not forget that God loves all his creatures and we are destined to receive his infinite love. I prefer that homosexuals come to confession, that they stay close to the Lord, and that we pray all together. You can advise them to pray, show goodwill, show them the way, and accompany them along it.”

The book includes nine chapters following the foreword by Tornielli, consisting of questions-and-answers between him and Pope Francis. It includes as an appendix Misericordiae vultus, Francis' papal bull announcing the Extraordinary Jubilee of Mercy.

In the work, Pope Francis explains that he considers the present day a special time of mercy for the Church. He chose to hold a Year for Mercy through prayer and reflection on the teachings of recent Popes, as well as his own thought of the Church as a field hospital for sinners.

“Mercy is God’s identity card. God of Mercy, merciful God. For me, this really is the Lord’s identity,” he reflects.

In The Name of God is Mercy, Pope Francis includes advice for confessors and for penitents.

“I feel compelled to say to confessors: talk, listen with patience, and above all tell people that God loves them,” he said.

And Pope Francis' advice for making a good confession is that the penitent “ought to reflect on the truth of his life, of what he feels and what he thinks before God. He ought to be able to look earnestly at himself and his sin. He ought to feel like a sinner, so that he can be amazed by God. In order to be filled with his gift of infinite mercy, we need to recognize our need, our emptiness, our wretchedness. We cannot be arrogant.”

The best way to participate in the Year of Mercy, Pope Francis said, is to be open to God's mercy.

A believer “should open up to the Mercy of God, open up his heart and himself, and allow Jesus to come toward him by approaching the confessional with faith. And he should try and be merciful with others.”