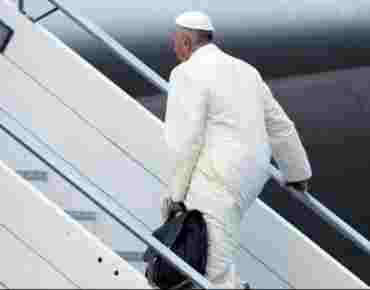 (Story – Matters India) Pope Francis departed Rome Friday morning on his way to Mexico for a weeklong pastoral visit that will take him to Mexico City, to the shrine of Our Lady of Guadalupe, and to some of the country’s most poor and violent towns on the margins of society.

On his way to Mexico as the first Latin American pontiff to travel there, Pope Francis is to make a brief stop in Havana, Cuba for a meeting with Russian Orthodox Patriarch Kirill.

The recently-added visit to the papal itinerary is being seen by many as a highly anticipated, historic step towards healing the wounds of division after a schism divided Christianity 1,000 years ago.

But the Pope’s visit to Mexico has been overshadowed by the deaths of at least 49 inmates at a prison in the north of the country. Fire broke out after a brawl between rival gangs at the overcrowded Topo Chico penitentiary turned into a riot, injuring a further 12.