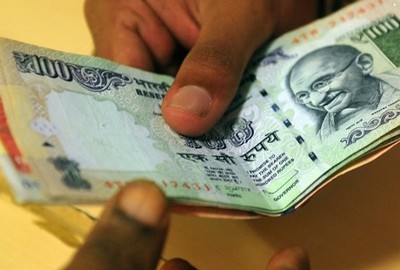 Equivalent of US$154,000 given to extortionists, say media reports.

India: Police are questioning eight people in connection with the blackmailing and extorting of money from a Catholic priest in the southern Indian city of Vijayawada.

No arrests have been made but police are investigating the case following a complaint made by Father M. Chinnappa, rector of the Gunadala Matha Marian shrine, city police commissioner Gautam Sawang told ucanews.com March 14.

"Professional extortionist gangs are involved. We are trying to recover the money paid," said Sawang.

Local media reports said the priest paid some 10 million rupees (US$154,000) to the blackmailers and made a complaint to police when he could not meet the growing demand for money.

The 64-year-old priest from Vijayawada Diocese told police March 6 that a gang had been blackmailing him, threatening to expose a sex video that they said included him.

"The priest sold his family property to pay the money. No money form the shrine is involved," Sawang added.

An investigating officer — who asked not to be named — said the priest seems to have been trapped in a situation where it appears he was drugged and had photographs taken of him.

The gang then claimed to have more images in a memory stick. Not knowing what the situation was the priest paid the money, the officer said.

The Catholic shrine that Father Chinnappa is rector of is one of the richest in southern India and attracts millions of pilgrims every year, said diocesan spokesperson Father Muvvala Prasad.

Father Chinnappa was not available for comment as he was hospitalized for high blood pressure and blood sugar levels. Father Prasad said the developments "have put severe pressure on the aged priest."

Father Prasad said Bishop Joji Govindu of Vijayawada has freed Father Chinnappa of his responsibilities at the shrine since "he now needs medical leave."