Please read carefully the five October Postings! Just to say “Thank You” to all! 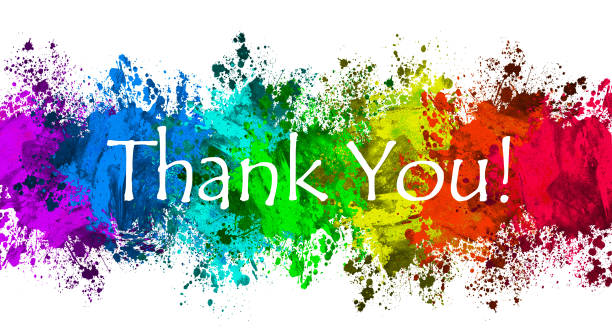 And a guide to 5 important Oct. Postings in CCV

For the kind attention of our CCV readers: From the first  week of October CCV published many, too many, gripping articles, too much for our readers to find time to go through or digest. We list few prominent ones below:

1.“Fratelli Tutti” epoch making 3rd encyclical of Francis Pappa: CCV Started highlighting it on  Oct.7th giving a summary. It was followed by many comments, toping all, by Varghese Pamplanil.

2. Clergy Sex: Crisis or Constant?  CCV started it on Oct.12th, ‘Wide lens of history’ in the book of  Dr Thomas P. Doyle.

3. ‘Some of you will go to jail’ on Clergy Sex: Catholic lay group, joining the assault,  headed by Stephen Brady in US in CCV Sept.24, 2020, very relevant.

5. TRADITION – WHOSE TRADITION PLEASE? by Joseph Mani, a brilliant exposure of the hollowness of tradition embellished by a telling introduction by Isaac Gomes. Francis may be taking the middle path to prevent ‘Schism’. “Hoc opportet facere, illud non omittere” (One thing must be done, the other should not be omitted, to achieve end-result: Cleansing his Augean stables!).

Some  of the frequent top thought provoking Columnists in the CCV are: Varghese Pamplanil, Joseph Mani, George Nedumparampil and Isaac Gomes.

They write on the burning issues  of the day, as and when they prop up, calling attention to what is catching the imagination of the public in the country or on the global horizon!

These regular comment writers are the lifeblood of CCV. Often they are not mentioned, appreciated or thanked. Hence we have taken note to name them and thank them! Do they really represent CCV, a global net work? Some thing to think about for all of us.

All have Mighty Bits!

Of course we wish many more of our readers could react to help us to learn from all,  becaue all have, can,  and therefore should contribute their LION’S share or their MIGHTY BIT! WHY? Little drops make the mighty  ocean; for that,  every one should make his/her contribution!

We have to learn even from a grave digger! What that saying high lights is: “Every one is a teacher!” which means that the rule should be “Each one teach one” for the sake of common good.

If we call ourselves followers  of JESUS – doesn’t matter if you  see him as the SON OF GOD —  most of you do, I guess – or  just as the SON OF MAN ONLY – human kind’s Elder Brother – his main mission was SPREADING THE GOOD WORD of peace and unity through love without border walls (Frartelli Tutti)! We can’t imitate him in that, by keeping our mouths shut. He was a fearless outspoken person, in season and out of season.

Of late I have been asking myself, how  I,  ‘a know-nothing’ Scribe  could  imitate him? Suddenly this idea flashed into my mind:  “Easy, very easy! Just imitate HIM saying all what he said – or supposed to have said – in Mathew 23 from start to finish!”

That put me really in a FIX: “Should I? or Should I Not?”  Jesus was both the extremes:  He was sweet Jesus meek and mild and bitter Jesus rough and wild! He was  rough and wild, to the highly placed religious and political leaders of his time. It was just for that he was arrested and crucified 2000 year ago!

In today’s more refined or civilized times, result of imitating him literally would mean worse! Then should I do it? My conscience says: “You should!” I may be doing it more or less with the intention of destroying today’s hierarchical churches of all variety running after POWER, PELF & PLEASURE! In today’s terminology they are described as: Criminal Climbers, Criminal Money grabbers and Criminal Cover-upers of Sexual abuse. Of course we have always a few shining examples and exceptions for comfort!

What would you advise me?

In Mt.23, wasn’t Jesus brutally criticizing the priestly class and power wielders in politics as well of his times risking his chance of being arrested? Yes, in fact, it was for that he was arrested and crucified,  although he could not answer the one important  question: WHAT IS TRUTH? From Pontius Pilot!  Yet most of his followers call him TRUTH INCARNATE! “Isn’t it a great CONTRADICTION?” I asked myself. So please let me hear from you on it!

Due to constant internet cut

To conclude, this piece is posted to thank all of you, regular columnists, highly thought-provoking writers and very frequent writers of comments. Due to constant interruption of internet, it has become impossible to write comments at the nick of time – Iron must be hammered when it is red hot — which becomes impossible!

We have highlighted 5 topics published this month for the benefit of those who can afford time and patience to go through, to get at the core of issues currently discussed in CCV, as they are very informative and instructive. Wish you fruitful reading, logical conclusion and constructive reaction. james kottoor, editor CCV.