Planned Parenthood under fire for alleged trafficking of baby organs 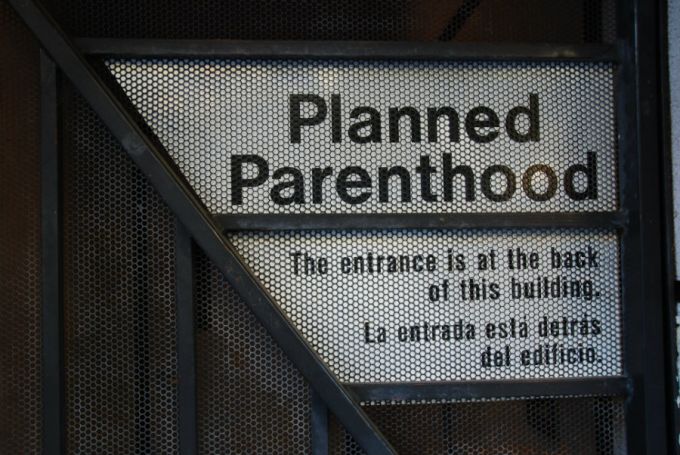 By Adelaide Mena and Matt Hadro.  Washington D.C., Jul 14, 2015 / 01:49 pm (CNA/EWTN News).- Abortion giant Planned Parenthood is facing harsh criticism after the release of footage allegedly showing its top doctor describing how the organization offers body parts from aborted babies for money.
“A lot of people want intact hearts these days, they’re looking for specific nodes,” Dr. Deborah Nucatola, Planned Parenthood Federation of America’s senior medical director, appears to say in a recently released undercover video.
“Yesterday was the first time she said people wanted lungs. And then, like I said, always as many intact livers as possible.”
The video was released July 14 by the Center for Medical Progress, a non-profit group focused on medical ethics. It is the first in the center’s “Human Capital” series, a nearly three-year-long investigative study of Planned Parenthood’s practice.
In the video, two members of the investigation team are seen presenting themselves as part of a “Fetal Tissue Procurement Company” and asking about how they could work with Planned Parenthood clinics to procure fetal tissue for research.
The video purports to show Nucatola explaining to the undercover investigators how Planned Parenthood provides organs from aborted babies for a “reasonable” fee.
A nine-minute long edited video of the conversation was released alongside the nearly-three-hour long complete footage.

Eric Ferrero, vice president of communications for Planned Parenthood Federation of America, defended the practice in a statement, saying that Planned Parenthood clinics help patients “who want to donate tissue for scientific research, and we do this just like every other high-quality health care provider does – with full, appropriate consent from patients and under the highest ethical and legal standards.”
He said that neither Planned Parenthood not the patients receive a financial benefit from these donations, but that “actual costs, such as the cost to transport tissue to leading research centers, are reimbursed, which is standard across the medical field.”
Ferrero accused the video of being a “heavily edited, secretly recorded videotape” produced by a “well-funded group established for the purpose of damaging Planned Parenthood’s mission.”
While selling human body parts in general is illegal, federal law does not prohibit tissue donations, with “reasonable payments” for the “transportation, implantation, processing, preservation, quality control, or storage of human fetal tissue.” State laws governing organ donation – including from aborted babies – vary from state to state.
The undercover video appears to show Nucatola discussing what constitutes a “reasonable” payment for the donation of an aborted baby’s organs: “They just want to do it in a way that is not perceived as, ‘This clinic is selling tissue, this clinic is making money off of this. I know in the Planned Parenthood world they’re very, very sensitive to that.”
“(T)hey want to come to a number that doesn’t look like they’re making money. They want to come to a number that looks like it is a reasonable number for the effort that is allotted on their part.”
The Planned Parenthood medical director then appears to suggest a price of $30-100 per “specimen,” noting that liver is in high demand, before describing a grisly procedure for removing the organs from aborted babies “under ultrasound guidance.”
“So then you’re just kind of cognizant of where you put your graspers, you try to intentionally go above and below the thorax so that, you know, we’ve been very good at getting heart, lung, liver, because we know that, so I’m not going to crush that part. I’m going to basically crush below, I’m going to crush above, and I’m going to see if I can get it all intact.”
“And with the calvarium [head], in general, some people will actually try to change the presentation so that it’s not vertex, because when it’s vertex presentation, you never have enough dilation at the beginning of the case, unless you have a real, huge amount of dilation to deliver an intact calvarium,” she appears to say.
According to the Center for Medical Progress, Nucatola “has overseen medical practice at all Planned Parenthood locations since 2009,” “trains new Planned Parenthood abortion doctors,” and “performs abortions herself at Planned Parenthood Los Angeles up to 24 weeks.”
Pro-life groups were outraged by the report. Kristan Hawkins, president of Students for Life of America, called it “truly horrific.”
“This generation is already turned off by Planned Parenthood once they learn that they have abortion quotas, the extraordinary amount of money they receive from taxpayers and that they commit a quarter of all abortions done yearly,” she said in a statement.
“This video provides a shocking reality check about the grisly, inhumane business model of Planned Parenthood,” added Dr. Charmaine Yoest, president and CEO of Americans United for Life. She added that “the time is now to de-fund Planned Parenthood. The American taxpayer should not be in business with such callous profiteers.”
“Planned Parenthood’s barbaric practices reveal their contempt for rule of law and human life,” said Lila Rose, president of the pro-life advocacy group Live Action. “This latest expose of Planned Parenthood’s trafficking of baby parts for profit should be the final nail in the coffin for the abortion giant.”