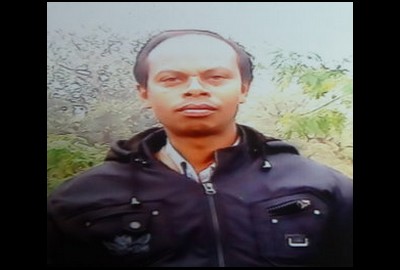 Bhopal(UCAN): A Christian minister was shot dead in eastern India, an act a church leader said points to a trend of terrorizing Christians in the tribal-dominated Jharkhand state.
Chamu Hasda Purty, 54, of the Independent Pentecostal Church, was shot dead Oct. 12 in Sandhi village of the state's Khunti district. Police officials said they are unsure of the motives for the murder and that the attackers are on the run.
Nuas Mundu, a close family friend, told ucanews.com that a group of armed men barged into the minister's house and one of them shot him.
Mundu, also a minister with the same church, said the incident has created panic among the area's Christians.
Christian leaders have reported several cases of attacks against Christians after pro-Hindu groups gained political importance in the country.
Jharkhand state, as well as the federal government, is currently ruled by the Bharatiya Janata Party, which is considered the political arm of Hindu nationalist groups.
The motive "is to terrorize Christians" said Subhash Kongari, a lawyer and district president of Rashtriya Isai Mahasangh, the national Christian forum.
He told ucanews.com that the area is impoverished and mostly indigenous people and the poor have benefited from the church's charitable works. This has antagonized Hindu groups.
The murder should not be seen as an isolated criminal action. "Every year we witness an average of two murders in the area and several other forms of violence," Kongari said. "They are all part of an agenda to terrorize people (so that they) disassociate with Christianity."
He noted that for centuries, indigenous people "have lived in servitude (and were) subjugated and lived cut away from mainstream of life."
Hindu leaders have often warned that Christian missionaries would be dealt with drastically if they do not desist from "forcible conversion" of indigenous people and poor people.
Jharkhand, created in 2000 from tribal-dominated areas of Bihar state, is home to a vibrant, mostly tribal Christian community.
Hindu groups have also accused Christians of luring poor villagers to Christianity with material offers and have reiterated the party's demand for laws to check conversions to Christianity.
Media have reported several instances of churches being destroyed and of Hindu groups beating Christians and threatening to kill them if they do not renounce Christ.
Jharkhand, with a population of 33 million people, now has some 1.4 million Christians, most of whom are indigenous people or those belonging to the dalit or former untouchable castes.
The state's 4.5 percent Christian population is almost double that of the national average.
Source: UCAN