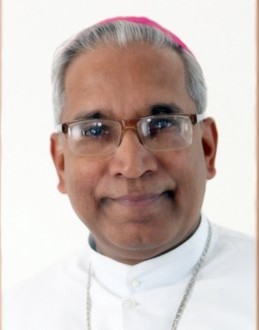 (Note: Isaac Gomes reports from Kolkata on the gist of the Annual General Meeting (AGM) of Catholic Association of Bengal, held in Kolkata on Sunday 18th September 2016.  Isaac was Honorary Treasurer of the Association from September 2012 to September 2015 and was instrumental in bringing about disclosure, transparency and accountability. He refused to toe the dotted line of "little disclosure" and by not joining "Our Club" – to quote one Executive Committee member – he had to pay a price.  But the outcome at today's AGM one year later, shows that his firm stand has actually been vindicated).

After the usual business and placement of audited accounts as per the agenda and consideration of feedback from the assembled members, His Grace Archbishop Thomas D’Souza made the following path-breaking observations in his closing speech:

The genesis of the above development can be traced from the emails reproduced below: :

Trust you are keeping in good health.

You would recall that in the last CAB AGM held on 27th September 2016, in spite of repeated demands by the Life Members who were  present,  His Grace Archbishop Thomas D'Souza did not agree to allow them to vote, which is a fundamental right in any civilised society / association.  Life Members are the pillars, the prime  members.  The reason the Archbishop gave that he had to attend another programme and also he did not like to do things in a hurry and that he would see to the matter at the next AGM.

You would also recall that I had drawn attention on this matter vide email dated 14th August 2015 (copy reproduced below for ready reference) much before the CAB AGM and I am doing so now again.

You would also recall as would the members present at the last AGM, that when the Life Members demanded the Archbishop to grant them voting right,

Eugene Gonsalves, the erstwhile President and President of All India Catholic Union, stood up and had the audacity to say that Life Members were not given voting rights as they might sell their votes for cash. The whole house vehemently objected to this and challenged Eugene for this derogatory remark on the integrity of Life Members. In fact Rahul Sequeira demanded an apology from Eugene which he did not.

It is common knowledge that in the recent suit with BCCI, the Supreme Court clearly stipulated "One person one post, and one person one vote".  In keeping with the Constitution of India, this is now binding on the BCCI .

In view of the Archbishop's promise, may I request you, on behalf of the Life Members, to include in the agenda,  granting of voting rights to all Life Members and necessary amendments  to CAB Memorandum.  I am sure the Archbishop will appreciate that without voting rights, the Life Members are mere figures, only for collection of their money, with CAB being controlled and run by a coterie of 35-odd Executive Committee Members.

Also to be included in the agenda in keeping with our  Constitution and the Supreme Court judgement.  is is the proposal, One Person One Vote.

I have marked a copy to the Archbishop in his capacity as Ex-Officio Chairman of the Association.

CAB Election at 27th Sept AGM: One Member One Vote

At the 12th August 2015 meeting between the Election Committee and CAB Office Bearers, it was mentioned by Alexander Anthony, CAB President that Benefactors and Patrons were entitled to two votes – one as an Executive Committee Member and one as Benefactor or Patron.

You would recall that at the said meeting I responded that nowhere in the CAB Constitution this TWO VOTE concept was mentioned and that as per the Indian Constitution it does not hold water. All that Alexander Anthony could say that this practice (read `malpractice') was being followed by CAB for many years (without most members knowing about it)!

If this is allowed, then it defies the Indian Constitution which follows "One Person One Vote" natural law. When all over the civilized world this has been the time-honoured practice.

If one person is allowed two votes, then the President and Prime Minister of India would be the first two persons to exercise this right: One as an Indian Citizen and one as heading the Executive in their capacities. But even they are not demanding this privilege as our President is doing.

Since the above "One person Two Votes" concept is in contravention of the Indian Constitution, may I request you not to leave any loopholes and announce through a notification, once and for all, the One Member One Vote practice?

Given below is an Extract from the Representation of the People Act, 1950.

Extracts from the representation of the people act,1951 Right to vote–

EXTRACT FROM CONSTITUTION OF INDIA

(5) No person shall vote at any election if he is confined in a prison whether under a sentence of imprisonment or transportation or otherwise or is in the lawful custody of the police.