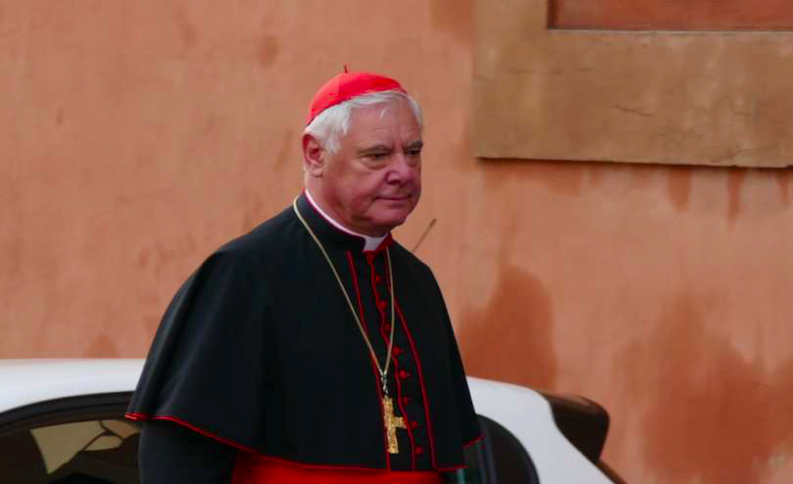 According to confirmed report in LifeSiteNews, (see it below) Pope Francis has removed the conservative Gerhard Muller heading Vatican’s top doctrinal office. Cardinal O’Malley of Boston, reportedly is a possible new comer.

The head of the Vatican’s doctrinal office is the second in command after the Pope. That office made big headlines from the time of Ottaviani, famous for his motto: “Semper Idem” (Always the same) meaning that Catholic teaching never changes. Much water has flowed down the Tiber ever since.

Vatican II popularized the opposite view: “Ecclesia simper reformanda”, church needs to change constantly. Pope Francis is the champion of change with his clarion call “A poor church for  the poor”. The idea was murmured in to his ears first, by Boston Cardinal Sean O’Malley who reportedly embraced  the newly elected Francis and murmured in his ears: “Do not forget the Poor.” The rest is history, his taking the path of the “Poverillo of Assisi” and speaking up for the poor and living the simple, humble life of St.Francis. So he came to be described as the “Miracle of humility in an era of vanity” by Elton Johson.

Not of Dos and Don’ts

Now it would be providential, if O’Malley gets appointed as the new head of the doctrine of Faith. Literally he  is after the heart of Francis, besides being a close friend. He is bound to bring a new dawn in the area of Catholic doctrine which Francis and Walter Kaspar of Germany have nutshelled in: ‘the new name of our God is Mercy and Compassion, comparable only to the Prodigal Father who keeps his doors open day and night for his prodigal son’s return.’ Which means, Francis is more  a Pastor  than a man of doctrine, not a commander of “dos and don’ts”.

It is this radical revolution in the Church’s doctrinal thinking, that provoked and still upsets, archconservatives like Cardinals Burke(US), Robert Sara, Pell of Australia and the retiring German cardinal Gerhard Muller. Some of these names figure in the open letter of “Dubia” (doubts on ‘Amoris Laetitia) signed by four cardinals. Possibly Francis was bearing with Muller for his term of office to end on July 2nd today so that his removal may not be interpreted as a punishment by critics.

Francis, a sickly man with one lung, could also be thinking of his short life-span left, during which he has to appoint more cardinals of his vision to the next electoral collage, thus to prepare the ground to get a proper successor elected after him! So he is a Pope in a hurry to finish well his God-given mission. Reportedly two of the four dubia cardinals are going to address the annual Rome Life Forum, steps away from the Vatican, about which Francis said in a homely:

“People who, without any commission, go about disturbing the Christian community with speeches that upset souls…. They are fanatics about things that are not clear, such as these fanatics who go about there, sowing discord in order to divide the Christian community…. It is a duty of the Church to clarify doctrine,” he said that it is a “problem” and “great error” when “doctrine becomes an ideology…. The Church has its own Magisterium, the Magisterium of the Pope, of the Bishops, of the Councils, and we must go along the path that comes from the preaching of Jesus.”

Francis then suggested that today’s “ideologues of doctrine” are like those in Apostolic times when some opposed the decision to allow the Gentiles to forgo circumcision. So he concluded  his homely,  by asking for prayers for “those who transform doctrine into ideology, so that the Lord may give them (the speakers at the annual Rome Life Forum) the grace of conversion to the unity of the Church, to the Holy Spirit and to true doctrine."

If and when  the Boston Cardinal Sean O’Malley is confirmed as the head of the Doctrinal Congregation, things would be a rather smooth sail for the Bark Peter for the rest of the voyage. But according to latest NCR report of July 1, 2017, Pope has already appointed the Spanish Jesuit Archbishop Luis Ladaria, 73 who was deputy to Muller to replace him.

It only shows Francis, the captain of the ship is working round the clock consulting to put the right man to replace persons he removes, so that he  succeeds to  dock his bark in a safe   harbor and hand over the steering to an equally reliable captain in God’s own good time. james kottoor, editor, ccv.

Cardinal Gerhard Müller, prefect of the Congregation for the Doctrine of the Faith, walks into the hall  at the 2015 Synod on the Family.  Patrick Craine / LifeSiteNews.

ROME, June 30, 2017 (LifeSiteNews) – Pope Francis is removing the head of the Vatican's doctrinal office, one of the Church's most senior cardinals, who has taken an orthodox stand from the beginning of the pontificate.

LifeSite has confirmed with a source in Rome that Cardinal Gerhard Muller, prefect of the Congregation for the Doctrine of Faith, is to be removed from his office on July 2, the end of his five-year mandate in the position.

In recent years, the mandate for the office has been extended until the normal retirement age of 75. In the case of Cardinal Josef Ratzinger, it was extended beyond, until his election to the pontificate at age 78.

But Cardinal Muller, 69, has been steadfast in his opposition to the liberal interpretation of Amoris Laetitia favored by Pope Francis.

In terms of vocal conservatives in the hierarchy of the Vatican only Cardinal Robert Sarah remains. Cardinal Burke was removed by Pope Francis and demoted to patron of the Order of Malta. Australian Cardinal George Pell, as reported yesterday, is now off to his home country to defend himself against media-hyped charges of sexual abuse.

Cardinal Muller, according to sources, seems set to take over as the Patron of the Order of the Holy Sepulchre of Jerusalem, replacing Cardinal Edwin O’Brien who at 78 is three years past retirement age. The story broke last week in the Spanish-language newspaper Clarin, and was reported today by the Rome-based Corrispondenza Romana.

Clarin suggested Muller would be replaced by Boston Cardinal Sean O’Malley, known as a yes-man in Church circles. Other candidates include Vienna Cardinal Chistoph Schonborn and Archbishop Victor Fernandez, a close collaborator of Pope Francis.

According to the Vatican press office, Pope Francis met Cardinal Muller this morning, but no information about the meeting has been made public. The head of the Congregation for the Doctrine of the Faith was at one time second in power only to the Pope.