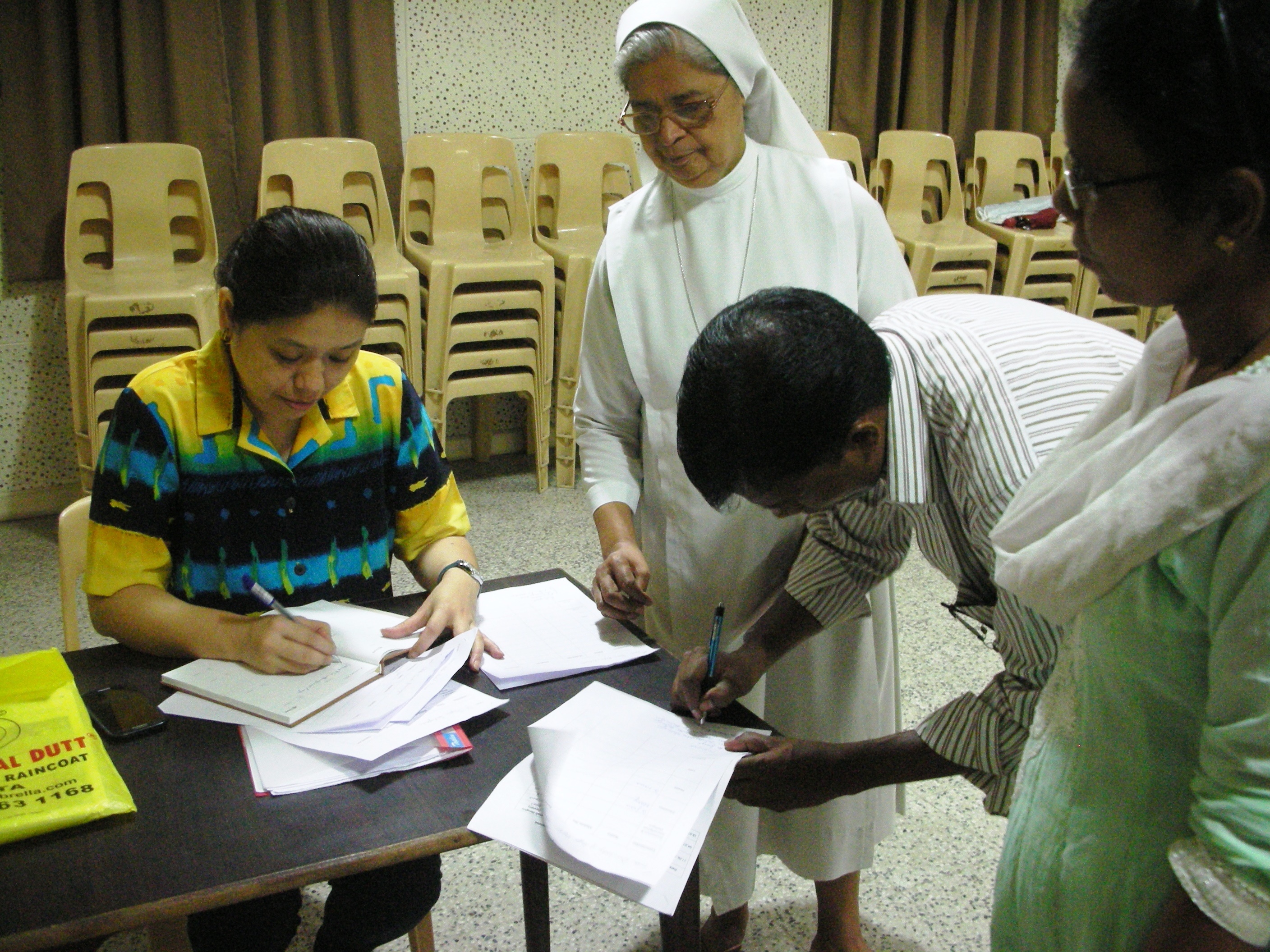 The five points from his opening address on Oct. 11, 1962 for achieving the pastoral renewal of the Church were:

The above profound transformation in the Church’s vision necessitated setting up of specific concerns/commissions and drawing up of Pastoral Plans (workable road maps) for these concerns.

After two years’ groundwork and deliberation by the Archdiocesan Pastoral Core Team, working papers have been prepared and Pastoral Plans drawn up on the twelve concerns viz. (1) Laity (2) Education & Culture (3) Health (4) Ecumenism & Interreligious Dialogue (5) Family (6) Women (7) Youth (8) Christian Life (9) Evangelization (10) Social Development (11) Small Christian Communities and (12) Social Communications.  Workshops for Animators of all 12 commissions including parish representatives have almost been completed (last workshop at Kamarchowki and Bongaon churches on 18.07.2015).  Credit for this must particularly go to Fr Dominic Gomes – Vicar General, who spent sleepless nights to stitch together the whole process.

The plan now is to go for simultaneous launch of the pastoral plans in all parishes of the Archdiocese in August 2015. After this will start Concern-wise implementation at the grass-root level. Since it is a very important activity that calls for the participation of all in a parish, the Archdiocesan Think Tank has rightly proposed to have a solemn inauguration mass before the launch – preferably on a Sunday.  Parish Priests will announce at all masses and inform parishioners of the Archdiocesan Pastoral Plans.  They will invite parishioners to join any of the 12 Concerns. On that day itself, outside the Church 12 booths or tables – each representing one Concern – could be set up. At the back of each booth a flex with highlights of the particular Concern will be displayed. These booths are to be manned by two volunteers who are well-conversant with the particular area of concern. Interested parishioners could register their names at any desk of their choice.  Flex and leaflets are to be provided by the Archdiocese. There is need for rehearsals, particularly the choir, ideally to be represented by the youth. To ensure quality, inspection and direction by noted connoisseurs of music namely Derek Fernandes, Morris Menezes, Peter Chowdhury (Frank Anthony School), Peter Gomes (Don Bosco Park Circus), Dilip Mazumder and Dilip Rozario – would spare last minute blush.

It has been suggested by the Think Tank that each booth be manned by one member from the Parish Pastoral Planning (PPP) Core Team and one from the Parish Council. But many parishes do not have Parish Pastoral Council (PPC) and Parish Finance Committee (PFC) even after 53 years of Vatican II. For implementation of the Archdiocesan Pastoral Plans in the parishes, full support at the base i.e. of the Action Groups in a parish is a MUST.  Without this, a top-heavy structure of only PPP Core Team and  PPC will collapse. But in many parishes important Action Groups (e.g. CAB Auxilium Unit which used to take care of Education, Health, Minority Scholarship, Survey of the Parish, etc.) have been forcibly shut down, leading to a closure of these development activities. Implementation of Pastoral Plan and development of a parish go hand in hand – one cannot be separated from the other. This anomaly and injustice is happening in spite of the Laity forming more than 90% of the church.

It’s an arduous task.  But let us “Be filled with hope and faith” than being  “prophets of gloom”  as Saint John XXIII said.