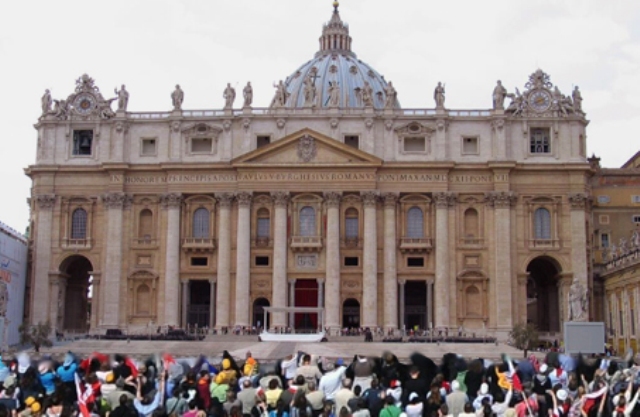 When the Wise Men from the East were hailed into the palace of King Herod the Great, they were accosted with all the accolades a king could shower. But when the king listened to the intent of their visit, “he was disturbed and all Jerusalem with him”. He mustered all his might to address the star-and-child issue,  even by convening a high-level meeting of “all the people’s chief priests and teachers of the law”.

When the king found that the existing canons of royal conduct were not helpful for confronting the birth of a rival ‘king of the Jews’, he had to adopt intrigues. He outwardly supported the mission of the Magi with a rider “to search carefully for the child” and then report to him so that he too would “go and worship him”.

Intrigue sneaks into the palace where existing royal canons misfired. Herod the Great was floored and gulped dust. His coat of arms quivered. And, his miter wobbled. He had no qualms when he grew “furious and gave orders to kill all the boys in Bethlehem and its vicinity who were two years old and under”.

The king who ruled by canons gets mired in intrigues! Even his son Herod the junior could not free himself from treacherous intrigues as he found himself mired during the trial of Jesus.

Besides royal residence, ‘palace’ also connotes bishop’s residence which has been popularly named ‘Bishop’s Palace’. The occupant, after consecration, is accosted to his residence and office. Sessions of hallelujahs by nuns, priests, monks and church citizens follow. Once free of adulatory sessions, he comes to grips with terra firma.  He listens to the Vicar General and laity representatives who present to him a litany of diocesan woes. The bishop’s zucchetto starts quivering. He checks with his secretary and chancellor for relevant provisions of canon law and tradition. When such provisions are found irrelevant, he gets disturbed and all diocese with him. Vicar foranes and canon law experts are called. When they wave their hands in dismay, the bishop cannot but take recourse to satanic intrigues to extricate himself and the diocese from critics, rivals and real estate businessmen. He would give a holiday for faith and prayers, transparency and accountability.

One day there was great commotion in front of a bishop’s house which was occupied by a saintly shepherd. The cause of commotion was rather trivial. A priest who was transferred to another parish did not want to move despite the bishop’s explicit orders. He instigated a group of parishioners on the pretext that the bishop was harbouring ill-will towards him. He also moaned that injustice had been mounted on him from the day of his ordination. The parishioners, mostly women, took his bite and turned boisterous. They boarded vans arranged by the priest and comfortably descended  before the bishop’s house shouting unholy slogans. They were not troubled by possible action by local police, because a parishioner, who donned uniform as an IPS officer and was a city commissioner in the capital, was in the parish priest’s pocket. Whenever the commissioner visited home the parish priest would arrange a stately reception for him.

The boisterous group turned the holy place filthy with shouts and bouts. The bishop and his blest retinue was taken aghast. This motley bishopric team were physically overpowered by some bellied bullies who called themselves parish council members. Some women who were weighed with  jewelry stormed into the episcopal precincts and squatted everywhere. Police were called in to enforce order. But the sub-inspector swayed by the dictates of the city commissioner and was unable to act on his own.

Meanwhile, the bishop’s driver, the gardener and the diocesan lawyer met and ironed out a truce. The bishop should make a tempting offer to the parishioners that he would arrange a matching grant for the parish mutual fund scheme.  He would also provide financial assistance for the completion of the parish church. Further, he would post an academically qualified parish priest who would start establishing a school in the parish. The lawyer, who found that the sub-inspector was under the spell of the city commissioner and was unable to act on his own, contacted the DGP directly and apprised him of the developments. The DGP who had an earlier grouse with the commissioner, ordered the local DSP who rushed in with a 40-member posse of policemen to clear hurdles. The truce was discussed with the parishioners by the bishopric team and was accepted by the parishioners with a round of loud applause. The parishioners left the bishop’s house shouting holy slogans in praise of the bishop.  What worked: piety or intrigue? What succeeded: bishop’s shepherding or the trio’s truce? The questions still beg answers.

Couldn’t the curia elites and the resource-fortified diocese preempt such happenings through their sagacity and discipline? Should they leave it to driver, gardener and lawyer for solutions to problems?

Among the disciples of Jesus, Peter cherished dreams of royal palace for Christ. He even reprimanded Jesus for referring often to crucifixion. But Jesus called the first pope ‘satan’, because he was an obstacle to the Lord’s kingdom values.

While turning the pages of history one can see the varieties of intrigues cropped up in the palaces of various kingdoms. A closer look at the bishop houses and presbyteries may not be less in intensity.

Even when intrigues are masterminded for bishop houses by persons other than the eminences and lordships they too are palace intrigues.  Pope Francis  kept himself from such palatial machinations by not succumbing to the temptation of occupying the Apostolic palace in the Vatican. He is amply content in residing at the guest house Domus Sanctae Marthae, suite 201, living in community with others. Intrigues in the Vatican cannot get the papal stamp of  Apostolic Palace, thanks to  thanks to Pope Francis!