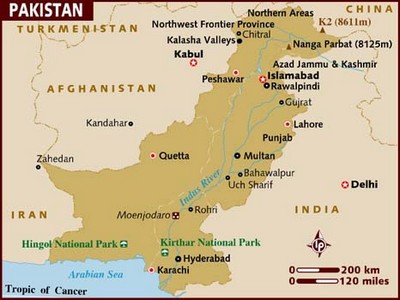 Pakistan on Wednesday executed a Christian death row convict despite repeated calls for clemency from rights groups and Church leaders.

A spokesman for Justice Project Pakistan (JPP), a law firm specializing in death row cases, confirmed that Aftab Bahadur Masih was hanged at Kot Lakhpat Jail in Lahore in the early hours of Wednesday.

Bahadur was arrested in 1992 in a case involving the murder of a woman and her two sons. He was tried and convicted in a speedy trial. Critics say the verdict was based on tainted evidence and forced confessions, and witnesses in the case now say Bahadur is innocent.

Bahadur was only 15 years old at the time of his arrest — too young to face the death penalty, argued critics including the JPP, which handled his case, and British rights group Reprieve.

They also argue he was tortured into confessing to the crimes, as were two of the witnesses against him — including his co-accused, Ghulam Mustafa — who have both since retracted their statements.

"This is a truly shameful day for Pakistan's justice system," Maya Foa, director of Reprieve's death penalty team, said in a statement.

"To the last, Pakistan refused even to grant his lawyers the few days needed to present evidence which would have proved his innocence. This is a travesty of justice and [a] tragedy for all those who knew Aftab."

Dozens of activists and relatives of Bahadur held a protest on Tuesday outside the Lahore press club demanding the execution be stopped, while Church leaders had also appealed to the president for a reprieve.

“It is unfortunate that authorities have gone ahead with the execution of Aftab Bahadur,” Cecil Chaudhry, executive director of the National Commission of Justice and Peace, a human rights body of the Catholic Church, told ucanews.com on Wednesday.

“Justice demands that if there is an iota of doubt, there should be an inquiry. In the Aftab Bahadur case, there was strong evidence to suggest that he was a juvenile at the time of his conviction,” Chaudhry said. “Two witnesses also retracted their statements and said Aftab was innocent.”

Chaudhry said that President Mamnoon Hussain could have considered the fact that Bahadur had already spent 23 years behind bars. Before the execution, the NCJP had pleaded with President Hussain to grant clemency. The Archbishop of Karachi, Joseph Coutts, had also written to the president, asking for the execution to be stopped.

Pakistan lifted a six-year moratorium on executions in December after the massacre of 132 children at a military-run school in Peshawar.

Last week, Pakistan’s independent human rights commission said that more than 130 people have been executed in 2015, the highest for any year in a decade.

The commission has demanded the government re-impose the moratorium on capital punishment and abolish the death penalty.

With additional reporting from AFP