Opposition to Pope Francis: The Good, The Bad, and The Ugly 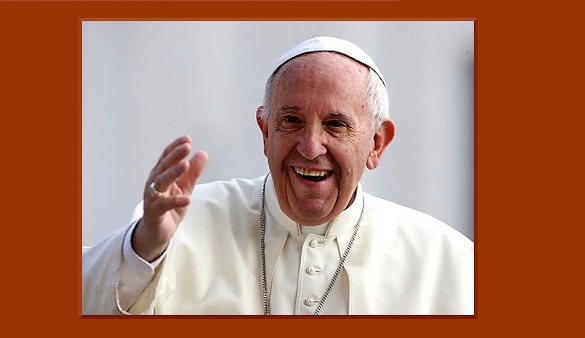 Jerome  D'Costa, blogger, writer, translator, journalist, and photographer, is originally from Bangladesh, and now settled in Canada. His incisive articles are frequently published in Bangladesh Canada and Beyond.  Here he has written a three-part treatise on Opposition to Pope Francis from his own flock, especially from the conservative cardinals, bishops, priests and laypersons.  He has analysed that In the last three years, this opposition is getting fiercer day by day. The pope's fault is he is trying to:

(1) bring simplicity in the hierarchy, including the papacy (his spartan lifestyle is a living example)

(2) get the Catholics follow Jesus Christ as taught by Him and, finally, i

(3) to implement the teachings of the Second Vatican Council (1962-65), including some reforms.

In fact,  though 57 years have elapsed since Vatican II, the Church, particularly the Indian Church is yet to implement most of its teachings / recommendations, particularly in recognising and giving the Laity its rightful role in the management of the temporal affairs of the Church.  It is very evident the Hierarchy is bent upon being close-fisted and control all the power, particularly financial. Though the Laity is multi-faceted and very talented, the Church, particularly in India, is very allergic to make use of this rich pool of resources, except tapping it for sponsorship of various festivals. In general, the Church has exhibited total lack of transparency in accountability of fund utilisation and its property mapping.

Given below are the links to the very well-researched three-part treatise by Jerome D'Costa.  He has cited reasons why the Pope has been facing opposition in bringing about his reforms. He also highlights the personalities who put the roadblocks to his pace of change for betterment.