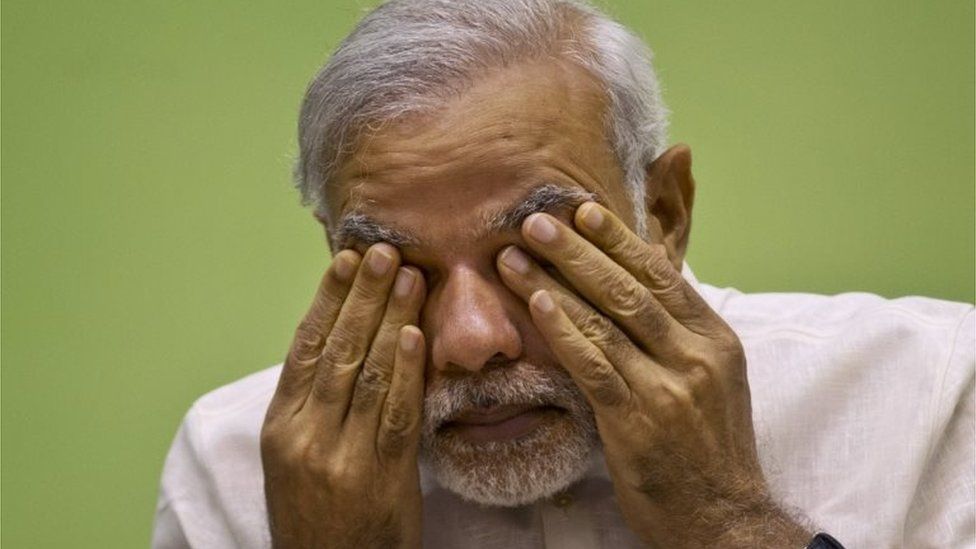 The Farmers have won only the first round, a bird in the bush, in the hand of one has never kept his promises! He has hardly kept any of his promises. So we have to wait & see what happens after th parliament clarification. james kottoor, editor WCV

The Prime Minister's announcement that his government will repeal the three farm laws constitutes a historic victory for the year-long, equally historic, united struggle of kisans under the leadership of the Samyukta Kisan Morcha.

Modi-ji was not gracious in defeat.

There was not a word of regret for the 700 farmers martyred in the struggle. There was no assurance that all false cases against the farmers would be withdrawn. There was no apology for the harsh words used against farmers in the course of this one year. They were abused as terrorists, traitors, goondas, disruptors, liars and cheats by leaders of his party. One of them who is still in the central cabinet was complicit in the horrific happenings in Lakhimpur Kheri. Modi-ji maintained a deafening silence.

The Prime Minister also scored a self-goal when he defended the laws saying that he was sorry he had failed to convince "some" of the farmers. The question arises: If the laws are good, if only "some" of the farmers have opposed them, then why withdraw the laws? It doesn't need a political scientist to fathom the reason – the huge political fallout of the continuing kisan struggle on the forthcoming elections, particularly in Uttar Pradesh and Punjab, the epicentres of the struggle.

The message in the PM's defence of the laws, even while withdrawing them, was heard loud and clear by the farmers: given an opportunity, the Government will push for the laws again, more so if they win the state elections. Already the main contender against the BJP for power in UP, the Samajwadi Party, has coined the slogan "Saaf nahi hai inka dil, chunaav baad phir layenge bill.(Their intentions are not honourable, they will reinstate the law after the elections)."

The statement from the Samyukta Kisan Morcha indicates that they are not withdrawing their struggle until the most important issue they have been raising, which is a legal guarantee for minimum support prices, is addressed by the government. Other issues have also been flagged by the leaders of the kisans, many of whom have expressed skepticism about the announcement. The distrust of the government runs quite high. So if the BJP thought it could remove the kisan agenda from the electoral battle by this move, they may be in for an unpleasant surprise.

There is another more cynical reason for the BJP move. In UP, particularly Western UP, communal riots just before the last assembly elections paid the BJP rich electoral dividends. Since the countdown began to the elections this time, the BJP is in mission mode to create communal disharmony using an arsenal containing communally toxic slogans, campaigns targeting minorities on so-called "love jihad", violent anti-cow slaughter campaigns, and giving licence to the police to arrest young Muslims at will. The response to the communal campaign has been tepid.

The unity of the kisans across religious communities and castes has acted as a barrier to the default electoral strategy of the BJP. The BJP hopes that by accepting the kisan demands for now, they can get the issue out of the way and have a better chance at pushing their own divisive agenda.It would be good for India if the government learnt the lessons the kisans have taught it.

Lesson number 1: Bulldozing parliamentary procedures using the strength of a brute majority can be costly. If the government had sent the Bills to the Standing Committee, if it had given farmers the opportunity to be heard, if it had allowed fair voting procedures this situation would not have arisen. The Bills in their present form would not have become laws.

Lesson number 2: Disregard and contempt for dissenting voices is counter-productive. From the very beginning, this government used all its power to defame farmers. Just as advocates of justice for adivasis and Dalits and minorities have been branded 'urban Naxals' and imprisoned, farmers leaders were branded as anti-nationals. In this case, the strength of the farmers' united movements put the government on the defensive with the struggle organically transforming into a mass struggle against the BJP and its governments at the centre and states.

Lesson number 3 which needs no explanation:

India's labouring classes, the kisans and workers have shown by their courage that dictatorship does not work, dictatorship can be defeated.

The victory of the Kisan movement has wider implications and will bring confidence to all those on the side of justice and the values of democracy and secularism enshrined in our constitution. worki worki

Brinda Karat is a Politburo member of the CPI (M) and a former Member of the Rajya Sabha. Disclaimer: The opinions expressed within this article are the personal opinions of the author. The facts and opinions appearing in the article do not reflect the views of NDTV and NDTV does not assume any responsibility or liability for the same.