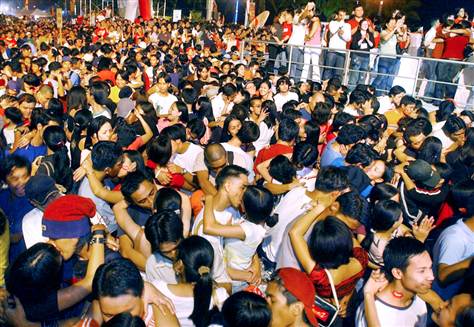 (Note: No one can and should question the blessings of internet as a unifier of peoples and nations. But what happens when two  wrong persons come too close to each other? Kiss of love, for wrong reasons. So it is a question of making proper distinctions between use, misuse and abuse of modern discoveries and for law enforcement agencies to step in when Lekshman Rekha is violated. When this is not done even a TV a treasure store of knowledge becomes an Idiot Box. Eternal vigilence is the  price we have to pay for safeguarding our freedom. What is reported below should be a wake up call to all cyber crime supervisors. james kottoor, editor)

THIRUVANANTHAPURAM: In a major raid conducted across the state, an online flesh trade racket was busted by the special cybercrime squad of Crime Branch here on Wednesday.

A total number of fifteen persons including the 'Kiss of Love' organiser couple Rahul Pasupalan and Reshmi R Nair were taken into the custody by a police team led by IGP (crimes) S Sreejith from Kochi during the state-wide crackdown on sex racket named 'Operation Big Daddy'.

As per the information received from here, eight persons including four women, were nabbed near a premium hotel near Nedumbassery airport in Kochi, and the remaining seven landed in the police net from various districts such as Ernakulam, Malappuram, Palakkad, Idukki and Thiruvananthapuram.The seven persons were arrested for allegedly active in a Facebook group named ' Kochu Sundarikal',a page created for the pedophiles. Two minor girls reportedly brought here from Bengaluru for the flesh trade have been rescued by the police team.

There was also an attempt to crush a police team by a group to escape from the spot by ramming the speeding car on them, however, the police team evaded and the car sped away from the spot immediately.  One of the arrested , Akbar, a notorious goon and native of Kasargod , is said to be the middle man for arranging women for the needy through online portals and social media.   Intense interrogation is on at the crime branch headquarters and cyber crime wing by the officials in the city after bringing all the accused persons here by Wednesday morning.

The raids were conducted simultaneously at five different locations in the state on Tuesday with the help of the respective local police force. The police also seized lap tops, mobile phones and ATM cards from the accused persons.Rahul and Reshmi rose to fame after organizing Kiss of Love protests in Kerala, which were to protest against the rising incidents of moral policing. The protests went peacefully after they were organized for the first time in Marine Drive, Kochi. Later the same protests were held in Kozhikode. Outside Kerala, the protests gained support in Delhi, Kolkata and Bangalore, with right-wing activist groups like VHP opposing the protests.