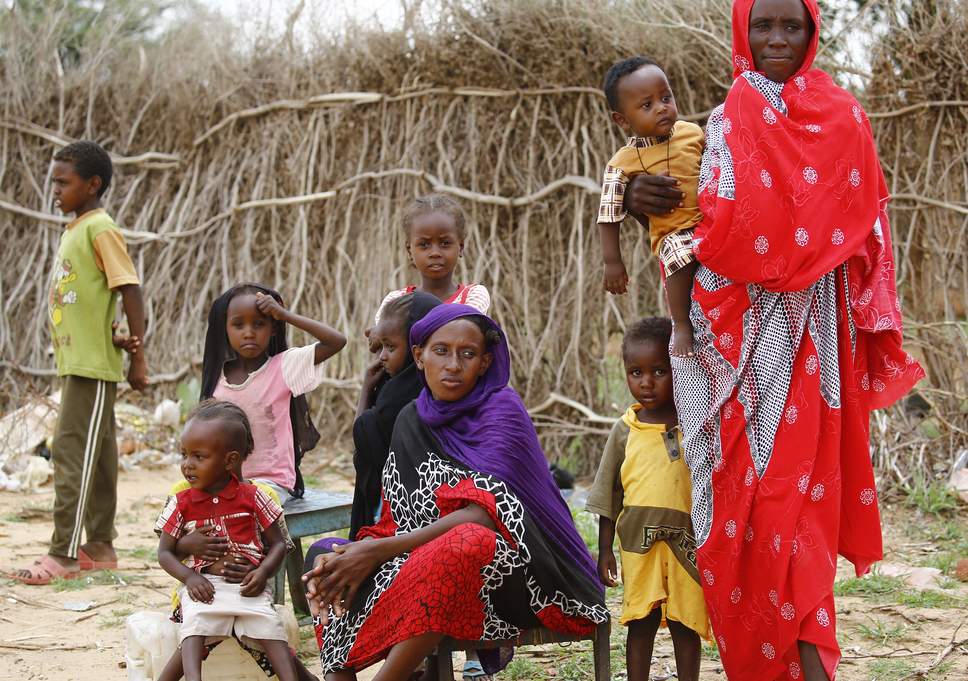 Last Sunday (17 June) during his Angelus Message at St Peter’s Square, Pope Francis said, “next Wednesday is World Refugee Day, to draw attention to our brothers and sisters who, often with great anxiety and suffering, are forced to flee their homeland because of conflict and persecution. This year’s world day takes place as governments hold formal consultations for a Global Compact on Refugees, to be adopted by the end of the year, for safe, orderly and regular migration. I hope the states involved in these processes are able to reach an agreement that will ensure, with responsibility and humanity, assistance and protection for those forced to leave their country.” He went on to add, “each of us is called to be close to refugees, to find moments of encounter with them and value their contribution, so that they too can better integrate themselves into the communities that receive them. The solution to many problems can be found in this type of encounter and in this mutual respect and support.”

Pope Francis has been consistent migrants and other forcibly displaced. He has championed their cause and shown through substantial acts how everyone (particularly Christians) should respond to their cries. He has challenged all to welcome, protect, promote and integrate refugees. On 14 June in a message to the 2nd Conference on International Migration hosted by the Holy See and Mexico, he said, “we must move from considering others as threats to our comfort to valuing them as persons whose life experience and values can contribute greatly to the enrichment of our society,”. He added “there is need to ground responsibility for the shared global management of international migration in the values of justice, solidarity, and compassion; we are called to encounter the other, to welcome, to know, and to acknowledge him or her. These persons, our brothers and sisters, who need ongoing protection independently of whatever migrant status they may have. Their fundamental rights and dignity must be protected, especially those of migrant children.All of them hope that we will have the courage to tear down the wall of ‘comfortable and silent complicity’ that worsens their helplessness; they are waiting for us to show them concern, compassion, and devotion.”

There have been several heartrending scenes, which highlight the sheer inhumanity that is the lot of millions of refugees and displaced across the world. Just this past week, two callous deeds will remain forever etched in the world’s memory. The first was the refusal by the Italian and Maltese Governments to allow the rescue ship MV ‘Aquarius’ to dock in their ports. The ship was carrying 630 refugees picked up at sea. Fortunately, the Spanish Government stepped in and the refugees were able to land in Valencia after a horrendous eight-dayordeal at sea. The second is the ‘zero tolerance’ policy of the US Government, which has to date separated more than 2,000 children from their parents who have entered the US illegally. There is an outrage all across the US on this policy but the US administration is unrelenting.

Millions continue to be victims of war and persecution; from Yemen to Myanmar, from Venezuela to the Central African Republic. At the same time, in many countries, xenophobia, racism, discrimination and exclusiveness is on the rise as never before.  Right-wing, anti- immigrant ‘populist’ leaders are winning elections in some key western countries.  New and tougher anti-immigration policies; the shrill voices for refugees to return home does not help in easing the crisis. The military-industrial complex is definitely not keen that the wars end; they rake in huge profits from the sale of arms and ammunition to all the warring factions. Key members of the UN Security council thrive on the production and sale of deadly weapons. Multi-nationals and other big business houses and even Governments with lop-sided anti-people projects, do not bat an eye-lid in displacing the poor and the marginalised.

UNHCR states, “We are now witnessing the highest levels of displacement on record. An unprecedented 65.6 million people around the world have been forced from home. Among them are nearly 22.5 million refugees, over half of whom are under the age of 18.There are also 10 million stateless people who have been denied a nationality and access to basic rights such as education, healthcare, employment and freedom of movement; nearly 20 people are forcibly displaced every minute as a result of conflict or persecution”

In 2016, just before the United Nations General Assembly (UNGA) in New York, the UNHCR launched a massive global campaign and petition #WithRefugees, The primary aim of this initiative was to show world leaders that the global public stands #WithRefugees and that concrete solutions need to be found to address the global refugee crisis.  At the heart of this campaign is a commitment  to ensure that  every refugee child gets an education; that every refugee family has somewhere safe to live; that every refugee can work or learn new skills to support their families.

This campaign continues until a global compact for refugees is adopted at the next UNGA in September 2018. On 19 September 2016, at the conclusion of a ‘United Nations Summit on Refugees and Migrants’, in New York, world leaders finally produced a significant declaration  to deal with the refugee crisis. To implement the lofty ideals encompassed in the Declaration, they committed themselves to drafting and approving, by the end of 2018, two Global Compacts: one regarding refugees and the second, for safe, orderly, regular and responsible migration. Both these compacts are meant to comprehensively protect, promote the rights and integrate migrants and refugees into the mainstream.

With less than six months to go, some work has been put in, with ‘zero’ draft documents on both the compacts already in place. However, the recent past has not been easy for refugees and other displaced all over the world. Last December, the United States announced that it was withdrawing from the two Global Compacts. There is an ‘official’ atmosphere of hostility towards refugees and other migrants in the US today, despite visible and vocal protests from the Church and civil society there. India on the other hand has literally shut its doors on the Rohingya refugees fleeing persecution in Myanmar.

Child refugees are the greatest victims of this great tragedy. For the majority of them it is a ‘lost childhood’; denied the simple joys of a child, out-of-school of several years. The Jesuit Refugee Service (JRS) a has been doing its best to provide education to refugee children across the globe. On World Refugee Day this year JRS together with “Entreculturas’ have launched a campaign ‘4 Words to Open the World’to advocate for refugee education.

JRS states, ‘schools are safe places where children can bond with their peers, thrive after trauma, and regain a sense of normalcy and stability despite their displacement. Education is a way to monitor and foster their safety and wellbeing. Attending school protect children from being exposed to risks such as labour and sexual exploitation, military recruitment, and early marriage. Access to early childhood and primary education is particularly important because this is the foundation for a lifelong learning process. Education is essential for displaced children to develop the tools necessary to fulfil their potential, and contribute to the growth and stability of their communities’.  They highlight the words of  Ali, a Syrian refugee attending one of our schools in Lebanon “I really like going to school; I don’t want to leave it. My only hope for the future is being able to read and write.”

World Refugee Day (20 June) is a reminder to the global family, that refugee; the displaced, have no choice of their own. It is important to commemorate the strength, courage, and perseverance of millions of families forced to flee their homes.  Nevertheless, we also need to challenge unjust systems and political leaders, the rich and the powerful who are responsible for displacing people, for the refugees and the migrants of this world. World leaders and every single citizen must demonstrate the political will, the courage and compassion to reach out to refugees, to listen to them and to address the endemic issues, which has resulted in the greatest humanitarian crisis after World War II.  We need to make room for these- our less fortunate sisters and brothers- in our hearts and lives.  We must restore the joys of childhood, the needed education to refugee children. Above all, we need to open the world through the four keys given to us by Pope Francis: to welcome, protect, promote and integrate them!

*(Fr. Cedric Prakash SJ, is based in Beirut, Lebanon with the Jesuit Refugee Service (MENA) as the Regional Advocacy and Communications Advisor. Contact: cedricprakash@gmail.com)