ONE LETTER TOO MANY (A sequel to “Men of Letters”) 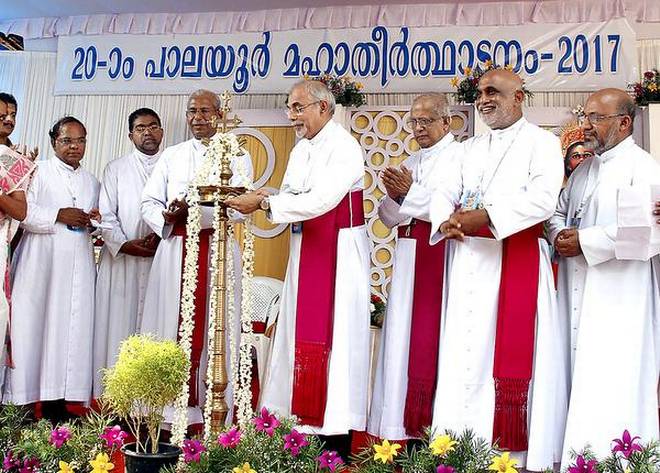 There is a story of a lover who kept writing love letters to his beloved in a village. Since she was illiterate the postman would read the letters to her, and even write the replies. After sometime the man found that the replies from his beloved had dried up. He rushed down to the village to investigate; only to find that the young woman had eloped with the postman! This was a different ending to the usual “shooting the messenger”.

Last week I had written “Men of Letters” regarding the “pastoral letters” of the archbishops of Gandhinagar and Delhi. I now have another pastoral letter at hand – a 6197 word, 14 page epistle, written by another archbishop. This time it is Abp Philipe Neri Ferrao of Goa. I ploughed through all 14 pages before writing this riposte. I have a strong premonition that this surfeit of “love letters” is driving the maiden into the arms of the postman, leaving the letter writer in the lurch. We could even expect an exodus from the Catholic Church, with shifting loyalties, as a result of such frivolities. Since such epistles are usually addressed to the “dearly beloved” they are indeed in the genre of a love letter, with its attendant risks.

Ferrao’s letter No CP – Past – 164/2018 was issued on Pentecost Sunday, 20th May. It has just gone public. The mainstream media has latched on to just a couple of statements from page 10 of the letter. That was enough ammunition for them. They are not bothered about the context, or the content of the other 13 pages. They got their “breaking news” for the day.  One would have thought that after the fiascos of the two previous pastoral letters, that our bishops would have learnt their lessons. Not so. Like irresponsible politicians they too seem to suffer from an overdose of “foot in mouth disease’. Because they are infected by the same virus – imagining that they are a superior breed that knows everything. Monologues for them – their very own “Mann ki Baat”.

What has the mainstream media latched on to, with political adversaries sure to follow?  The “offensive” text is to be found in Section IV (I) ii & iii. Section ii is entitled “Trampling of Human Rights”. It quotes Pope Francis to say that it is easy to trample on the rights of the poor because they have no voice, and nobody to defend them. Fair enough. The same para then continues, to talk about the emerging trend of uniformity and mono-culturalism, resulting in human rights being under attack, democracy being in peril, Minorities feeling unsafe and a decline in the respect for the law. Was this what Ferrao was actually aiming at, disguised in 14 pages of a letter that comes straight out of a book on Liberation Theology? Defending the Archbishop, his secretary Father Joaquim Loiola Pereira told reporters that one or two statements from the letter had been taken out of context.(ANI/Twitter)

Section iii is titled “Danger to our Constitution”. It warns against being taken in by the false promises of candidates at election time, and affirms that the CBCI is committed to promoting secularism, freedom of speech and to practice one’s religion. It also warns about the fast approaching general elections. So there is a distinct political flavour to the pastoral letter. As an aside I would like to ask how much freedom of expression do we have within the church; when priest editors are not allowed to publish certain stories, when church bodies are packed with sycophants, when any form of dissent is perceived as an attack on the church or as anti-clericalism?

One swallow does not make a summer. Two could be a coincidence. But three letters with a political twist, leads one to draw only one conclusion, that there is definitely a method in the madness.

The saving grace of Ferrao’s letter is the appeal to the laity to get involved in politics. They “should follow the dictates of their conscience while doing so, and shun sycophantic politics”. Nice words. Did he say “sychophantic”? Ahem. But how many of the Catholics of Goa are going to read a 14 page epistle, let alone take it to heart?

Lay Catholics, in particular, are not accustomed to serious reading. At such a time the All India Catholic Union should have been working overtime in the arena of political affairs. Unfortunately it seems to have ceded this space to the bishops, while it is busy collecting funds for its centenary celebrations next year. Wonder what they will be celebrating?

I appreciate Ferrao’s concern for political sycophany. Expediency would have been a better choice of word. Goa, like many in the North East, is a small State. Legislators in such States, regardless of religion, have little or no political ideology. They just flow with the tide and enjoy the ride. That is why in Goa, as in some North Eastern States, Christian legislators have had no qualms of conscience in joining hands with a political party that most other Christians consider anathema.

I just received a post from a friend who was earlier in Vatican Radio, about Pope Francis meeting with Russian Orthodox Metropolitan Hilarian Alfeyev on 30th May. In the context of what is happening in Russia and the Ukraine, where the Catholic Church may be perceived as a possible threat, Pope Francis unequivocally stated that the Catholic Church should not get involved in political issues. Would that our Indian bishops heeded the voice of sanity of the bishop of Rome.

If not, the net result of all these love letters would be that the village maiden will have eloped with the postman, for having written one letter too many. These red-sashed prelates would then have to confine themselves to cutting red ribbons while inaugurating one more new building (the opposite of Liberation Theology), being chief guests at convent concerts, or confirming cherubic kids with a much too delicate tap on the cheek!

P.S. My wife, who is far wiser and more practical than me, has a different take. She says “Let the bishops stand for election”. Let them walk through the grime of overcrowded city slums, or the dusty and parched lands of distant villages. Only then would they understand what electoral politics is all about. They may then refrain from issuing more such “pastoral letters”.

* The writer is the National President Emeritus of the All India Catholic Union.