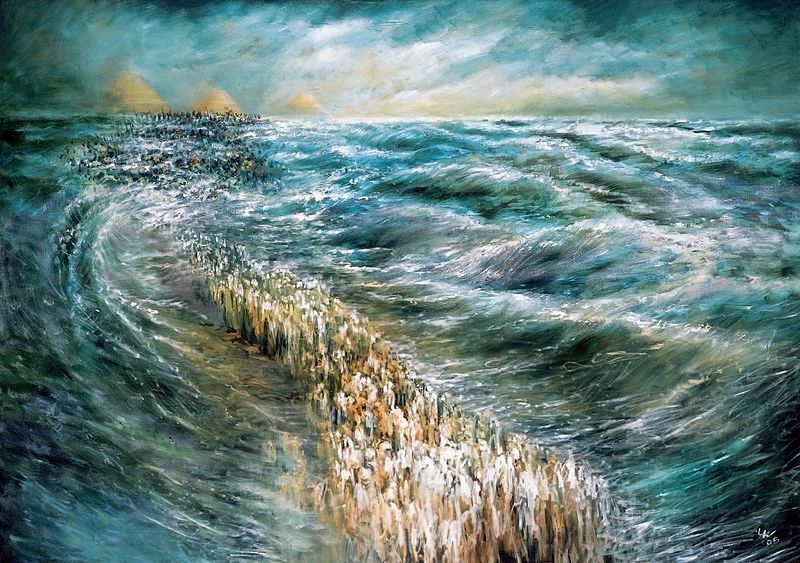 Response to questions raised by james!

It looks that Varghese Pamplanil, our esteemed columnist has gone on a demolision drive, with holds bared, to crush to smithereens, some of the blind beliefs held by Christins in general and Catholics in particular, raised at the August 10th Chicago speech.

To sharpen his arguments he quotes liberally from esteemed world historians with names and year, proving also his grip on facts acquired through systematic study and research. Of course, none of these is proof, that his is the last word on blind beliefs. His style is: “Bright, Brief and Begone!” His efforts, instead, should provoke and challenge the rest of us, to go one better to find any lacuna in his argument.

That after all is the process of discovering the WHOLE TRUTH which is incomprenensible since we are all smaller or bigger ZEROS or “know-nothings” and since CHANGE for the better or worse, is the only law of nature. Our thanks to Varghese, for sharing his LIGHT on 4 points raised at Chicago.

TRUTH is light eternal, or God for Gandhiji. Even those who don’t believe in a “Personal God” believe in TRUTH! Don’t they? That truth is residing, not in any heaven above, but in the recess of the heart and minds of all humans, the only living and flaming temples of God in every human being.

No to Hypocritical Catholic!

Share that flame of light and warmth with us to dispel the encircling gloom and doom growing day by day. That will also be a fitting response to Francis’ exhortation  to “become an honest Atheist, than a Hpocritical Catholic!” james kottoor, editor CCV.

Read below Pamplanil’s response to james

This is in response to the issues raised by Dr.  James Kottoor

Our minds manufacture and spread belief in god(s); more precisely god(s) are the product of the mind’s cognitive mechanisms. Gods and dead ancestors are believed to confer blessings and meet out  punishments.

The building block of belief is  the perception of a power higher than ourselves. Our ancestors most likely dreamed up gods. Gods may have also been conceived as personifications and explanations of natural forces such as fire, which is still present in the rites of most of the world’s religions, dramatic weather changes, violent  natural phenomena such as thunder and lightning, hurricanes, eruption of volcanoes. The  Sun is still worshiped as god ‘ Sol Invictus’.

The fact that people belonging to different regions and  societies conceive their gods differently underscores that if god is the creator of  everyone everywhere all should be believing in a single  god.

The god of Abrahamic religions is paternal and like a good father loves us  unconditionally. He hears our prayers, if we worship him hard enough, make sacrifices of some sort, acknowledges that we are highly imperfect. We should thank him profusely (whether or not he grants our wishes) and convince ourselves that we are born bad. This god makes  decisions based on our prayers as well as prayers of others who share our beliefs.

Even when he refuses our wishes or needs, we should continue to  believe that whatever occurs is in our best interests, even if it doesn’t seem that way. This invisible god has a purpose for everything. The Judeo-Christian god is physically everywhere. He knows if we have been naughty or nice in our mind.

This god can be surly, impatient, vengeful but in most ways he is regular guy. Religions always assign simple and mundane human capacities in god. All human attributes are there. Gods are assumed to perceive, feel and act like ordinary folk and behave similar to  the best and worst of us.

During the period Jesus is believed to have  lived many messiahs and prophets were moving around Galilee. They  consisted of wandering exorcists and healers. Galilee was also the  hotbed of rebellion against Roman rule. Many were hanged routinely and ruthlessly for revolting against Rome without any mercy.

Jesus, to his followers was a teacher and prophet of end times. He was to them not any god or god’s son. It is only after Constantine adopted Christianity that Christ, made up by Paul, was remodelled to a Greco-Roman god born to a virgin like Hercules and other Olympian gods acceptable to the Roman nobility. Earlier painting of Christ resembled Zeus. A rustic Galilean preacher  was not marketable to the senatorial class. Many became Christians  for material gains, social and political advantages.

The Gospels were written many decades since  the death of Jesus after the fall of Jerusalem based on exaggerated oral traditions and miracle stories. Only Matthew is believed to be Galilean. Why there is no bible in the Aramaic, the language spoken by Jesus? If one reads the bible horizontally,  galore of contradictions and inconsistencies  become clear. The book has undergone many changes over the years to suit the purposes of the church behind the iron curtain. Ordinary people were not allowed to read the book for centuries.

Arnold J Toynbee in his “Study of History” says that the Gentiles of  Galilee were forcefully converted to Judaism by Alexander Jannaeus (102-76 BCE). Hence how could Jesus be a descendent of David as claimed in the bible?

“Nowhere is the blend of political, religious, and social elements more apparent than in the papal elections. In their intensity and passion, they matched and in some cases surpassed the turbulence surrounding imperial elections. Many papal elections involved violence, chicanery and corruption on a grand scale. Blood ran in the streets of Rome, gold changed hands in the corridors of power, rival factions pumped out propaganda and   ambitious men caballed around the deathbeds of the popes.”

“The high  passions and low intrigues that this involved have a familiar, almost contemporary ring. The fire and spice of these times comes through to us in the surviving  documents of the period. This is the raw red meat of history; this is not the desiccated pre-packed portions often served up in the guise of papal history”. (The quotation above is from Jeffry Richards “ The Popes  and Papacy in the Middle-Ages cited in the book “The Conclave” by Michael Walsh).

Catholics believe that the choice of the Pope is inspired by the Holy Spirit. There is a joke among Catholics that the Trinity — God the Father, God the Son and the Holy Spirit were discussing where to spend their annual holidays. The Holy Spirit suggested Rome because he hadn’t been there for two thousand years.

Which god would have presided over the election of notorious womanising, gay, rapist,  corrupt, popes such as Borgia Pope Alexander VI, John X, John XII (who became Pope at the age of 18 and turned the Vatican to a brothel),Julius II,Julius III, Urban III,Paul III, Innocent VIII, Clement VII, Leo X, Leo XII, Gregory XIII, Benedict IX many others (the list is rather long). There were a number of popes and anti-popes.