Of the baba, by the baba 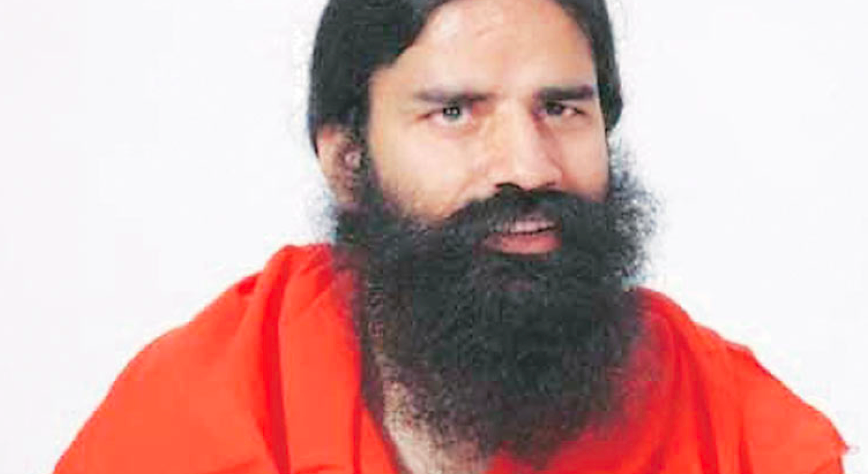 Ramdev is a major TV advertiser. He also makes news!

(Note: Baba Ramdev is known both as a religious figure (Guru) and a business man. The commonly accepted concept and principle is that  religion and business don’t mix or should not be mixed. But in today’s world the worst complaint is that too many people make religion the most profitable business. The best telling example is the proliferating number of Churches  in  the world, which they themselves accept is the biggest scandal of the century. They are in their thousands and each, starting with the Catholic Church, claim, it alone is the only true religion. That itself is proof uncontestable that all are fakes and frauds to some extent at least. Is there any church that proclaims, it is second to another? Don’t everyone say it is the truest and the best? This is advertising not publicity.

What is the difference between advertising and publicity? The essence of advertising is exaggeration and deception saying: “This is the topmost tooth paste in the world!” Publicity simply highlights the truth without making any damaging comparison. It is lighting a candle and putting it on a lamp stand (not under a bushel) so that it may by its own light expel darkness, without any anyone saying anything for or against it. That is why St.Francis said: “go around the world and preach the Good news, but never open your mouth,” that is by your example. Essence of publicity is giving visibility (not hiding under a bushel) to naked truth which is Goodness  and Goodness  is enticing, infectious and contagious like leaven. Hence the saying: “Truth is a trap.” To go near it is to be drawn into its bowels by the pull of its attraction and gravitation, that is, literally

to be traped. Now you may judge what Ramadev,  all Godmen and pontificating religions are doing. Hence also the saying: “Truth is mighty and will prevail.”  The truth is one can never be both an advertiser and newsmaker the same time without compromising one or the other.  james kottoor, editor)

Baba Ramdev is always making news – literally. You can’t miss him these days. Switch on a Hindi news channel and he will appear before, during and after news round-ups, current affairs shows, or headline news. Watch any Hindi news channel — from Aaj Tak to India News and everything in between on your remote control — and in almost every instance, you will see him looking back at you with that benign expression of benediction. The news — brought to you by Patanjali Ayurved Ltd.

The yoga guru is now a major sponsor of news. His company employs celebrities such as Hema Malini to persuade us to eat his Marie biscuits instead of other brands. Or use his toothpaste. His oils, his atta, his instant noodles, his masalas — the latter puts him in direct competition with another frequent advertiser on news and entertainment channels, MDH, besides MNCs like Nestle, Colgate-Palmolive and Hindustan Unilever, to name just a few.

Baba Ramdev and Mahashay Dharampal Gulati of MDH fame have more in common than just being major TV advertisers. Both gentlemen make a point of appearing in the advertisements for their companies. Ramdev’s case is more piquant: The yoga guru is a celebrity. Thus, we have a celebrity, appearing in commercials to promote his own products — very different from Hema Malini appearing for his biscuits.

Which raises a few interesting possibilities: First, if Baba Ramdev sponsors the news, can news channels report on him with impunity and without bias? The same could be asked of other companies who sponsor news; the difference is that Ramdev has positioned himself as a public figure, a spiritual guru, a social and political activist with strong views on many subjects — many of which he frequently airs on Aastha channel owned by him — that could be open to questioning.

Second, since he is a celebrity and he endorses his own products, isn’t he likely to be covered by new proposals to the Consumer Protection Bill which seek to hold a celebrity responsible for any false claims in the commercial?

If you have watched his commercials for toothpaste which are on air currently, they make fulsome claims for white, bright, strong teeth and scorn other brands.

Media reports say Virat Kohli sponsors 13-14 products, probably making him the highest paid celebrity to endorse a variety of products. Like Sachin Tendulkar, he has advertised for Boost, an energy drink which makes many claims, not all of which are probably true. So he needs to be careful too. Along with Shah Rukh Khan, and Amitabh Bachchan whom we see regularly in TV commercials.

That celebrities should bear some responsibility for products they lend themselves to, seems inarguable: People who look up to them might believe what they say or believe in a product’s qualities because of the celebrity endorsement.

Mahendra Singh Dhoni learnt of these pitfalls after he had to resign as brand ambassador for Amrapali following a public outcry over the company’s alleged failure to meet the construction deadlines of a housing project in Noida.

And is it our imagination or has advertising for fairness creams diminished in the last few months? If ever there was an abomination, this is it. However, that it goes against the grain, didn’t stop Shah Rukh Khan advertising for Fair and Handsome, a product that claims to lighten skin tone in a matter of weeks — like all products in this category.

That claim is the kind that needs the Consumer Protection Bill. Not only can it be a false claim, but also, it does not spell out the possible harmful side effects of using chemicals which “tone down” skin colour.