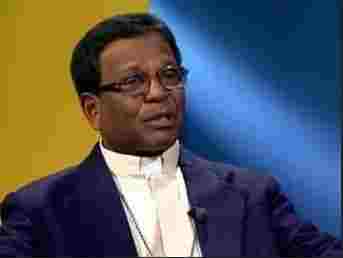 Bhubaneswar: An archdiocese in eastern India plans to build a memorial this year for those killed in the worst anti-Christian violence in modern India.

“Many priests, religious and lay people have suggested a memorial especially for the Kandhamal martyrs. This has been discussed at various levels and it is gradually taking concrete shape,” Archbishop John Barwa of Cuttack-Bhubaneswar told Matters India January 1. “We pray that this process hastens,” added the Divine Word prelate, who heads the Catholic Church in Odisha state.

Kandhamal district in Odisha state was the scene of unprecedented attacks on Christians in 2007 and 2008. The violence in 2008 lasted for nearly four months and claimed more than 90 lives and rendered more than 50,000 people homeless.

The proposed memorial is likely to come up at the premises of Divya Jyoti (divine light) Pastoral Centre, K. Nuagam in Kandhamal. Hindu nationalist groups had ransacked and torched the center during the anti-Christian persecution in August 2008. The attackers brutally attacked its director Fr. Thomas Chellan and gang raped a nun who was working there.

K. Nuagam is about 215 km west of Bhubaneswar, the state capital.

During the year, the archdiocese will also focus on faith formation, education and peace promotion, besides bringing various communities together and reaching out to civil administration.

Archbishop Barwa has issued a pastoral letter seeking suggestions from priests, religious and laity to implement these plans. The archdiocese will address various phases of planning, discussions and deliberations during January to April, the December 15 pastoral letter said.

Meanwhile, Cardinal Oswald Gracias, archbishop of Bombay and one of the eight key advisers of Pope Francis, has said that he wants the Church in India to initiate a process to declare as martyrs those killed during an anti-Christian violence in Kandhamal.

“I have spoken to the Prefect of the Pontifical Congregation of the Causes of Martyrs in Rome. I am willing to speak personally about Kandhamal violence and its martyrs to Pope Francis, whenever there is an opportunity,” Cardinal Gracias told Matters India on December 28.