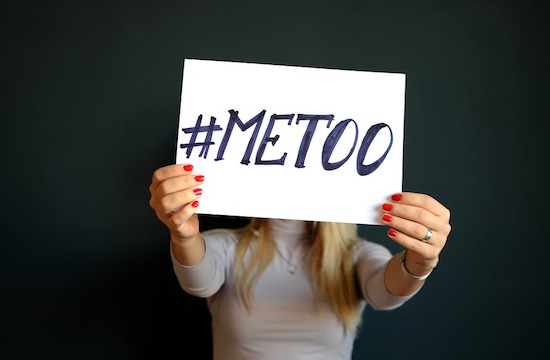 Sisters urged to speak out about sexual advances by clergy

After the clergy sex abuse of minor girls, married women and nuns in India, we now have reports of similar episodes in Chile where recently all the 31 Bishops were made to resign by Pope Francis on charges of sex abuse.  This  time, taking cue from the nuns of India, the nuns of Chile have raised the # Me too flag to expose sex abuse by the Chilean Clergy, as can be seen in this report by La Croix International staff.  With increasing reporting of the clergy sex abuse, the scenario is becoming more grim than ever before (I feel earlier too the situation was equally grim, the difference is the incidents were not reported due to the Vow of Obedience, Chastity and sheer fear of social censure).  Will the possibility of future option to give up celibacy in the Catholic Church help curb this tendency of clergy sex abuse?  Isaac Gomes, Asso. Editor, Church Citizens' Voice.

A handful of Catholic religious sisters in Chile came forward in July to report cases of physical and sexual abuse by priests, bishops and other nuns, a trend that chimes with the #MeToo movement.

Six sisters from a congregation in Chile spoke on national TV about how their superiors had done nothing to intervene, according to the Associated Press.

The sisters are going public in part because of years of inaction by church leaders, even after major studies on the problem in Africa were reported to the Vatican in the 1990s.

In doing so, they broke decades of silence and risked their reputations to throw light on a practice critics say church authorities have tried to sweep under the carpet for too long and which stretches from Asia and Africa to Europe.

Meanwhile, in India a nun recently filed a police complaint accusing a bishop of rape, a shocking development in a country governed by a strong patriarchal culture where women stay silent when their honor is “sullied.”

Church institutions have no clear measures in place to deal with cases where bishops are guilty of abuse or covering up abuse, a legal loophole that critics say must be addressed urgently.

When the AP contacted the Vatican to discuss the abuse of nuns, an official speaking on condition of anonymity said it was up to local church leaders to sanction priests who are guilty of wrongdoing.

He conceded many cases go unpunished both in civil and canonical courts.

After the news agency released its investigative news piece on the subject on July 27, the Leadership Conference of Women Religious responded by urging victims to report cases to civic and church authorities in the U.S.

The group said it “expresses profound sadness over the sexual abuse by clergy endured by Catholic sisters in many parts of the world.”

“Church authorities must take action to end a culture of silence, hold abusers accountable, and provide support to those abused,” the statement read.

“We thank all those Catholic sisters throughout the world who, at great risk have spoken publicly about their abuse.”