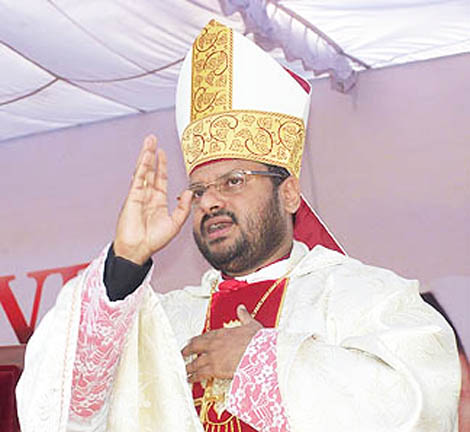 The Church all over the world, including the Church of India, has been witnessing a spate of incidences of sexual abuse or exploits by the clergy who are supposed to "smell their sheep 24×7."  It appears some have been selectively smelling the sheep beyond the 24×7 mandate!

In most caes, especially the Church of India, has tried to sweep these allegations under the carpet.  Even nuns have not been spared, over and above minor girls and women.  Several nuns who showed courage to bring up these charges, were made to leave their societies or ostracised.  Several have even reportedly committed suicides. Most unfortunately these exploits were  covered up by the Superiors themselves – a case of women working against women – in cahoots with the concerned Church Hierarchy.  Now most probably for the first time in the Indian Church history, a nun has had the courage to indict a Bishop – Bishop Franco Mulakkal of Jalandhar diocese, Punjab –  for his sexual adventures.  The charges have however not been brought up immediately on the commission of the sexual exploit.  It is a charge which relates to 2014.  Readers are requested to read between the lines of the response of Father Peter Kavumpuram, public relations officer of Jalandhar diocese, to Matters India on June 29.  He reportedly said “It is a false case filed in retaliation.” Retaliation is the key word. Why would a nun who is trained to be meek and mute and collaborate (read serve like handmaid) with the clergy, RETALLIATE? Let the readers probe into the matter as reported by mattersindia.com.  Isaac Gomes, Asso. Editor, Church Citizens' Voice.

New Delhi: Police in Kerala have registered a sexual case against a Catholic bishop, television channels in the southern Indian state reported on June 29.

The case was filed by a Catholic nun who has worked in Jalandhar diocese in the northern Indian state of Punjab, now headed by Bishop Franco Mulakkal.

This is the first sexual abuse case against a bishop in India where several priests have been arrested for the crime.

The priest said the nun went to the police ten days after the diocese filed a police case in Kerala’s Kottayam town against her brother who had sent life threatening letters to Bishop Mulakkal.

“The letter had threatened to cut the bishop into pieces when he comes to Kerala next,” Father Kavumpuram explained. Local newspapers had reported the bishop receiving threat to his life.

In her complaint to the police, the nun alleged the 55-year-old prelate had in 2014 sexually abused her at a guest house in Kuravilangad in Kottayam district.

Father Kavumpuram said the nun, who is her early 40s, belongs to the Missionaries of Jesus, a pious society of religious women. It was founded by late Capuchin Bishop Symphorian Keeprath of Jalandhar in 1993.

The nun has made several charges against the bishop and her superiors after she was removed from her posts in the congregation, the priest alleged.

He also said the superior general of the congregation would take her counselors’ team to Kerala on June 30 explain the situation to the police there.

He said the diocesan curia has decided to “go all out and fight the false case” against the bishop.

Meanwhile priests, who have worked in Jalandhar for years, see the cases as the outcome of infighting going on for years in the diocese. They said the nun had refused to oblige the bishop, who wanted to use her position to target a priest who had opposed him.

“The diocese is very rich and what we are seeing is arrogance of money power,” said a priest, who refused to be identified. “It is very sad and shocking,” he added.