Now or never battle? Get ready for the bitterest, most cold-blooded elections 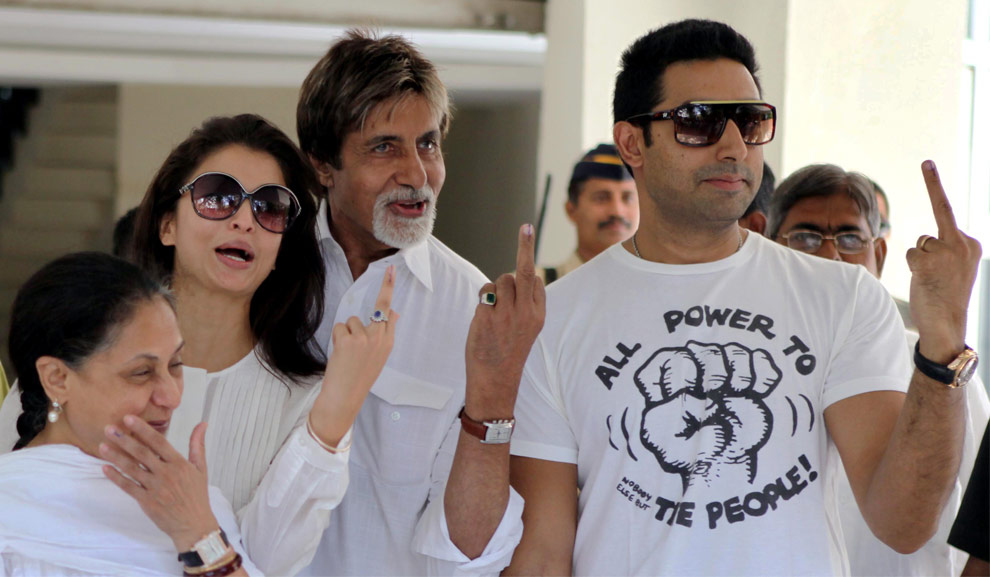 The ruling dispensation knows that if they don’t win this time, they won’t win for a long time.

Note: Going to face the bitterest and most cold-blooded election? No, never! Cowards alone die a thousand times than they actually do. The brave only once! YOU  have the inbuilt Brahmasra to survive all odds in you. What is it? SELF-CONFIDENCE to say and do: “We shall overcome!”

When Adam met Eve for the first time, he proposed – naturally, being the Man – and she tried to ignore him and wriggle out! Then, pat came the retort: “As if there is anyone else alive on earth!” She never thought of it, ‘short-sighted’ and impusive, as women generally are!

How to sharpen that weapon?  Watch out all possible threats: Demonetisation, GST? Lynchings and whippings and killings in the name of religion and sacred cow? An unbeatable Modiji with 56 inch chest, gift of the gab, a dare-devil election campaigner 24 hours? That you are illiterate, under-literate, semi-literate, even a know-nothing?

Forces coming against you are nationalists, patriots, religious, caste, class, communal forces? Attractive election promises, electrifying Catch phrases and slogans are resounding in the air? Threats of finding out and eliminating all nay-sayers, and unsympathetic to the ruling class are out on sprawl everywhere?

You have faced them all and  worse things in the last five years and still alive and going strong. Haven’t you? Just put in a little more caution, consult all well-meaning friends, join no group to win trough violence and deceit, but only through just means. To those who trust in GOOD or God, no matter which, in case you are an atheist, everything will turn out for your own good.

That is the law of nature!  How many elections has India gone through? Even after 70 years and worse election dilemmas, doesn’t India push forward as a flourishing democracy? So have confidence in your “Brahmastra” that God will provide on the mountain top. Victory is for the one who ia HONEST and votes for the HONEST  candidate!  james kottoor, editor CCV.

Please read below TJS George on the bitterest elections

This is going to be the make or break election. It will either make the idea of India viable, or it will break it completely. The ruling dispensation knows that if they don’t win this time, they won’t win for a long time. And if they win, they’ll make sure they don’t lose again. Get ready for the bitterest, most cold-blooded election in the history of our democracy.

Early symptoms of the power play were already on show. In a short span of 30 days the prime minister declared open 157 projects, from an airport in Sikkim to a highway in Kanyakumari. They were all publicised in ways seldom seen in our country before. And most of them were crowned by no-holds-barred election speeches.

Even the inauguration of the National War Memorial in Delhi saw the PM attacking Congress’s dynastic leadership. The Election Commission helpfully waited until the ground was prepared by all these shows and speeches.

India’s electorate is famously under-literate. Yet the savvy with which the illiterate and semi-literate voters of UP defeated Indira Gandhi after the Emergency is part of legend. Part of a more shameful legend was the way literate Kerala became the only state to vote for her in that historic 1977 election. The question that came up then was: Who is better for democracy—the literate or the illiterate?

This time the question is more complicated because religion is involved. So is nationalism in its new avatar. The rise of Hindutva has given a new emotional dimension to religion. It helped the BJP create some waves although, like all waves, they dissipated quickly. Dissipation happens because Hindutva activists resort to extreme steps that violate Indian sensibilities.

Lynchings and whippings and killings in the name of religion repel more than they attract. The IS is an example. Islam’s concept of martyrdom was an attraction for over-enthusiastic youngsters to volunteer for suicide missions. But even in Muslim societies, IS lost the prestige it once had.

There can be healthy arguments over nationalism, like Rabindranath Tagore initiated with his notion that humanism was right and nationalism wrong. But it is something else when an Indian, born and brought up as an Indian, is asked to prove his bonafides as a nationalist.

Diversity is the essence of this nation of many languages and diets and dress habits and cultural backgrounds. Unity in diversity is the ideal for such a kaleidoscopic nation. And it proved workable. To discard that in favour of a monolithic culture will be to invite disaster.

The highlight features of the last five years will have to be a guide to voting decisions this time around. Topping all lists of major policy decisions are demonetisation and GST. The passage of time has not helped paper over the disastrous impact of both, especially of demonetisation, which wrecked the lives of thousands of ordinary people and small businesses. Many deaths were reported due to exhaustion waiting in queues and to newly experienced poverty that blocked access to food and medicines. The government blocked all attempts to get relevant statistics about the deaths.

Many autonomous institutions had zealously preserved their independence to ensure checks and balances in governance. One by one these were compromised, none more worrisomely than the Reserve Bank of India. High-profile economic advisers like Arvind Subramanian and Arvind Panagariya resigned as they discovered that the finance minister neither needed nor desired advisers. An RBI governor abruptly resigned over issues relating to autonomy; the government appointed a bureaucrat in his place.

In short, the BJP government has been focusing on a partisan agenda to transform the basic democratic structure of the Indian polity. Its trump card has been the personality of the prime minister. There is no one in India today to rival his energy, his oratory and his non-stop campaigning style. He also has a capacity to attract sycophancy. Consider this India Today web desk item of May 2017: “The popular leader has completed three years, but the excitement on his being the prime minister has not died down.”

That excitement will be kept at high pitch during the voting weeks ahead. Is that the best for us? A kind of answer was given by a 19th century American columnist named Peter Dunne. He wrote: “A man who expects to train lobsters to fly in a year is called a lunatic. But a man who thinks that men can be turned into angels by an election is called a reformer and remains at large.” Beware of reformers.