Was not Jesus a Heretic of his times? (Chief editors choice question of the season) 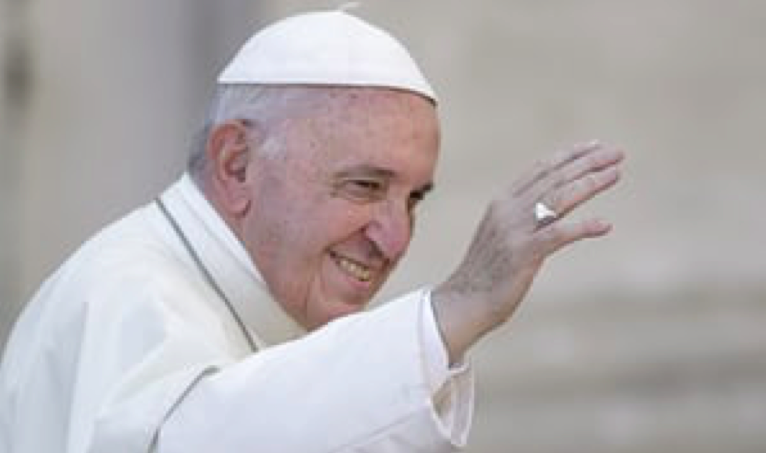 Who are heretics of today? Who the modern witch hunters?

Was not Jesus a Heretic of his times? Who are heretics of today? Who the modern witch hunters? – dr. james kottoor (Kochi)

Whoever may say whatever they like about Pope Francis and his stock of heresies! This editor of CCV can neither swallow it, much less digest it. Was not crusades heresy par excellence in action? Beauty is in the beholder’s eyes! Even so ugliness! Was the inquisition, Christian or heretical teaching par excellence? What about the burning of Joan of Arc? Francis did no such things?

An act becomes sin or virtue according to one’s subjective conviction and perception, not according to its objective value content. Hence the injunction: Judge not and you shall not be judged.

Why communion to divorced, cohabitants wrong?

Irresistible magnetic pull for sexual bliss is what draws and binds man and woman to become fully human, complete, as one without the other is only a piece of humanity, incomplete in God’s vision of creation. This was so even before marriage was invented or instituted as a sacrament by the Catholic Church. Celibate priests and bishops, especially the reluctant ones, often rue over what they gave up willingly or unwillingly. Therefore, they, who are often envious of the married, are not the right persons to decide how sex is to be used in or outside marriage.

Sex is sex, same objectively for the married and prostitutes. What makes it different for both is the motive. Only in that context we can understand the rebuke  of Jesus to the scribes, Pharisees and priestly class of his times: “Drunkards and prostitutes will go to heaven before you.” Francis is accused by modern celibates for being lenient or lax towards divorced and remarried, when they are allowed or permitted communion on various conditions.

Think of what Jesus did with the woman caught in adultery, when the Pharisees, the advocates of set rues and principles wanted her to be stoned to death? Think of the woman at the Jacob’s well who had eight husbands who went preaching Christ after the encounter, nay real communion with Jesus. Again think of Mary, a known sinner or prostitute, (unnamed in three evangelists, but named as Mary in John) who anointed Jesus’ feet at Simon’ banquet (or Simon the leper!) and whom Jesus praised sky high for her love unsullied! Was not Jesus  then literally acting as a heretic? He definitely was, and  literally opposed to the defenders of law and prophets of his time and our time. That was precisely the reason he was crucified.

Also in all three instances, was not Jesus intimately communing with the prostitutes, married and divorced, especially in the case of  woman with 8 husbands? Was not His communion much more real, lively and concrete than in any sacramental  communion, only symbolic, which Francis permits to divorced or cohabitants, against which today’s self-righteous Catholic scholars (some cardinals and bishops, and some lay theologians, some 62 of them) rail against? Are not these critics more blind than ‘Bar Thimeus?’  Popular perception

This reminds us of a story about a very upright Irish Catholic grandma. Her grandson was in love with a young beauty. Since he was dead set on marrying her, he broke the news to his grandma in a private conversation, as youngsters usually do with their Grandmas. “What religion does the girl belong?” asked the Grandma. “She is a  Protestant!”, said the boy. Gone white with rage, the good old lady shouted:

“Protestant? A Catholic marrying a Protestant?” The boy shouted back with equal sound and excitement: “No Grandma, I said: ‘Prostitute’ not ‘Protestant’.” The grandma was much relieved and said: “That is all right!” The story was to highlight, Catholic-Protestant prejudice. But it also speaks volumes about what ordinary people, not scholars, doctors  and celibate clergy, think of sex for married, divorced or prostitutes.

Pope Francis is down to earth a “Pastor Bonus”, a good Pastor, like Jesus, always on the run looking for the wounded and dying sheep in the battle field and never at rest. Because of the many heretical things he spoke and did, Jesus could survive only three years of public life among the scribes, Pharisees and high priests of his time. If he were living today, it is doubtful, Jesus could have survived as long as Francis is surviving.

People who benefitted most during Jesus’ time were the CATTLE CLASS  group, the poor, the ignored and down trodden, not the doctors and teachers of the law and prophets. So may Francis live a hundred years to take care of the Cattle Class driven around as migrants, homeless, jobless and landless and therefore condemned to die in ever so many shipwrecks in  deep  seas. The so-called doctors and teachers of doctrine and law  must first explain clearly the subtle difference  between change, development and decay. People are rejecting today what is stinking due to decay. james kottoor, editor ccv.

Please read below the Guardian,uk, view on critics of Pope!

Heresy? How Guardian views it! Is the pope Catholic? – Editorial in The Guardian UK, Sept.25, 2017

Pope Francis has been accused of heresy for his efforts to liberalise the church’s understanding of divorce.

A group of conservative clerics has accused Pope Francis of heresy for his attempts to liberalise the church’s treatment of divorced people. This raises an interesting question: how long must a pope be dead before his opinions can safely be ignored?

For many people the answer is “no time at all”: it is not just humanists, Muslims and Protestants, but the vast majority of the world’s Catholics who take little notice of Catholic doctrine when they disagree with it. The Catholic right ignores more than a hundred years of consistent papal teaching against the excesses of capitalism, along with more recent denunciations of the death penalty, of wars of aggression and of environmental destruction. The Catholic left ignores the pope’s teachings on sexuality – and everyone ignores the ban on contraception.

Popes themselves, however, are meant to take their predecessors very seriously even though neither party is writing infallibly. Papal encyclicals read like legal documents, buttressed with footnotes to prove that doctrine has not changed, and that they are just repeating what their predecessors meant, even when they contradict what was plainly said. Those magnificent robes conceal some very fancy footwork at times. It is an article of faith – literally – that doctrine can never change, only develop, and the eye of faith can clearly see the subtle differences between change, development and decay. So the 19th-century denunciations of democracy and freedom of thought and conscience are now ignored, but pope John Paul II’s refusal to admit women priests looks certain to stand for another couple of centuries at least.

What, though, of Pope John Paul II’s equally clear denunciation of divorced and remarried couples taking communion, restated forcefully only 14 years ago? “Those who obstinately persist in manifest grave sin”, as he referred to remarried divorcees, are to be banned from participation in the central rite of the church. Even at the time, this was widely ignored – his letter is one of those laws from which historians can conclude that the conduct banned was commonplace. There can be very few Catholic congregations in the west without divorced and remarried communicants and everyone knows this. To turn them away at the altar rails would cause a public scandal, and that is also banned. So it’s unlikely that the letter had any effect on the facts on the ground.

But the efforts of the present pope, Francis, to reverse his predecessors’ policyhave provoked a vigorous backlash. Whether he is changing doctrine, as his opponents charge, or merely the interpretation of doctrine, as his supporters claim, there is no doubt that he wants the church to encourage some of the people who are in breach of its regulations on sexuality to take communion. The issue is simply no longer controversial in any other church, despite Jesus’s clear statement of principled opposition to divorce.

Only the Catholic church has the combination of bureaucracy and authoritarianism that makes it so difficult for the clergy to learn from the experience of their flocks. The very idea that the church should learn from the world and not teach it outrages some Catholics. The most recent development is the publication of a long letter accusing the pope of heresy for his beliefs about remarriage, signed by 62 conservative clergy, who appear keen on refighting the Reformation 500 years on: they also accuse Francis of various Lutheran heresies incomprehensible to the untrained mind.

Francis sees the church as a hospital; his enemies see it (as Luther did) as a kind of fortress against error and infidels. The important thing, though, is that Francis after years of debate is winning the argument. There are 4,000 bishops in the worldwide church; only one, who is 94, has signed it. Plenty of Catholics may disagree with Francis. But no one in the hierarchy dares publicly ignore him, at least while he’s alive.