No role for religion-based organizations in UN security matters: India 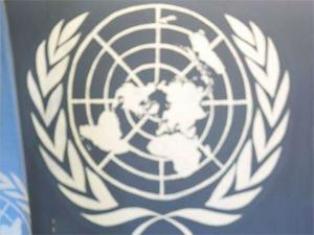 New York (Story By: mattersindia.com): India has cautioned against the UN giving religion-based organizations a role in international security matters and warned that it could be “counterproductive.”

Prakash Gupta, a counselor at India’s UN mission, said on Monday the UN Charter’s provisions on the role of regional organizations in international peace and security issues clearly refers to “organizations formed on the basis of geographical contiguity.”

Without naming the groups, Gupta said, “No such role for matters relating to maintenance of international peace and security is envisaged for organizations formed on any other basis, be they of language, religion or historical coincidence. It would not be in keeping with the Charter, and also counter-productive if overly liberal interpretations are used.”

Gupta was speaking at a high-level General Assembly debate on UN’s cooperation with regional organizations. The South Asian Association for Regional Cooperation (SAARC) was not formally represented as a group at the session, reported Indianapolispost.com.

Reiterating India’s demands for reforming the Security Council, Gupta referred to what he called the “historical injustice” in the structure of the Security Council’s permanent membership that excludes Africa, along with a large segment of the global population.

“Two-thirds of the work of the Security Council relates to Africa,” he said. “Its legitimacy, and also its efficiency, in doing so is, however, seriously undermined by the fact that the continent finds no representation at all in its permanent membership.”

Supporting the call for reforms made by Ugandan President Yoweri Museveni, who gave the keynote speech at the debate, Gupta said, “A meaningful and effective relationship between the Council and regional organizations is possible only if this historical injustice is addressed and its architecture is reflective of contemporary realities and not the mindset of the post Second World War of the 1940s” when the UN was set up.

Musevni has said that was “presumptuous for the five permanent members to claim that they are responsible for global security.”

He noted that of the world’s population of seven billion, those five countries only represented 1.9 billion people and asked, “How and why should they monopolise ‘responsibility’ for global security?”

It was a “big mistake” for the crucial decisions on international security to be taken mostly by the permanent mistake and this has caused “a lot of harm” to Africa, he said.

“If the Security Council members that took he military action in Libya had listened to the voice of Africa, the present chaos in Libya, Nigeria, Mali and the people who are dying in the Mediterranean Sea from the shores of Africa trying to get to Europe, could have been avoided,” he said.