If no Religious Collaboration, goodbye to organised religions! 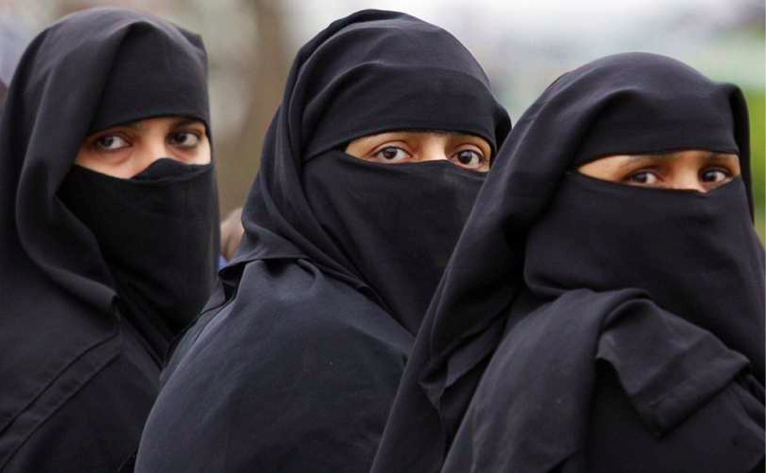 “Muslim take over of Europe!    Is ‘biggest story of our time’ and nobody knows it?” This is the heading of a story. (Read it  below) Is there anything wrong with this headline? Is there anything right with it? In it there is a whole lot of right and wrong because it is a typical example of a right question wrongly posed, to prejudice minds of readers at the very out set,  for or against. Why?

The central issue discussed in the article, is demography or population explosion in a religion, community or country not-centrally or globally controlled for all, but left to each one’s likes or fancies, or to each one’s advantage irrespective of the disadvantage it causes to others. Tying this explosion with a particular religion it gives the impression that it is  on a war path with other religions in number game.

Samuel Huntington’s “Clash of civilizations” of 1993 was an article of the same genre. At that time he was speaking in more generic terms of “civilizations” although he too was indirectly speaking of two definite religions: Christianity and Islam  clashing on various grounds. That was noble of him to present himself as a well-wisher of both and to prod them both to reflect to take whatever course correction steps are needed.

But today we are in a de facto interconnected, internet united world from which none of us can run away. So it should not be the role of any  one to create more frictions among communities, religions and nations but to reduce and eliminate all sorts of clash of ideas or actual confrontations that may exist. The duty of religions or countries is not to dominate or control others but to cooperate and help each other to do what is good for all.

For example, Keralites have been accusing some of their bishops for encouraging families to have at least 4 children while the recommended national average is 2 and the motivating watchword  for families: “We are two, for us two!”  This is also to maintain stability in population, that is, when two die, they are replaced with another pair. And the RSS leaders were encouraging Hindus to have any number of children, driven by the fear that Muslims with their many wives and uncontrolled reproduction will overtake them in numbers in India.  Pope Francis instead is reported to have said during his Philippine visit that Catholics are not to multiply like rabbits. So we believe,  everybody gets the right message.

Virtue stands in the middle, in proper balance, neither too few nor too many to keep balance between the ageing and growing population. Otherwise nations, big and small are going to end up with an inverted pyramid, a whole lot of aged people unable to work or move about at the top and too young hands and legs at the bottom, unable to support them with their work. It is here the words of Arnold Toynbee: “civilizations die from suicide, not by murder,” become relevant. The report below points out  that Muslims  in Europe are having an average 3.5 children per couple compared to post-Christian secularists who have only 1.3 children per couple.

In that case Christians in Europe are facing a demographic suicide. Some fear that if trends like this   continues  it  would lead to dangerus situations like a second Nazi take over of Europe, not that Muslims are like that at all.  Think of what happened to Iraq after the destruction of Sadam by a Bush Administration. Now we are facing worse enemy like the ISIS there. This is what happens when a balanced growth of competing populations or religious groups don’t take place. Of course, in the first places different communities should not compete to produce themselves beyond required limits but produce what is good for the common good of all communities in the regions’s culture and community.

President Trump is reported to have given a rousing speech in Poland for saving family and faith as a prelude to saving Christian civilization of Europe. The present post Christian Europe has neither faith nor families. We therefore are not for giving Europe and the world a new Christian facelift, Muslim facelift or any particular religious facelift, but a façade devoid of any organized religions fighting against each other or for dominance.

Instead  we want to give it  a humanely human makeup and facelift on the ideal Son of Man in the gospels 85 times presented as the  man for all seasons and places. That man is the core of the CATTLE CLASS,  that is, the  one who has his first concern: the last, least and lost, the outcastes, the sinners whom he came  to befriend first and save, the lost sheep of Israel, the scum of the earth, all of whom come among the Cattle Class.The future is for a religion less-world,  of no organized religions because, they like political parties are for the organizers. Jesus instead laid down his life for his followers. james kottoor, editor ccv.

Please read below report on Muslim take over of Europe!

Muslim takeover of Europe!  Is ‘biggest story of our time’ and nobody knows it

August 10, 2017 (LifeSiteNews) — Historian Arnold Toynbee once famously said that “civilizations die from suicide, not by murder.”

Using this as a springboard, commentator Mark Steyn shows in a new video how Western Europe is already in the death throes of “demographic suicide” because couples are no longer having enough children. He then shows how a thriving Muslim population in Western Europe is well on its way to filling all the empty space.

“People think this is a slow process…It happens very fast. The catching up is well under way,” he said.Steyn said that the takeover of Western Europe by Muslims is “not a prediction.” He noted that some elementary schools, such as in Antwerp, Belgium, already have a majority of Muslim students.“Nobody is predicting anything. We’re talking about who are the kids in the grade school right now, which means they are going to be the guys entering the workforce in fifteen years time,” he said.

“That’s not a prediction. We’re not looking at trends. We’re looking at the actual warm bodies sitting in the elementary classes now,” he added. Steyn quoted statistics from the Vienna Institute of Demography which he said predict that by mid-century a majority of Austrians under the age of 15 will be Muslim. This was a country that not so long ago was 90 percent Catholic,” he said.

“This is the biggest story of our time, and yet hardly anyone ever writes about it,” he said. “This is the biggest demographic movement/transformation in history, and it’s about to accelerate,” he added. Steyn said that the demographic suicide of the West highlights the importance of U.S. President Trump’s July message in Warsaw, Poland about faith and family.

In his July 6 rousing speech, Trump issued a clear call for the defense of Christianity that underpins all of Western Civilization, along with all the culture and traditions that arise from that source. He urged Europeans to put “faith and family, not government and bureaucracy, at the center of our lives.”But for Steyn, it is likely already too late for most Western European countries to turn the boat around.

“A post-Christian Europe doesn’t really have any faith and it doesn’t have any families either. They are fading into the past. They have essentially broken the compact of human societies,” he said. “The people who built the modern world are going out of business, voluntarily,” he added.

Steyn is not the only one warning of the pending demographic crisis.Last month Tesla CEO and SpaceX founder Elon Musk tweeted that “The world's population is accelerating towards collapse, but few seem to notice or care.”Earlier in March Musk told CNNMoney that the world “should be concerned about demographic implosion.”

“So if you look at countries like Japan, most of Europe, China,” Musk said, “and you look at the birth rates, in a lot of those places it is only at about half of the sustaining rate.” Musk described an up-side-down demographic pyramid, where the elderly are now the new flat top that is supposed to be held up by a shrinking younger base. “So it will sort of fall over,” he said. “It will not stand.”