No great India without unity 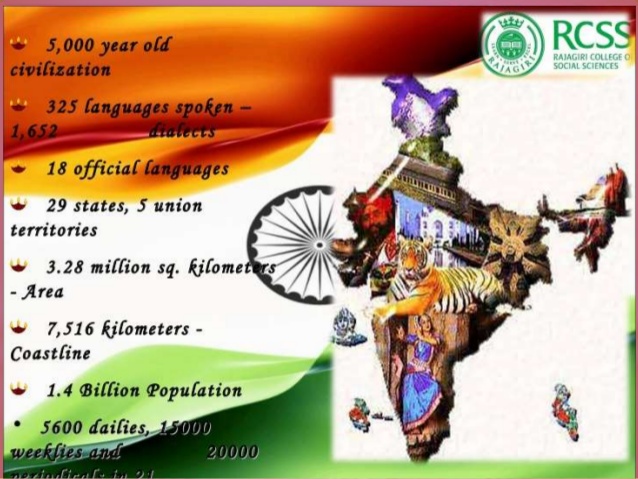 Can there be an India with state fighting state? Language destroyed a culture in Babylon – By T J S George,  in New Indian Express, 18/9/16

(Note: Legends, folk stories and biblical narratives teach us some unforgettable lessons.  One such is the story of the Tower of Babylon. Thought provoking columnist, TJS George reminds us of biblical stories of the tower of Babylon and the Great Flood, as well as factual achievements like Ifle Tower, Dubai’s Burj Khalifa, or the reconstruction of todays Germany by leaders starting with leaders like Konrad Adenauer, and transformation of Kuala Lumpur   by Mahathir Mohamad.

When the writer concludes saying; “If God has no right to choose the upper world, politicians have less right to work up passions for cheap applause,” here in this lower world,  we can

only add: Amen. “United we stand, divided we fall” is the lesson, we all have to learn in this lower world. When will India rise above all religious, provincial, linguistic, caste, class or party  differences to work as one man, under one label  “we Indians”, not as Bengalis, Assamese, Biharis, Tamilians and Malayalees, to become great? james kottoor, editor)

The Tower of Babel was built, and its builders punished, for specific reasons. The Hebrew-Babylonian legend identifies Nimrod as the ruler who ordered the construction. Overly confident about his power, he disliked people thanking God for everything. He wanted them to believe that it was their own effort and courage that brought them prosperity. To stop them from fearing God, he turned himself into a tyrant so that people would fear him instead.

This is logical political theory as we can see if we leave God out of it for a moment and look at Nimrod as a political boss competing with other political bosses. He wants people not to feel beholden to other party bosses, not to feel apprehensive about any leader but himself. He presents himself as the only master worth listening to. The spirit of rivalry is dramatically highlighted in the Jewish rabbinic version of the legend according to which the builder of the Tower said, ‘God has no right to choose the upper world for himself, leaving the lower world to us. So we will build us a tower that is high with an idol on top holding a sword as if it is ready to war with God.’ Exactly the kind of bravado our political bosses exhibit and their fringe warriors act upon.

Of course, no political chief so challenged will take it lying down. God had once tried to correct things by creating The Great Flood and allowing the survival of only a chosen few. They had grown into a united humanity, held together by a single language. But when they became proud and tried to challenge him, God decided to punish them again. Since annihilation by floods had not taught them to become god-fearing, God tried a different approach this time. He created a confusion of tongues among them. People could no longer understand one another because they spoke in multiple languages. Lack of understanding led to disunity and mutual suspicion. Scattered by linguistic division and unable to work together, people abandoned the Tower of Babel. Babylon became a synonym for ancientness, buried in the pages of forgotten history.

Many modern towers have since  arisen—from the Eiffel Tower to Dubai’s Burj Khalifa—all of them made possible by the unity of people in the countries concerned and the popular backing their visionary leaders enjoyed. Across the world, progress has been registered only when a leader’s high-minded goals were accepted as such by the people whose support was never influenced by religious, provincial or linguistic differences. This is borne out by the stand-out achievements of recent history—from the transformation of Germany from a war wreck to Europe’s most powerful economy by a handful of statesmen beginning with Konrad Adenauer, to the transformation of Kuala Lumpur from a lazy village to a world metropolis in the span of a single generation by Mahathir Mohamad.

Fifteen prime ministers, scores of chief ministers and seven decades have not helped India achieve comparable progress in any field (except space research, praise be to the scientists). In key fields we have gone backward—public health and quality of education, for example. Epidemic corruption has no doubt been a prime reason. But let us  not minimise  the role played by our disunities, religious and linguistic in particular. How can India progress when there are no Indians, there are only Tamilians, Kannadigas and Malayalis; Punjabis and Haryanvis; Bengalis, Assamese, Biharis and Odiyas; when even speakers of the same language split into Telangana and Andhra Pradesh?

Can there be an India at all when 56 passenger buses are burned down near Bangalore because they belonged to a Tamil Nadu company? Or when Woodlands, a Chennai landmark for years, is hit by petrol bombs because it had Kannadiga connections? Or when vehicles with TN registration are targetted in Karnataka and those with KA number plates attacked in Tamil Nadu? Assaulting pilgrims in Rameswaram was unforgivable because pilgrims are not Kannadigas or Telugus, but pilgrims just as Tamils going to Sabarimala or Kollur Mookambika temple are not just Tamils but devotees. Pilgrims deserve respect transcending race and language.

Violence solves nothing. It only produces counter-violence. Water-sharing among neighbouring states is a serious matter, best left to subject experts to work out, not to politicians seeking temporary electoral gains. If God has no right to choose the upper world, politicians have less right to work up passions for cheap applause. Leave it to the temporal gods of the Constitution.