Nine eleven matters because on this date in 1906, Mahatma Gandhi launched his non-violent resistance campaign at a historic mass meeting in Johannesburg South Africa. It was the birth of a new movement ‘Satyagraha’ – the relentless pursuit of truth and justice.  Gandhi believed that they were non-negotiables; two-sides of a coin. More than three thousand Indians (both Hindus and Muslims) and others, gathered to support the beginning of civil disobedience. Later with ‘Ahimsa’ (non-violence), ‘Satyagraha’ would ultimately become Gandhi’s twin-doctrine in belief and in practice. He used it effectively in his struggle against British colonial rule in India. Many Civil Rights leaders like Martin Luther King Jr. and Nelson Mandela have over the years embraced this twin doctrine. Sadly, we still do not learn from the past; racism, xenophobia, exclusiveness, pseudo-nationalism, discrimination and divisiveness seem to have a stranglehold on nations and peoples across the globe. The emergence of the ‘extreme-right’ ideology wedded to fascism and fundamentalism is a growing cause of concern. Some want to ‘build walls and fences’ to keep people out. ‘Satyagraha’ was a movement to make people realise that they have dignity and to help build bridges.

Nine eleven matters because on this day  in 1893,at the very first World Parliament of Religions in Chicago, Swami Vivekananda gave a powerful and passionate  speech, to end sectarianism, bigotry, fanaticism and violence from this earth by fostering the values enshrined in every religion. He spoke plainly saying, “I fervently hope that the bell which tolled this morning in honour of this convention, may be the death-knell of all fanaticism, of all persecutions with the sword or with the pen, and of all uncharitable feelings between persons, wending their way to the same goal”. Ironically enough, his clarion call does not seem to evoke any positive response from right-wing Hindu fundamentalists.  A ‘World Hindu Congress’ was held in Chicago this past week; most of the organisers and speakers were right-wing Hindus who spew venom on the minorities and others who take a stand for human rights in India. On 8 September, the Alliance for Justice and Accountability (AJA), an umbrella organization of progressive South Asian groups across the United States,  held a protest outside the conference venue, with the stated goal of “standing in solidarity with our sisters and brothers in India who are fighting against the #Hindutva rule and will not be silent in the face of mob lynchings, rapes, murders, and the targeting of our leaders and academics.”

Nine eleven matters because of what happened in the United States on this day in 2001.  Any and every form of violence is non-acceptable and needs to be strongly condemned. No violent act can be justified, whatever the provocation! That unprecedented violence in the US is remembered and defined by a date “9/11.” The very utterance of it evokes all kinds of emotions: from undiluted hatred to a feeling of utter helplessness, in the face of rabid terror; from inconsolable grief at the loss of a loved one to heated debates on imponderables. A visit to ‘ground zero’ brings back painful memories of the almost three thousand lives, which were lost in just one place. One is also reminded of the millions of people who suffer every day in Palestine and Yemen, Syria and Iraq, DR Congo and Sudan, Myanmar and Afghanistan, Venezuela and El Salvador and so many other parts of the world. Though 9/11 will continue to remain etched in memory of many, Hiroshima and Nagasaki, Vietnam and Cambodia, Germany and Poland and other places will not be forgotten. We need to stop all war and violence just now; we must close down the military-industrial complex and all nations need to de-nuclearize immediately!  Do we have the courage to say ‘never again’ this 9/11?


Nine eleven matters because significantly today is also the start of the Islamic New Year 2018 officially marked as 1440 AH (Anno Hegirae),The New Year commemorates Muhammad’s emigration from Mecca to Medina, known as the Hijra, starting in 622 CE. For many Muslims it is also a time of mourning. The period of prayers and fasting leads to Muharram’s 10th day, Ashura, when Moses managed to free his people from the Egyptian Pharaoh. Sunnis observed fasting as the prophet Muhammad asked Muslims to do this to show gratitude to Moses for taking them through the parted Red Sea. Fasting is not customary for Shia Muslims who sometimes self-flagellate as mark of a respect to the battle of Karbala. This is when Muhammad’s grandson, Imam Hussein ibn Ali, was killed after refusing to pledge allegiance to Yazid, the then successor of the Umayyad caliph. Very strangely, today also marks the end of Rosh Hashanah, which for the Jewish people commemorates the creation of the world and marks the beginning of the Days of Awe, a 10-day period of introspection and repentance that culminates in Yom Kippur, also known as the Day of Atonement. Rosh Hashanah and Yom Kippur are the two ‘High Holy Days’ in the Jewish religion. Amazing coincidences; but will they address the Shi’a – Sunni or the Muslim – Jewish divide? 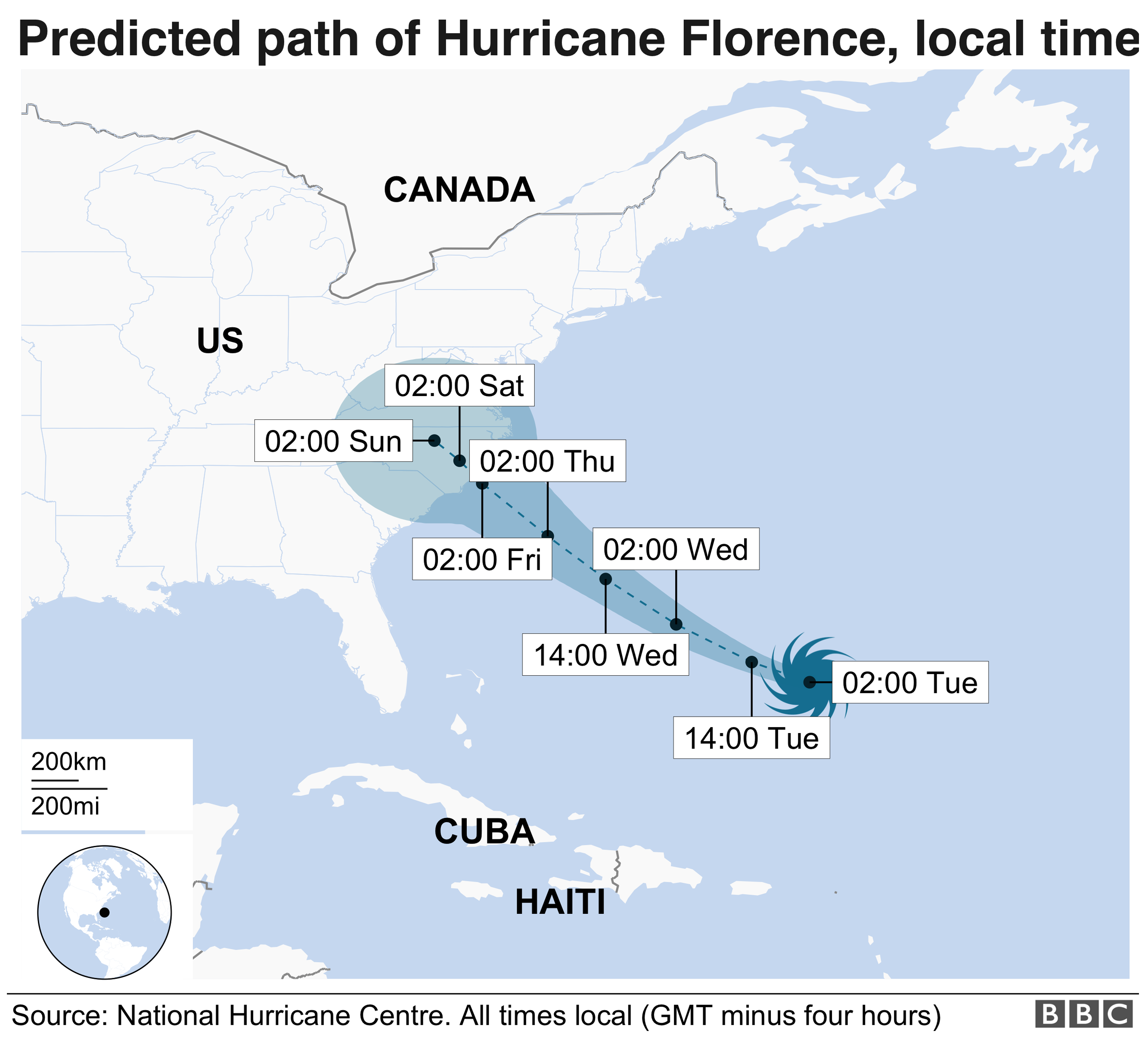 Nine eleven matters because ‘Hurricane Florence’, a tropical cyclone that has now intensified to a Category-4 storm is all set to hit South eastern North Carolina.  North Carolina Governor Roy Cooper told a news conference on Tuesday: "This storm is a monster. It's big and it's vicious." Thousands are being evacuated from the areas, which will be hit. A grim reminder of ‘Hurricane Irma’,  the catastrophic storm which left behind it a trail of devastation and  death exactly a year ago and badly affected people and property all over Florida. Several millions more (particularly the poor) are affected everywhere because of hurricanes, cyclones, floods, earthquakes Some nations and people are still unable to accept the fact, that the wanton destruction of nature, their over-consumption patterns are directly responsible for global warming which create these catastrophic climate changes. The fury that so many experience today is not merely the ‘wrath of nature’ but has much to do with our lack of sensitivity and care of our common home: Mother Earth! 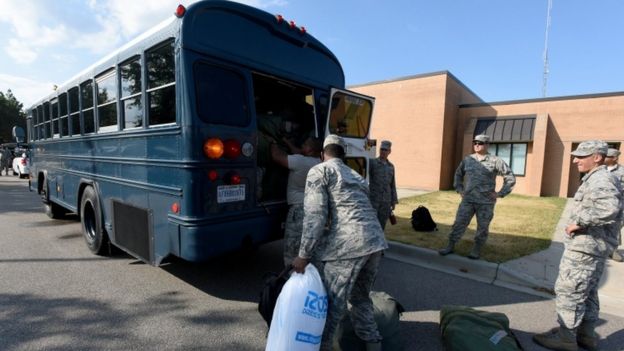 Nine eleven matters because ‘FEAR’ is the key! It is not merely the name of a book to be released today, but the terrible reality that grips the lives and destinies of many people because of incompetent, autocratic, biased, violent leaders everywhere. Marketing and manipulations greatly contribute to the fact that they are in power. These people use every trick in the book to keep people divided. Today is surely about commemorations: the sad, tragic ones: a day of mourning! Nevertheless, it is also about new beginnings: atonement, fasting, prayer, truth, reconciliation, healing, building bridges, hope and resilience. Nine eleven today matters because the day is pregnant with meaning!