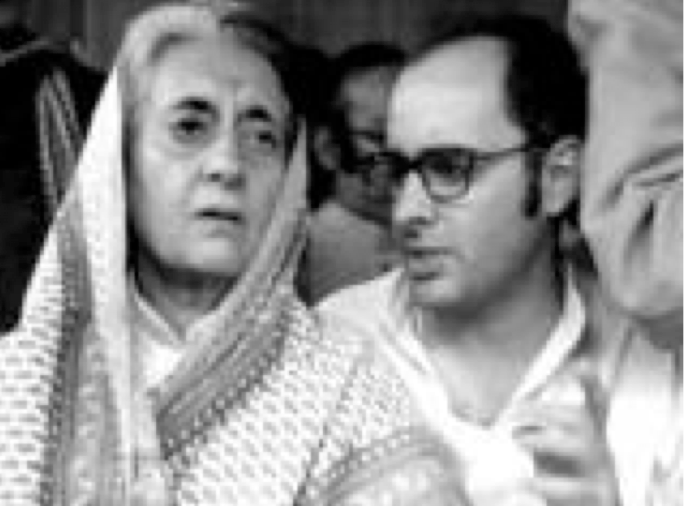 In the summer of 1975, the anger against corruption and high-handedness that rippled across the northern half of India had built into waves of fury against a prime minister whose legitimacy had been shattered by an Allahabad High Court verdict unseating her.

(Note: There is no emergency anywhere, but ever so many people in India seem like living in a state of emergency, led by the nose by some unknown force. There is no declared  censorship, but many of the visual and print media are already under the spell of a self-imposed censorship. Kuldip Nayar a veteran journalist already wrote two articles in these pages. The 101  battalion, of the self-proclaimed “Christian intellectuals” also speak of a mute press, fearing a Damocles’ sword hanging over their head. The Catholic press has always been a censored press. Their leaders never allow them to run on their own steam.

So it is good to look back and see what it was when the actual Emergency was imposed. A friend of CCV, more than that, an enterprising youngster from Chennai who started his ABCD of journalism under this scribe in the New Leader, Arul Louis,  now in New York,  has sent this piece which he wrote when he was working in Delhi with the United News of India.

He speaks of orders being sent out to stop printing of papers, of marshial law being imposed, politicians being rounded up and suddenly the great hero and challenger to Indira Gandhi, Jayaprakash Narayan being arrensted. Suddenly he saw “the frail figure of JP being brought to one of the waiting cars”.  This scribe now writing from Chicago also saw it! But from where? From Hong Kong.

Saw it from Hong Kong

He was at that time there as an Invitee of the Church of south India to speak on “The Printed word in Asia” at their south Asian conference. We the Indian community saw on TV, JP to our shock, being arrested. So when few days later when this scribe landed back in India, it was an emergency imposed nation. Can such things happen again in India? Possibilities are countless and most unexpected things are happening in India now.

"Vinaashakaale Viparita Buddhi,"  a well known Sanscrit proverb meaning  "Madness takes hold at the moment of disaster."  We see such madness taking over peoples and nations even the greatest ones like the US. Then why not countries like India? Let us hope such a tragedy will not be repeated in India. james kottoor, editor).


Riding the crest of a mass movement that began in Gujarat and rolled across the northern plains, Jayaprakash Narayan – JP as he was popularly known – brought the spirit of the rebellion to the citadels of power in Delhi on June 25.


At the Ramlila Maidan, a spot hallowed by the annual enactment of the drama of victory of good over evil, JP thundered his call for Indira Gandhi to leave the prime ministership that she was clinging to with a temporary stay of the court verdict banning her from parliament.


The reporters and senior editors of the United News of India (UNI) news agency wrapped up the story of the day and headed home, leaving the desk to me and to Tarun Basu, now the chief editor of Indo-Asian News Service – both of us sub-editors with barely three years' experience.


Just after midnight, disjointed, but ominous, dispatches from across Haryana, Punjab, Madhya Pradesh and Himachal Pradesh dribbled in. Police were stopping trucks out to deliver newspapers; power was going out at newspaper offices and plants. And some local opposition politicians were being rounded up.


A bureau chief from Chandigarh phoned in saying that police sources had told him that they had been asked to stop the printing and distribution of newspapers. A tip came from a Madhya Pradesh bureau, passing a rumour that "martial law" was coming.


We called the late G.G. Mirchandani, the fearless general manager and chief editor of UNI. He told us not to be intimidated and keep the dispatches flowing.


Thus began the long night of the lathis and bullets; the 21 months of fascist terror, of censorship, of craven cowardice, of despair – and also of heroism, of faith in democracy, of unbending commitments, of idealism and hope.


I called Myron L. Belkind, the bureau chief of the Associated Press, and he got word out to the world before censorship struck. We quickly wrote up a story while getting more calls of arrests before sprinting off from UNI's office on Rafi Marg to the Parliament Street Police Station a few hundred yards away.


Outside the collonaded building, the cops said nothing was happening and we should go. They hadn't yet grasped the powers bestowed on them. Suddenly there was a bustle, and we saw the frail figure of JP being brought to one of the waiting cars. I asked him what was happening.


His bespectacled eyes, sad but not despairing, looked at us, his hands made slight wave of resignation, and he said feebly: "Vinaashakaale Viparita Buddhi."


Krishna Kant, a Congress party dissident and supporter of JP's movement who was under arrest alongside him, repeated louder for us the Sanskrit proverb which can be translated as, "Madness takes hold at the moment of disaster."


JP was put in one of the tourist taxis and driven away. We headed back to the UNI offices and filed a story with his quote that became a motif of the opposition to the Emergency.The phones began ringing with news of more arrests – Morarji Desai, Atal Bihari Vajpayee, Jyotirmoy Basu and many others.But two names were missing from the arrested list: George Fernandes and Subramanian Swamy. Both had staged strategic disappearances to lead the resistance.


Answering our SOS, editors and reporters poured into the office in the middle of the night, to report on a tragic history in the making.The office had been spared electricity and communications cuts as it shared the grid with many government offices and Parliament. In the cacophonous teleprinter room, the machines spewed copy on arrests and interdictions from the bureaus across the country, and some went silent when power was turned off or communications lines cut.At around 7 a.m., Indira Gandhi came on the air to proclaim her Emergency and the rules of dictatorship.


Two government censors, drafted from the government's Press Information Bureau marched in with rubber stamps, one for stories censored and approved for publication and the other for stories banned.
Mirchandani defiantly kept the reports flowing, till the censors, after hasty phone consultations with their higher-ups, delivered an ultimatum: Submit to censorship or the agency will be forthwith shut down permanently.


Mirchandani deferred, but with an order to the staff to continue to cover the news professionally and never to self-censor anticipating censorship. That was the censors' job, not the reporters', he said.Therefore, many of the censored reports secretly made their way to underground bulletins.


Soon, assorted spineless politicians, businessmen, trade unionists and self-styled civic activists lined up with press releases swearing fealty to the dictator and denouncing the people's movement. And in the media, as in all other sectors, many lived up to BJP leader L. K. Advani's description of their cravenness: "Some who were asked to bend, chose to crawl."


That was a time when fascism tried to rule India. Let no one, least of all the Congress party, now talk of fascism. Except for the BJP, the Marxists, the assorted socialists now scattered in different parties, the DMK and the courageous independents, the others lost their moral ground that day 40 years ago.


The long night of the Emergency was undone 19 months later only by the hubris of the Gandhi family that believed their censored untruth."Vinaashakaale Viparita Buddhi" is its fitting epitaph.