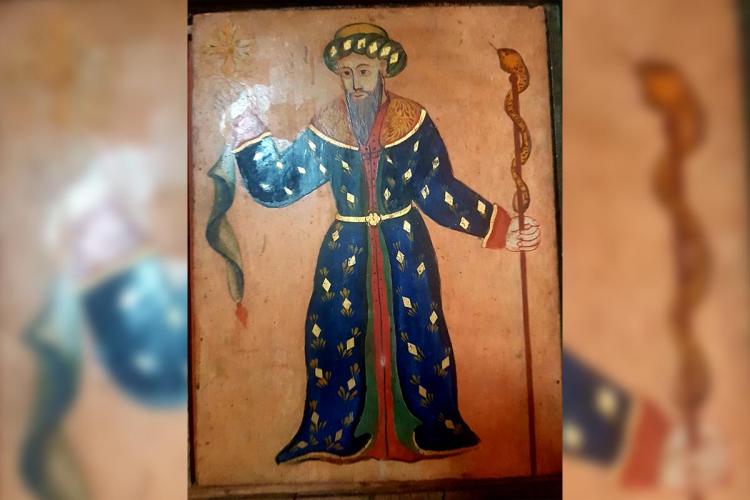 During his time in Kerala, Mar Gabriel became an important spiritual and political entity, with nearly 22 parishes associated with him.

The article below which is of historial importance, especially for the Christians of Kerala, has been recommended by Shri Varghese Pamplanil for CCV readers.  Isaac Gomes, Associate Editor, Church Citizens' Voice.

In St. Mary’s Orthodox Church or ‘Cheriyapally’ in Kerala’s Kottayam town, the recent deciphering of a nearly 300-year-old inscription on a wooden plank, has shed light on the long forgotten connection between Kerala and a Persian Bishop from the early 1700s known as Mar Gabriel. During his time in Kerala, Mar Gabriel became an important spiritual and political entity, with nearly 22 parishes associated with him and he developed considerable influence with the Dutch colonial powers.

Christianity established itself in Kerala within the first century A.D, and the local Christian community known as the Nasranis made connections with various ancient Christian communities in Persia, Syria, Asia Minor. The Nasranis used an ancient language known Syriac in their liturgy, which led to them being referred to as Syrian Christians. The Syrian Christians of Kerala had links with the Church of the East or the Persian Church, which was based in Mesopotamia, and later established itself as the main church in the Sasanian Empire. The Persian Church used Eastern Syriac Rite, which was also used among the Syrian Christians in Kerala as their liturgy.

Nestorius, the Archbishop of Constantinople in the 3rd century, began ruffling the feathers of the rest of the Christian clergy by arguing that Jesus Christ had both a divine nature as well as a human nature, and that Mary should not be viewed as ‘Theotokos’ (the Mother of God), rather as the bearer of Jesus, the human. In 431, Roman Emperor Theodosius II conveyed the meeting of council of Christian Bishops in Ephesus (in modern day Turkey) to discuss the theological views of Nestorius. The Council of Ephesus condemned the teachings of Nestorius, also known as Nestorianism, as heresy. This was reiterated by the Council of Chalcedon in 451.

The Patriarch of the Persian Church, Eliya X, decided to send Bishops to Kerala to revive the East Syriac liturgy. Therefore, in 1705, Mar Gabriel, a Nestorian Persian Bishop from Baghdad, was sent to Kerala. Interestingly, in a letter written by Mar Gabriel, he mentions that the Persian Patriarch in 1700 had sent Bishop Mar Symons to Malabar. However, before Symons arrived, he sent a letter declaring his intent to visit the region. This letter was intercepted by some Roman Catholics, who captured the Bishop and imprisoned him in Pondicherry. Following this tragedy, the Patriarch sent Mar Gabriel for the mission to Kerala. It is also possible that Mar Gabriel was senior to most Bishops in Persia, as the British Resident G.T Mackenzie in the Travancore Manual mentions that Mar Gabriel was the Archbishop of Oburbigan, a See under the Church of the East.

Mar Gabriel went to Thekkumkoor Kingdom in present day Kottayam and joined the St. Mary’s Metropolitan Cathedral in Changanassery. He tried to seek recognition from the local Roman Catholic officials but they never fully trusted him. Eventually, he was made to leave the church in in Changanassery after it was revealed that Mar Gabriel was in fact a Nestorian, which was viewed as heresy. He then proceeded to join Cheriyapally in Kottayam in 1708. Cheriyapally, built in 1579, is the second oldest church in Kottayam and is held in high regard by the local the Syrian Christian community. 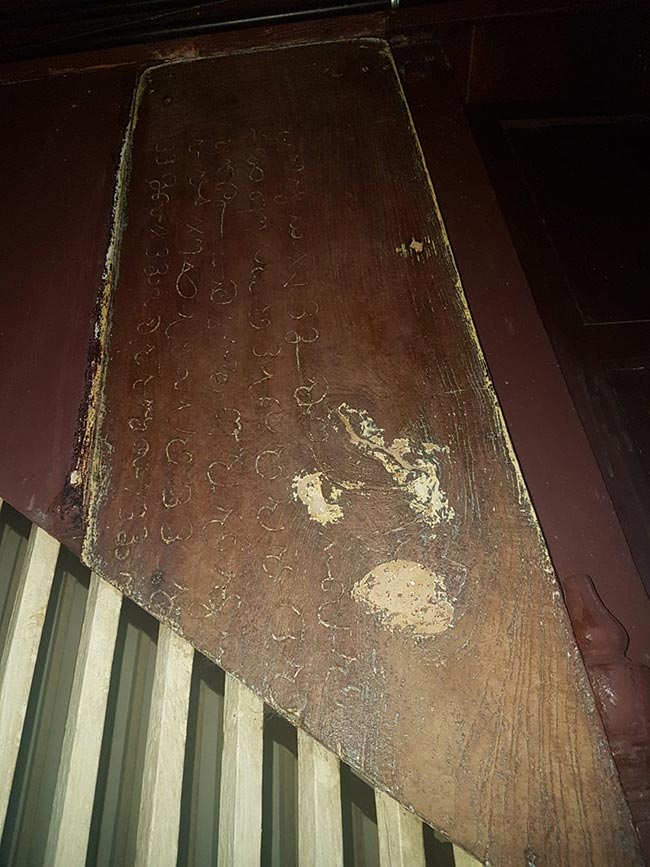 Relations with the Dutch

Mar Thoma’s successor, Mar Thoma IV, found his position challenged by the presence of Mar Gabriel who he viewed as a rival and a heretic. He therefore wrote to the Patriarch in Antioch complaining about the “Ninevite” Gabriel’s presence and how his clergy was not well equipped to counter Gabriel’s theological knowledge and skills. The letter was sent via the Dutch, who did not transmit it to Antioch, perhaps owing to their comfortable position with Mar Gabriel, who they viewed more as an ally than as a threat.

Visscher in one of his letters provides us the only surviving description of Mar Gabriel. In his letter he wrote:

“Mar Gabriel, a white man, and sent hither from Bagdad, is aged and venerable in appearance, and dresses nearly in the same fashion as the Jewish priests of old, wearing a cap fashioned like a turban, and a long white beard. He is courteous and God-fearing and not at all addicted to extravagant pomp. Round his neck he wears a golden crucifix. He lives with the utmost sobriety, abstaining from all animal food. His house, rather a large one for the habits of the Malabar people, is situated on a hill in the kingdom of Tekkenkoer. He holds the Nestorian doctrine respecting the union of the two natures in our Saviour’s person.”

Syrian Christians discontent with Mar Thoma IV began to follow Mar Gabriel. Nearly 22 churches came under his influence. He also tried introducing traditions of the Persian Church. It is said that during his stay in Cheriyapalli, the three day-feast, a ritual of the Persian Church, was observed. He used the donations of the devotees to purchase paddy fields, and the rice that was harvested from the fields were used for the feast. He also advocated allowing priests to get married and to discard the Catholic custom introduced by the Portuguese which prescribed celibacy for priests.

In 1729, Mar Thoma IV’s successor, Mar Thoma V, wrote to the Dutch Commander in Cochin complaining against Mar Gabriel. The Dutch requested one of their distinguished chaplains, Rev. Valerious Nicolai to sort out the problems between the two bishops. Nicolai wrote to Mar Gabriel and to Mar Thoma, pointing out that both of them were following heresy and offered to show them the ‘true way.’ Mar Gabriel responded negatively to this unsolicited advice, whereas Mar Thoma said that he could not deal with doctrinal issues without the permission of his Patriarch in Antioch.

On 8th February, 1731, Mar Gabriel passed away and was buried in Cheriyapally. As he had not appointed a successor, the mission to re-establish the Eastern Syriac Rite as the dominant liturgy also ended with his death. A feast was observed every year in memory of Mar Gabriel, until this practice was later abolished by Patriarch of Antioch. Unfortunately, those who viewed Mar Gabriel as a heretic due to his Nestorian beliefs, destroyed his tomb in Cheriyapally. The debris from the tomb was later used for building the staircase of the office building of Cheriyapally. A wooden plank which supports the staircase, with the old inscription about the burial of Mar Gabriel in Cheriyapally is now the only remaining historical artefact connecting the history of Kerala with the forgotten Persian Bishop.

Arvind Kurian Abraham is a lawyer specializing in constitutional law. He writes on law, history and politics.