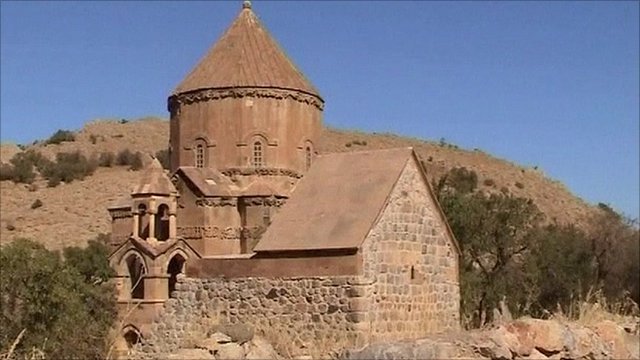 Baghdad, Iraq, Nov 26, 2015 / 06:01 am (CNA/EWTN News).- The construction of a new church building in a Baghdad refugee camp has encouraged the camp's inhabitants, as they now have a place for worship and for activities during the week.

According to Amigos de Irak (Friends of Iraq), a project of the Institute of the Incarnate Word, the church, named for the Virgin Mary, was dedicated during a Nov. 13 Mass.

The Mass was said by Archbishop Jean Sleiman of Baghdad, and concelebrated by priests of the Institute of the Incarnate Word and representatives from the nunciature, the Domician community, and local churches.

It was attended by Archbishop Ephrem Abba Mansoor of the Syriac Archeparchy of Baghdad, and by an Orthodox priest who is the refugee camp's general manager.

Archbishop Sleiman's homily reflected on “the suffering of refugees which will certainly not go unrewarded,” and following the Mass each family were given a picture of St. John Paul II.

The construction of the church was possible thanks to donations coming from different parts of the world and with help from the pontifical foundation Aid to the Church in Need.

Amigos de Irak commented that “building in Baghdad is very expensive, so we reused materials from the temporary camps where we received the refugees when the conflict began.” The engineer in charge of the project, Abu Rami, did not charge for his work, and also helped out with the purchase of some materials.

They explained that Mass will be said in the church on Saturdays and Sundays, and it will be used for other activities during the week.

“Because there are so many needs, we try to make the most of the resources we have. But that doesn't matter! It's like every work of God, poor but abundant in fruits! And everyone worked on it! The refugees who are enjoying it and you who made it possible,” they said.