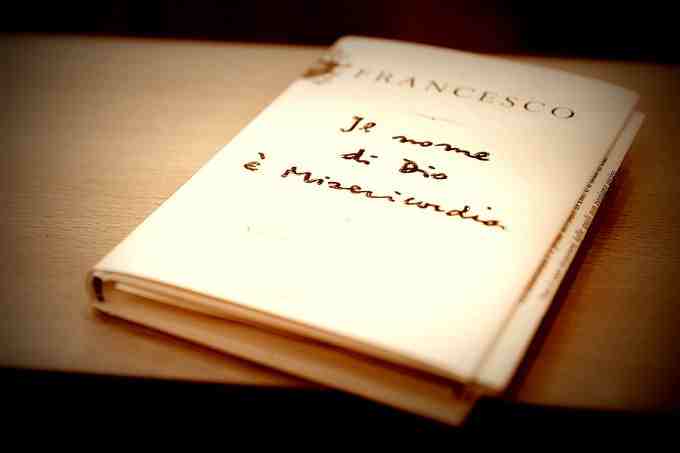 (Note: Finally the long awaited document which was supposed to be consensus of the world of bishops in the two-year family synod is going to come out on April 8th as an exhortation of Pope Francis, because the learned, holy bishops could not reach a consensus on many points even after deliberating over it for two long years. Definitely, this is not a tribute to the maturity, ability, leadership and holiness of the bishops to reach agreement even on necessary things. They are still children and a Father figure has to intervene to say: “stop bickering, just do what I say!” to get moving forward. The gestation period for the document was two years, as nine months the time for the arrival of a child conceived, in the present case last October. It is now delayed by nearly six months. From last October Francis or his team was chewing the cud or doing the Palazhi Mardanam (stirring the milky sea of Hindu scriptures) to get the Nectar out of the vast documents produced by the two year marathon Episcopal discussion. Will Francis deliver an oversized child (revolutionary one)?  It can’t be an emaciated one, bypassing all “controversial issues” The child is christened as “Joy of Love” (Amoris laetitia) – beautiful name indeed – it can’t be anything less than the Canticle of Canticles. All know for sure that “in love and war all is allowed”, there can’t be no taboos or sanctions like SIN(venial,mortal) and hell fire to halt one’s onward march. Sin is as simple as child’s play – falling and getting up while learning to walk. I elaborated it elsewhere in a book and denying communion for the civilly married etc, is as ridiculous like expecting Francis ordering the modern “betraying Judases, doubting Thomases, denying Peters, power hungry Jameses and Johns etc. to get out of the Lord’s Last Supper table (communion). Jesus never did that, some bishops insist doing it, but I can’t expect a Francis Pappa to do it now. If the opposite thinking is enforced there will be left on the dining table only Jesus and John the beloved disciple — more than friends and even “lovers” lost in the  unalloyed orgasm of celestial bliss. So no use asking people not to expect anything revolutionary. It has to be a “bomb

shell”, not something “bland”, not a mountain giving birth to a mouse. CCV will expect that on April 8th or be the first happy one to be thoroughly disappointed saying “I shall drink it if this chalice can’t pass.” More elaborate discussion after after 8th. james kottoor, editor)

VATICAN CITY: Pope Francis’ widely anticipated document on Catholic family life which may touch on sometimes controversial issues like divorce and remarriage and same-sex marriage — will be released on April 8, the Vatican has announced.

The document, the result of two back-to-back meetings of global Catholic bishops at the Vatican in 2014 and 2015, will be titled “Amoris laetitia, On Love in the Family.” The Latin title translates in English as “The Joy of Love.” It will be presented at a press conference April 8 by Cardinals, Lorenzo  Baldisseri  and  Christoph Schonborn, alongside Italian lay people Francesco and Giuseppina Miano.

The document follows two church gatherings known as Synods of Bishops. Baldisseri leads the Vatican office for the Synod.Francis sparked much debate and anticipation by calling back-to-back Synods of Bishops in 2014 and 2015 on the topic of family life. Preparation for those worldwide meetings of bishops included diocesan consultations with lay and ordained experts and, in some places, open surveys of the faithful about the state of family life.

At the close of the October 2015 synod in Rome, some 270 bishops issued a lengthy document, meant to advise Francis. That document notably recommended a significant softening of the church's practice toward those who have divorced and remarried.The pope’s new document, known formally as an apostolic exhortation, is expected to sum up the debates and decisions of the closely watched synod meetings. The pontiff may also make also new decisions concerning the church’s pastoral practices.

Information about the exhortation has been scarce. Several reports have indicated it is rather lengthy, perhaps even as long as 200 pages. The pope is reported to have formally signed the document March 19, the feast day of St. Joseph and the day marking the inauguration of his papal ministry in 2013.One of the participants of last year's synod said earlier in the month that while he does not expect the exhortation to be a "bombshell" document, that "doesn't mean it has to be bland or beside the point."

"I expect the papal document to be a typical Bergoglio combination of challenge and encouragement," said Archbishop Mark Coleridge of Brisbane, Australia, using Francis' family name. "This pope has a strange ability to say things which can be quite searing but end up being heartening."

Coleridge, who attended the 2015 synod as one of two prelates elected by the Australian bishops, said he hoped Francis could both encourage people who are married or contemplating marriage while "unmasking some of the lies and half-truths that have gathered around marriage and the family in more recent times."

Bishops attending last year’s four-week Synod were known to have discussed such issues as divorce and remarriage, the use of contraception, and same-sex marriage. Some of the most controversial conversations centered on church practice toward Catholics who divorce and remarry without obtaining annulments of their first marriages. Current church practice prohibits such persons from receiving Communion.

The final document of that Oct. 4-25 meeting seemed to move decision-making for how divorced Catholics participate in the church to private conversations between individuals and pastors in dioceses around the world.Suggesting use of what is called the "internal forum," the document said priests can help remarried Catholics "in becoming conscious of their situation before God" and then deciding how to move forward.

"The conversation with the priest, in internal forum, contributes to the formation of a correct decision on what is blocking the possibility of a fuller participation in the life of the church and on steps that might foster it and make it grow," stated the document.The Vatican said Thursday that the apostolic exhortation would be made public at noon in Rome on April 8. It will be published initially in Italian, French, English, German, Spanish and Portuguese.