The monarchical church and its clericalism 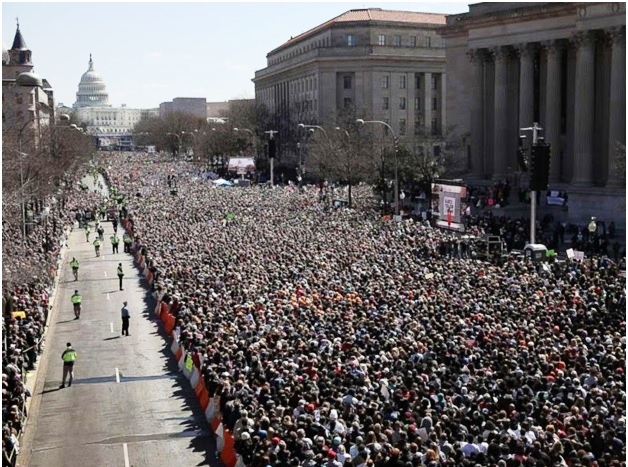 Note: Here Pamplanil gives a brief picture of the sorry state of the church in the context of sex abuse and auricular confession.

The church with its middle-age concept centralised authority, refuses to grow into  modern times of democratic rule as the best, so far found by thinking generations. What the church does is, for protecting the selfish interests of its craze for power, wealth, show and posh living without sweating.

All these are seen as absurd by the intellectually alert laity. That makes them revolt. When the latter fail  to  make the clerics open their eyes to this truth, they just leave and become the “Nons” and try just to follow the ‘Crazy’ Carpenter of Nazareth. The sumtotal of his life and teaching was “Manava Seva, Madhava Seva” (Service to humanity is service to divinity).

Jesus did it by living the life of a homeless mendicant preacher, doing good to the needy, marginalised and oppressed. In CCV’s terminology he lived the CATTLE CLASS life. His hallmark was identifying with the last, least and lost, self-emptying, not self-projecting, to the extent of washing the feets of his betrayers, deniers and doubters.

That is what makes the present church structure is a counter witness to that of Jesus. This insight  prompted the present Pope to make his pyramidal Church stand on its head. The  worldly comfortable  top brass in the church oppose it tooth and nail.

So the war of words and deeds goes on unabated. The outcome of the battle is anybody’s guess in spite of the doomsday predictions of persons like Nostradmus. We wish writers like Pamplanil to throw more light highlighting facts than fiction into the present galloping confusion. james kottoor, editor ccv.

Please read below Pamplanil’s thoughts on

ross the world, centralisation of authority, power  and arbitrary rule are on the way out. Some totalitarian autocratic regimes suppressing the Will of the People do exist. Time is running out for them and hopefully this illogical  aberration  may not last long.

At the time Emperor Constantine cobbled up one particular version of Pauline Christianity, hardly 5% of the general population was able  to read and write, the literate ones beings monks. Hence the  Rome headquartered monarchical Church with its Cardinals (a relic of Rome’s civic administration), supervisor turned rent collector bishops – typical of feudal set up – assisted and by foot soldier parish priests could hold on to its sway till the Papacy was divested of its  temporal power as result of the Italian Reunification and seizing of  vast papal estates. Bismarck appropriated the extensive properties of Church making it dependent on the German state for financial survival. The French Revolution had  changed the contours  of European society including the Church as never before. Nowadays the Church maintains its hegemony in disease-ridden, mentally skewed up, uninformed, superstitious, fear ridden, intellectually and economically backward communities. PEW research has highlighted this position. Across the modern world, the foundation of the Church is caving in. Rampant sexual aberrations of clerics, unbridled amassing  of wealth by resorting to  looting of gullible believers by greedy clerics and associated financial corruption have quickened  the process of  downfall of the Catholic Church.

The histories of human civilisations would show that thousands of  gods and their minions had fallen on the way never to return. A large number of religions had come and gone. The  monarchical clerical dominated Catholic Church with its “one in three, three in one God, and human God born to a pristine virgin fathered by one of the godhead in asexual way –  an impossibility – cannot be an exception.

It may be time for the believers to evaluate the relevance of an overbearing Church in their lives.  The world has travelled a long way during the last two thousand years. It may be pertinent to point out that Paul of Tarsus had radically distorted the persona and views of the historical Jesus. The Church we have today is the one cobbled up by Emperor Constantine in CE 425 in the Greco-Roman mould.

The Church controls its members by injecting sense of sin and guilt in the psyche of the believer from infancy. The cardinal sin, according to the Church, relates to human sexuality. To denigrate the precious gift of nature for the perpetuation of the species is a travesty. Mutually satisfactory sexual activity between consenting persons enhances the participants’ happiness, medical research has shown.  It is a tonic for the mind and body. To equate sex with sin and guilt is absurd. Compulsory celibacy enjoined upon Catholic clerics is the “mother of all sins”. This distorted prescription seems to have resulted in pedophile clerics and their sexual aberrations.

Another villain of the lot is auricular confession to a cleric.

Decentralised autonomous regional set up with elected pastors/leaders to cater to the spiritual needs of specific communities (not the Pentecostal types) would be an alternative. The role of democratically elected pastors ought to be confined to spiritual sphere alone. All other activities of the community such as running educational and other institutions should be supervised by competent members of the community. The behaviour of the pastor maybe diligently overseen by the community concerned. His/her accountability ought to be to the community and not to any person of a foreign land.

Informed discussions and constructive dialogues will be helpful. Rules and prescriptions imposed by some external authority has no relevance to the generally well informed modern society. An enlightened society can take care of itself.

The Nazarene community was brought under the overlordship and suzerainty of Rome only at the end of the 16th century at  the behest of the Portuguese.

In an autonomous decentralised set-up, power-mad, money-grabbing autocratic bishops would be redundant. They may well seek greener pastures in terms and wealth and comfort in Australia, Europe, US etc. They may meet the needs of the Church in view of the acute shortage of clerics there. A large number of sexual offender deviant Catholic clerics in these countries are cooling their heels in prisons. In the migrant countries, the uppity clerics may be made to behave; the legal system there does not discriminate or differentiate between a self-styled Lord Bishop and the sweeper of the church.

The social and intellectual world is in perpetual flux. Religion is no exception. Ideas cannot be tethered. Humans are intensely intellectually  curious and exploring. It is thought that differentiates  the Homo sapiens from other animals.