So, what are these ‘Missionaries of Mercy’ actually doing? 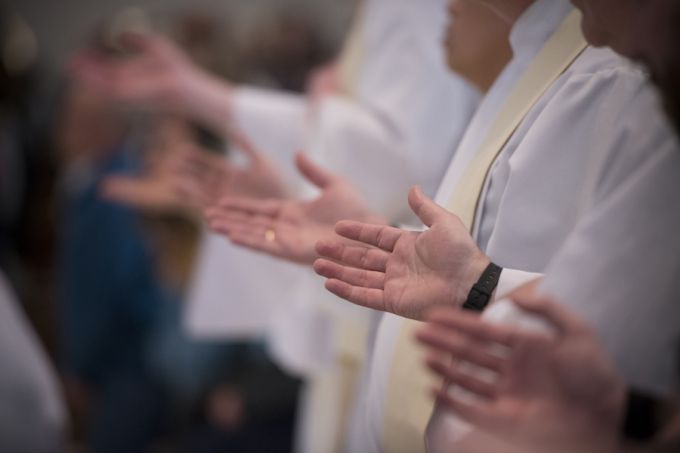 By Elise Harris Vatican City, Mar 11, 2016 / 03:03 am (CNA/EWTN News).- On Ash Wednesday Pope Francis commissioned more than 1,000 priests who were sent out around the world as ambassadors of mercy.

But for many the question still remains: what are they actually doing?

For Fr. Roger Landry, a Missionary of Mercy hailing from the diocese of Fall River, Mass., their role involves two primary aspects: preaching about mercy, and making it concrete through the Sacrament of Confession.

“The two things Pope Francis has asked us to do during this year are to preach about mercy, much like St. Paul said to all Catholics in the world on Ash Wednesday, (and) to continue Christ's mission of reconciling the entire world to God the Father in him,” he said in an interview with CNA.

He said this mission is essential to both the priesthood in general, as well as Pope Francis' vision for the Jubilee of Mercy.

Pope Francis has called the Missionaries of Mercy to be “signs of this mercy of the Lord,” he said – and the first aspect of this call “is to make ourselves very available in bringing about that reconciliation of God through the sacred ministry of Confession.”

“The second main thrust of this year is for the Missionaries of Mercy to preach about mercy” much like Christ did in his parables of the Lost Sheep, the Lost Coin and the Prodigal Son.

Fr. Landry, who also works for the Holy See's Permanent Observer Mission to the United Nations in New York, was one of the 700 some missionaries who made it to their official commissioning by Pope Francis in Rome Feb. 10, on Ash Wednesday.

More than 1,000 priests have been selected as missionaries from every continent to be Pope Francis' special ambassadors of mercy throughout world.

In addition to the emphasis on their role as preachers and confessors, the Missionaries of Mercy have also been given two special faculties that are usually unavailable to the average priest. First, they will not be limited in geographic location in terms of hearing confessions.

Usually a priest has to ask permission from the local bishop before hearing confessions in a diocese other than their own, however for the Missionaries of Mercy that is not the case.

Namely, they are: Profaning the Eucharistic species by taking them away or keeping them for a sacrilegious purpose; the use of physical force against the Roman Pontiff; the absolution of an accomplice in a sin against the Sixth Commandment (“thou shalt not commit adultery”) and a direct violation against the sacramental seal by a confessor.

Bishops will be able to contact Missionaries of Mercy nearby and invite them to come to their dioceses.

Fr. Landry said that when the missionaries are invited by a bishop to come to a diocese, the concrete things they'll actually do depends on what that particular bishop wants.

“Every pastor, every bishop that writes a Missionary of Mercy in will have a general idea of how best to put him to work,” he said, explaining that in most places they will likely be invited to preach and hear confessions in forums such as congresses, youth conventions, events for families and pilgrimages.

Pope Francis is clearly trying to send a message, that don't let any sin keep you away, no matter what you've done.

Fr. Landry stressed the importance of taking advantage of the Sacrament of Confession, especially during the Jubilee of Mercy. He noted how Pope Francis has often said that his own life changed Sept. 21, 1953, when he was just 16 after spontaneously asked Fr. Carols Ibarra Duarte to hear his confession in the basilica of San Jose of Flores in Buenos Aires.

What the future priest and Pope encountered was “God there waiting for him,” Fr. Landry said, adding that this is what Francis now wants for everyone: “an encounter with God and his mercy.”

This is especially obvious from the fact that the Pope is allowing the Missionaries of Mercy to absolve certain reserved sins, he said.

“Pope Francis is clearly trying to send a message, that don't let any sin keep you away, no matter what you've done…even if your sins bleed scarlet don't be afraid, just come.”

The act of allowing an average priest to remove the censures in place due to certain grave sins is an way of reaching out to people carrying “extraordinarily heavy interior baggage,” and telling them that the Church “is waiting for them with a welcoming mat, saying 'come,'” the priest said.

Fr. John Paul Zeller, a Friar with the Franciscan Missionaries of the Eternal Word and a Missionary of Mercy from Birmingham, Ala., told CNA that when it comes to absolving the reserved sins, there is a special formula that confessors use which lifts the censure incurred when the sin was committed.

He said that even though the nature of the reserved sins is serious, the sacramental seal of the confessional still applies.

“It has to be understood that this is under the seal of confession, and it’s done under what we call the internal forum, and nothing can be revealed that was confessed,” he said, adding that the penance and process of reconciliation for each penitent who confesses one of the reserved sins will be different.

“Every one of us, sinners that we are, when we go into the confessional are unique. None of us are all the same, cookie cutters. It’s not like we’ve got a boxed answer,” Fr. John Paul said, noting that some cases might be dealt with quickly, while others could take longer depending on the person.

No matter what the case is, he stressed that as Missionaries of Mercy “we need to trust that the Lord will give us the grace and the proper words to say, the proper disposition, to hear and to welcome a repentant sinner back.”

However, he explained that the process of reconciliation involves more than just absolving the person, lifting the censure in place and then sending them on their way.

It also involves the question of “what’s going to happen now?” Fr. John Paul said, and compared the process to that of a person who's ill and needs healing from a doctor.

“We’re all sick on a spiritual level, we need God’s grace and healing, especially someone who’s in mortal sin,” he said, but noted that in dealing with doctors, some patients need more time and attention.

“So I think in some of these particular instances there’s going to be perhaps a more penitential path suggested in the confessional.”

For his part, Fr. Landry voiced his hope that his colleagues at the Holy See’s mission to the United Nations delegates from other nations would be able to find “a little spark of the mercy of the Lord” in him and in his role as a Missionary of Mercy during the jubilee.

This spark “is what everybody should be able to see in every priest who works, no matter what type of pastoral work they’re doing,” he said, adding that everything the Church does in one way or another is all about mercy.

“At the United Nations, the Holy See’s mission tries to share with the nations of the world the two thousand years’ worth of wisdom of the Church and her teaching on social issues,” he said, and expressed his hope that this mission would benefit from emphasis placed on mercy during the jubilee.