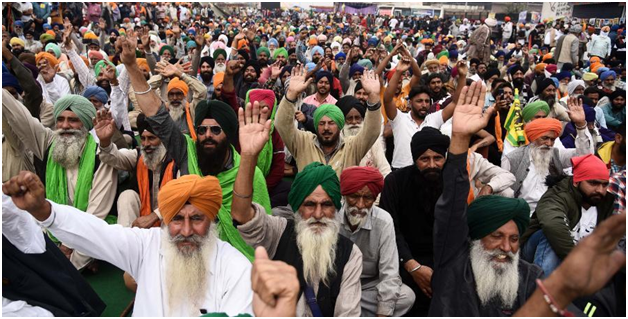 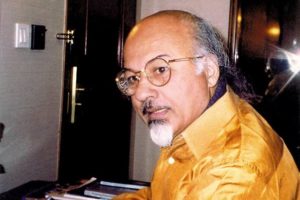 The reality that stares at the world today is that farmers are on the rise in India and that there is no one in the Government who can even discuss matters with them.

Very, very important, timely, eye-opener is the article by TJS Gerge a regular TOP columnist in the New Indian Express, is given below! It is self-explanatory.

It is more against corporate traders like Adani and Ambani who are manipulating the ruling class of the country for their own advantage to make a fast buck to become billionaires at short notice!

The two week long farmers’ protest in their millions has drawn global attention to prompt comments from BBC, New York times and national heads like Justin Trudeau of Canada in support. It brought rebukes also from some of our petty politicians on diplomatic grounds that one should not interfere in another country’s internal affairs.

If so, what about the whole world commenting on  the defeated Trump? Why? Because instant communication has reduced the whole world into a Global village, cancelling all manmade borders! What affects one affects every other in today’s close knit nations, for good or bad.

Today, like it or not, we are and have to live in one world, as family members supporting each other, not fighting. We all have to hang together to avoid the risk of hanging separately. A divided family cannot stand. It is an existential issue of survival!

In this context think also of the new pompous controversial new Parliament building for which the foundation stone has been laid. It is exemplary as long as it is led by a spirit of healthy competition for others to imitate, not led by a spirit of “better than thou” spite and pride.

Parliament is to discuss!

This is put to test by examining, if India is making good use – nay even the basic use –  of the parliament we already have. If not who is to blame? A parliament is not a place to have gala party but to thrash out the nation's burning issues to reach consensus on agreed plan of action, not to enforce rules through  ordinances at the will of one or two at the top.

The main demand of agitating farmers is that they do not get even the  Minimum Support Price (MSP) for the produce of their hard labour on the soil. On that hangs all the three laws recently enacted which they want to be annulled, since the profit is stolen by the third party traders and marketeers who don’t sweat.

Let us hope that a democratic open discussion with no strings attached takes place on the three bills enacted to the satisfaction of the agitating farmers. james kottoor, editor ccv.

Something India has never seen before is happening now. Tens of thousands of farmers are on the march. Remarkably, there is no political party behind them, nor any identifiable leader. If ever there was a "people rising", this is it. Spontaneous. Natural. And for those reasons, it is full of power and potential.

With 96,000 tractors and 12 million farmers, this is a humongous movement. It is also sensational because the farmers have named Adani and Ambani as their enemies. These names provide Narendra Modi's backbone. The confrontation, therefore, is basically against Modi.

The unusualness of this phenomenon has caught world attention. It has been headline news in BBC and The New York Times. Canada's Prime Minister Justin Trudeau threw diplomatic convention to the winds and expressed support to the farmers.

India put on its highfalutin diplomatic hat and protested. The Canadian High Commissioner in Delhi was summoned by the Government and a demarche served on him. Canada defied India and said that it would always support the people's right to protest peacefully. Canada has Sikhs in its cabinet. Old-world diplomacy has no chance against today's realities.

The reality that stares at the world today is that farmers are on the rise in India and that there is no one in the Government who can even discuss matters with them. Prime Minister Modi was evidently too unsettled to meet the farmers in person. The statements he made were typically pompous which showed that he had either lost the plot or was unable to comprehend things.

He said that "people-centric, people-driven and planet-friendly development has become part of the BJP-led government’s way of governance" and went on to declare that he had freed farmers and rural economy from years of slavery, that they would now have the freedom to sell their produce anywhere. What bombastic hogwash. Evidently, the PM has no clue as to what is going on, and he thinks that the people can be easily fooled.

The farmers have not only proved that they cannot be fooled; they have shown that the Prime Minister is isolated from the mainstream of Indian sentiments. They seem to know that Modi is more gas than substance.

The substance part is tied up with corporate mandarins. Modi was always open about his indebtedness to them. To assume the office of PM, he flew from Gujarat to Delhi in a private Adani jet, an open acknowledgment of his obligation to the tycoon. Adani is an expert in using political connections for business advantage.

He did that in Australia in ways that made the pubic put up placards saying "stop Adani". India is different. Since Narendra Modi came to power in Delhi, Adani’s network increased 230 per cent to more than USD 26 billion on the strength of government tenders to build infrastructure projects.

The respected newspaper Business Standard once used a Navjot Singh Sidhu quote as the heading of a news story. It was: “Is Modi a PM or business development manager of Ambani, Adani?” It is this union of power and profiteering that is challenged by the marching farmers. For long years, India’s farmers have been suffering silently.

The extent of suffering during those years is not easy to believe. About three lakh farmers committed suicide in India since 1995. In Maharashtra alone, in just one year, 2019, there were 60,000 farmer suicides. Most of them used pesticides which make death agonising and gut-wrenching.

Low prices for their produce and cruel practices of money lenders are the most familiar factors behind the desperation of farmers. There are laws to protect them from precisely these factors, even to ensure MSP. But laws prove toothless when conniving officials join hands with money lenders and corporate players who fatten themselves at the expense of farmers.

A corruption-free government would have made a difference. But there is no such government even in our museums. That is one of the reasons why the farmers’ protest is a historic phenomenon. All efforts by Amit (I’m-always-right) Shah to make peace with marchers failed.

His isolation was further underlined when more than a dozen political parties supported the call for Bharat Bandh last Tuesday. Clearly, there is a general feeling that the farmers’ cause is legitimate unlike the stand adopted by Amit (I-cannot-be-wrong) Shah.

But what happens if the Prime Minister sees every protest as questioning his immaculate leadership qualities? That is the problem with leaders who are immaculate, a term which means 'perfectly clean, pure as pure can be'. Pure? Our PM?