Militant outfits in Manipur – Editorial in the Statesman 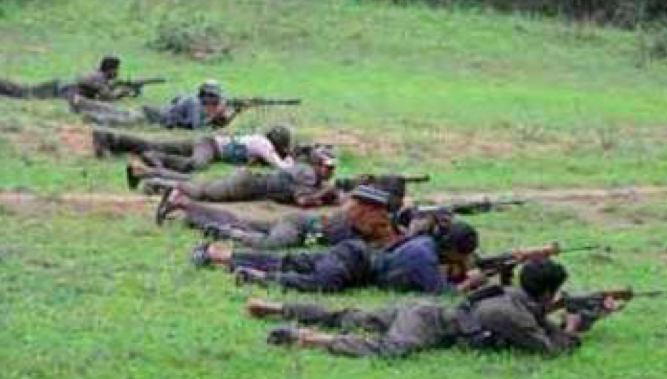 (Note: Call a dog a bad name to hang it. That is how politicians and rulers sometimes deal with those who revolt against discriminatory or exploitative state policies. The Nagalands have the dubious distinction  of being treated as second hand states. Naxalites are a set of people who revolt most to get their due share of development

undertakings in their region. As in the case of terrorists from ISIS these too must be dealt with understanding to right the wrongs they are suffering from local or union goverments. That is not to justify all the violence resorted to get attention using force. First out own house must be made free of terrorist. Only then we can deal confidently with terrorists from Pakistan or ISIS. james kottoor, editor.

Among the Northeast states Manipur has the largest number of militant outfits, officially 20, the dominant being the United National Liberation Front headed by RK Meghen, aka Sanayaima, an icon of sorts in the state, and also perhaps the most educated among militant leaders. Assam also spawned a number of them and Ulfa, under the chairmanship of Arabinda Rajkhowa, emerged prominent.

In 1980 the Angami Zapu Phizo-led Naga National Council-which declared independence on 14 August 1947- split, leading to the formation of the National Socialist Council of Nagaland.  Eight years later it split yet again with one headed by Isak Swu and Th Muivah and the other by SS Khaplang.

In December 2009 when Bangladesh handed over most Ulfa leaders they were warmly received in India. Before settling for formal peace talks they were freed on bail and were treated as “heroes.” But those who lost their near and dear ones because of their revolutionary zeal are not likely to forgive them easily. The latest to receive the hero’s welcome was Ulfa general secretary Anup Chetia. When Rajkhowa insisted on Chetia’s presence the Centre even signed an extradition treaty with Dhaka to bring him to India.

When Swu and Muivah arrived in Delhi in March 2003 for formal talks they were accorded a warm reception.  Not only did the then BJP Prime Minister AB Vajpayee meet them, he also accepted the Naga’s “unique history”- that they are not Indians and were never subjugated. On a parity of reasoning, there is no reason why  when Naga and Ulfa leaders are treated with velvet gloves; Meghen is not. For two months after his arrest his family was kept in the dark about his whereabouts.

Conflicting reports were floated. One said that after his arrest in Dhaka he was flown to Delhi in an Indian aircraft.  Another said Meghen was arrested from along the Indo-Nepal border, giving the impression to the public that he was apprehended while trying to flee to the neighbouring country. It is said Meghen was all along blindfolded when he was taken to Kolkata. Now lodged in Guwahati jail, Meghen is undergoing trial, apparently for taking up arms against the State.  Significantly, so far no militant leader is known to have ever been tried and given a jail term.

Meghen runs a well-fortified and disciplined outfit somewhere along the Manipur-Myanmar border. The security forces are aware of it but Delhi is yet to muster the political will to destroy it. Meghen does not have to worry about the future of his outfit, it is in the capable hands of his deputy. Perhaps a different approach is required with this front as well.