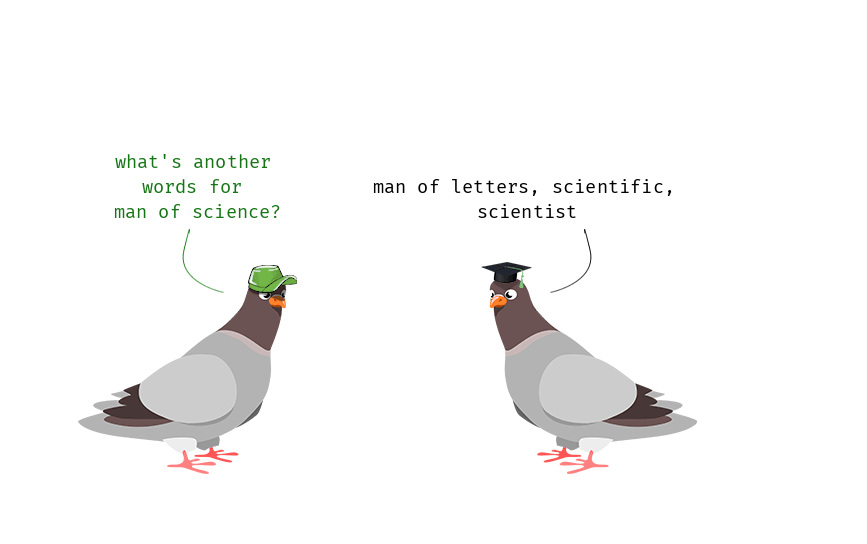 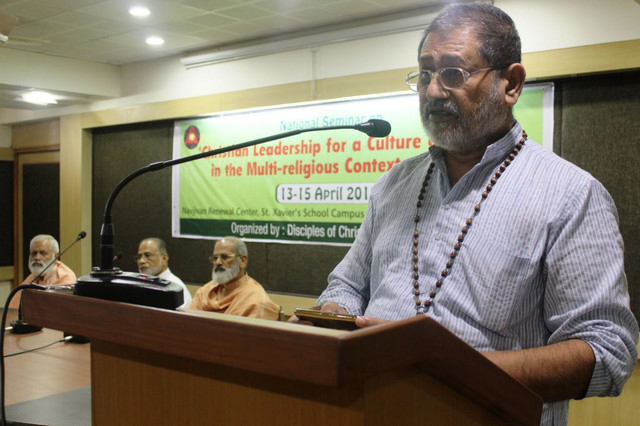 Chhotebhai speaks at the National Seminar on “Christian Leadership for a Culture of Peace in the Multi-Religious Context of India”. It was held from 13th to 15th April 2018 at Navjivan Renewal Centre (NRC), Delhi.

A recent pastoral letter by Archbishop Anil Couto of Delhi has stirred up a hornet’s nest. Maverick BJP MP Subramaniam Swamy went to the extent of demanding the closure of the Vatican Nunciature in Delhi. There have been heated TV debates. I also saw a video of a Hindutva group stomping on the images of the archbishop and even Pope Francis, in front of the CBCI headquarters in Delhi.

This is déjà vu. A similar controversy was created last year by a letter written by Abp Thomas Macwan of Gandhinagar, Gujarat, just before the assembly elections held there. The BJP then milked the letter dry to allege some kind of a Christian conspiracy to subvert the elections there.

Yet some have hailed Couto’s letter as prophetic. The All India Catholic Union (AICU) has hailed the letter as bold and worthy of emulation by all the bishop’s of India. It is time to dispassionately look at these pastoral letters described as “innocuous” and “innocent”, that were just prayers for the good of the nation. What did these letters purport to say? What did they hope to achieve and what has actually happened since their publication?

First the letter of Macwan. It is dated 21st November 2017. It is not a pastoral letter addressed to the 21,503 Catholics of his diocese, of whom 10,000 may have been registered voters. Even if every one of them had voted those numbers would have mattered little. The letter is actually addressed to “Your Eminences, Graces, Lordships”, a Constantinian honorific for our hierarchy. What did Macwan expect the bishops to do with his letter?

Let us now examine some of Macwan’s statements. He states that “the results of this election are significant … the secular and democratic fabric of our country is at stake … Not a single day goes without an attack on our churches … nationalist forces are on the verge of taking over the country.” He then asks for the recital of the rosary because through it “Communist Governments and dictators have been humbled in the past” and because “it brought the level of abortions down from 30% to 4%. It will save our country from nationalist forces too”!

It does not require rocket science to deduce that this is in no way a pastoral letter exhorting the faithful to pray. In reality it is a politically charged one seeking to defeat the BJP in the State. What really got the peoples’ goat was the reference to “nationalist forces”. Had he used the term “pseudo-nationalist or communal forces” it would not have been so bad. Ever so often there is just a small margin between good and bad. Macwan’s detractors turned the argument on its head claiming that he was anti-nationalist. So what did the letter achieve? Nothing. On the contrary it endangered the entire Christian community, not just the 21,503 Catholics of Gandhinagar archdiocese.

The claims about Mother Mary’s impact on bringing down Governments or reducing abortions were redundant. In India the Communists are in the vanguard of protecting Minority rights, so what was the need to needle them with such an insensitive statement?

With so much muck on our faces one would have thought that our bishops would have learned their lessons, to be more circumspect and judicious. Not so. Couto’s letter dated 08 May 2018 is déjà vu, history repeating itself, because we haven’t learnt from our mistakes. Couto’s letter Ref No JM/193/2018 is addressed to “All parish priests and Religious Institutions” in the archdiocese. The subject is “Prayer for our Nation”. Perfectly innocuous and innocent so far. Till we get to the text of the letter. It states that we are witnessing a turbulent political atmosphere which poses a threat to the democratic principles enshrined in our Constitution and the secular fabric of our nation” It goes on to say “As we look forward towards 2019 when we will have a new Government let us begin a prayer campaign”. This appeal also has an invocation to Mother Mary. The prayer, which is apolitical, is attached to the appeal letter. It prays for the legislatures, the judiciary and the media; as also the dalits, tribals and marginalized, for good measure. The drafting sounds strangely familiar!  Such intentions are also par for the course in our Sunday liturgies, so nothing wrong there.

But the letter itself is neither innocent nor innocuous. The reference to forming a new Government in 2019 is a clear indicator that Couto is lobbying for the removal of the present BJP Government at the Centre. Let there be no pretence about it.

As with Macwan, so too with Couto, what has been attained? Only negative publicity, not just for the 76,470 Catholics of his diocese.

Over to the AICU. It issued a press release from Kolkata on 24th May, a day before its Working Committee was to meet in Dimapur. What was the urgency of this release, pre-empting the official meeting? The brain behind the release, including its language, seems to be John Dayal, the spokesperson of the AICU. The release hails Couto’s letter as bold and worthy of emulation by all the other bishops of India. What a blanket endorsement. Who was so over enthusiastic to issue this press release, without considering the pros and cons? As the National President Emeritus of the AICU I completely disassociate myself from AICU’s purported press release.

Was this letter prophetic as claimed by some? I have been greatly influenced by a book “The Prophetic Role of the Laity” by the doyen of Indian theologians, the late Fr Josef Neuner SJ. He says that the five characteristics of the prophetic office are – 1. Speaking in the name of the living God 2. The message is for actual situations, not vague or general in nature 3. The prophet is confronted with the power of evil 4. His only weapon is the Word of God, and 5. His life is no longer his own, God has taken possession of it.

By these criteria I do not find the letter prophetic. Since the prophet’s only weapon is the Word of God, I shall now have recourse to it.

“There is a season for everything, a time for every occupation under heaven … a time for keeping silent, a time for speaking … a time for war, a time for peace” (Ecc 3:1,7,8). Then again, “When the sun is setting you say ‘We are going to have fine weather because the sky is red’. And early in the morning you say ‘It is going to rain because the sky is red and dark!’ You can predict the weather by looking at the sky, but you cannot interpret the signs concerning the times” (Mat 16:2-3). Judging by the reactions alone, Couto’s statement is not only ill-timed, it has also not read the turbulent conditions that it had referred to.

In leadership programmes we are taught the “Strengths, Weaknesses, Opportunities, Threats” (SWOT) test. This does not seem to have been done. I consider Jesus the perfect management guru. Here is his advice before embarking on an ill-conceived mission. “If one of you is planning to build a tower, he sits down first and works out what it will cost, to see if he has enough money to finish the job. If he doesn’t, he will not be able to finish the tower after laying the foundation; and all who see what happened will laugh at him. This man began to build, but couldn’t finish the job, they will say. If a king goes out with ten thousand men he will sit down first and decide if he is strong enough to face the other king” (Lk 14:28-31). Here again we see that we have actually become the laughing stock of the nation, because we did not assess our own strength, and grossly underestimated the power of the opposite party to strike back with a vengeance.

Lastly, what about the prayer for dalits, tribals etc? Delhi archdiocese has 76,470 Catholics, 90% of whom would be migrants, or Govt servants fulfilling their tenures. The archbishop’s house has two prestigious schools, Jesus & Mary Convent (founded 1919) and St Columba’s (founded 1941). The former has 26 Catholics in a staff of 82, while the other has 48 out of 139. Could they not find more staff among the 76,740? In the convent there are 451 Catholic students out of 2199; and in the boy’s school there is a healthier number of 1051 out of 3214. How many of these are dalit or marginalized Christians? How many of them are tribals, other than those drawing fat Govt salaries? Shouldn’t we be introspecting before sanctimoniously praying for others?

In almost 50 years of lay ministry I have interacted with several bishops. The only truly prophetic one that I came across was the late Bp George Saupin SJ of Daltonganj, Bihar. Unfortunately, during the Emergency he was badly let down by his brother bishops.

As a committed Catholic I deeply love the Church, and firmly believe that, despite several shortcomings in its orthopraxis, it is very much the bark of Peter. This does not mean that I will keep quiet when I see some of its leaders in gross error. All of us are called to be prophets, basing our lives on the Word of God. If we do, we will not require Men of Letters telling us what to do at election time.

* The writer is National President Emeritus of the All India Catholic Union.