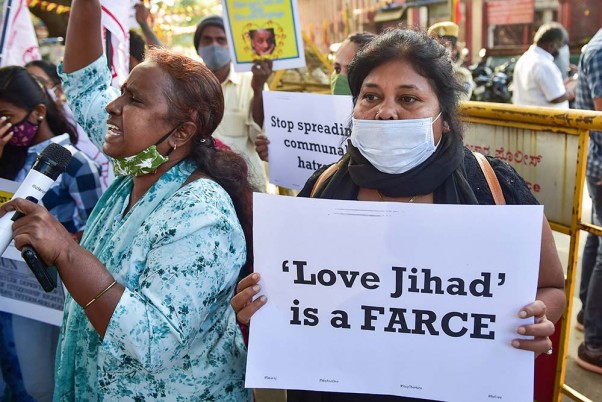 THE TIMES OF INDIA

Even for religious believers – forget the unbelievers – who assert God created Male and Female to unite and multiply – is it not an absurdity to think and reason – in this case of the State which should not have any religion – that this is to be condemned and not encouraged?

All religions irrespective of their names agree that God, if one exists, whom they define as SACCHIDANA – Sat+Chit+Ananda,  Being, Mind, Bliss, or Life eternal, Truth eternal and Love eternal. Equally, all humans including unbelievers assert humans are rational creatures. Don’t they?

That being the case how can any one logically conclude, Union of love in the service of Life (marriage), illogical or irrational? This is the question the secular courts in the country raised, in the Time’s editorial below! Do we need any clearer explanation to expose the illogicality of some of the Indian States – UP, MP, Karnataka, Assam – through a hue and cry, raising the threat, bogey of Religious conversion?

Issue is not Religion, but Individual Freedom!

No one objects to any one believing in or not believing, which is a fundamental freedom given by the Indian Constitution. Religion or one's belief is private, not for public display or its promotion (a solemn nonsense, Pope) in the countries of the world in our 21st  century! Who is to blame for this absurd anomaly, surely not the country’s Judiciary!

But it also needs the whole-hearted support of the thinking sections of  “We the People who elect the rulers of the nation.” Otherwise we the largest Democracy would be facing US the oldest one which is slowly emerging from its dark days with the advent of Joseph Biden!

For additional input we recommend, KCRM’S (Kerala) December issue of SATAHYA JWALA, dedicated to all these issues, under the title  ‘Frattelli Tutti’ One world home, for Unity in Love, for peace and joy!

Awake India, awake to continue as the LIGHT OF THE EAST acknowledged by the whole world, thanks to our ancient INDIAN GURUS AND ACHARYAS! Become once again VASDUDEVA-KUDMBAKAM wishing, praying and striving for Loka Samasta Sukhino Bavandu – promoting unity, peace and joy for all! james kottoor, editor ccv. 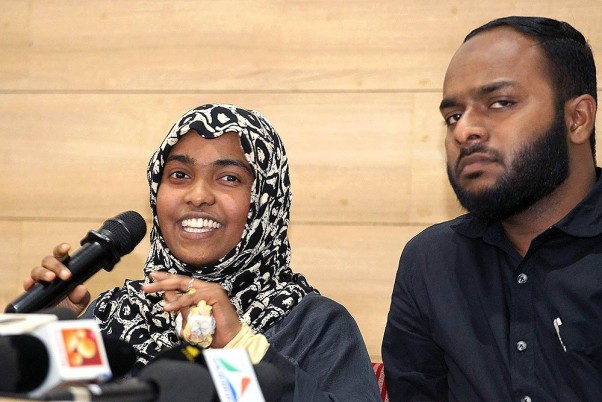 A string of high court judgments that resoundingly uphold the rights of consenting adults to marry and cohabit all but flattens the political attempts to criminalise interfaith marriages. Multiple rulings of the Allahabad high court besides the Delhi and Karnataka HCs reaffirmed that an adult’s choice of marriage is a fundamental right. The Allahabad HC decisions are significant as Uttar Pradesh’s ordinance targeting interfaith marriages has logged its first FIR and arrest. Madhya Pradesh, Karnataka and Assam have also signalled similar intent.

Terming as flawed a 2014 Allahabad HC judgment’s contention that religious conversion solely for marriage was prohibited, note the words of a two-judge bench of the same court: “We do not see Priyanka Kharwar and Salamat Ansari as Hindu and Muslim, rather as two grown-up individuals who – out of their own free will and choice – are living together peacefully and happily over a year.” Kharwar had converted to marry Ansari and this was challenged by her parents. This week, another Allahabad HC bench rooted for a live-in couple harassed by the woman’s family noting that “nobody including parents” had the right to interfere “where a boy and girl are major and are living with their free will”.

Similar views were also expressed by Karnataka HC in a Muslim man’s habeas corpus plea complaining of unlawful detention of his Hindu lover by her parents and the Delhi HC in reuniting a Hindu man with his adult Muslim wife, though the couple had eloped and married while she was still a minor. The UP “love jihad” law that invalidates and criminalises interfaith marriages and associated religious conversion through an overly broad and vague definition of “allurement” among other clauses, clashes with the spirit of the court rulings.

Eloping couples are often forced into religious marriages, and conversion too for interfaith couples, owing to the secular but unhelpful Special Marriage Act. Instead of placing onerous requirements on religious conversion including a two-month notice to the district magistrate, UP government could have eased rules for the 30-day public notice requirement under the Special Marriage Act as it involves no religious conversion. This would have deflected criticism over discriminating against interfaith marriages and helped UP in its current investment pitch by projecting a modern, progressive destination. With individual liberties at stake as trial courts start hearing cases stemming from the new law, Allahabad HC or Supreme Court must examine the ordinance’s constitutionality without delay.

This piece appeared as an editorial opinion in the print edition of The Times of India.