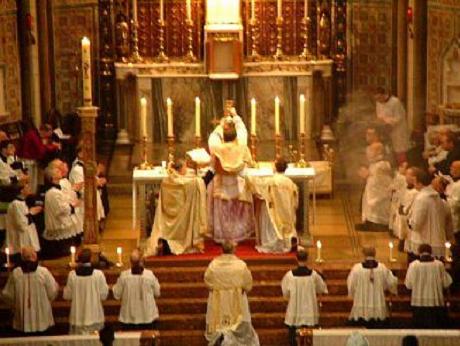 The then Cardinal Joseph Ratzinger spoke on 24 October 1988 of the Latin liturgical rites as follows: "Several forms of the Latin rite have always existed, and were only slowly withdrawn, as a result of the coming together of the different parts of Europe. Before the Council there existed side by side with the Roman rite, the Ambrosian rite, the Mozarabic rite of Toledo, the rite of Braga, the Carthusian rite, the Carmelite rite, and best known of all, the Dominican rite, and perhaps still other rites of which I am not aware".[19] Today, the most common Latin liturgical rites are the Roman Rite (either in its ordinary form or in an extraordinary form of the Roman Rite such as the 1962 version officially authorized for present-day use), the Ambrosian Rite, the Mozarabic Rite, and variations of the Roman Rite such as the Anglican Use. The 22 Eastern Catholic Churches share 5 families of liturgical rites: the Alexandrian Rite (shared by 2 churches), the Antiochene or West Syrian Rite (3 churches), the Armenian Rite (1 church), the Byzantine Rite (14 churches), and the Chaldean or East Syrian Rite (2 churches). The Latin liturgical rites, like the Armenian, are used only in a single autonomous particular church.